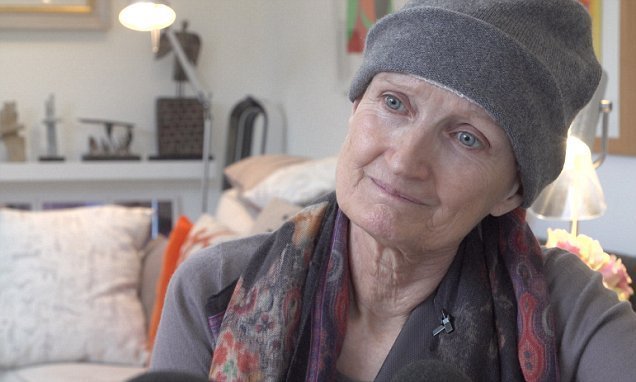 Scientists discover a chemical that causes the cells of the aggressive brain cancer that killed Dame Tessa Jowell to ‘self-destruct’, raising hope of new treatment

Scientists have discovered a chemical that can cause the cells of the aggressive brain cancer that killed Dame Tessa Jowell to self-destruct, new research suggests.

The energy supply to tumour cells, taken from patients with glioblastoma multiforme, was shut off when they were exposed to the synthetic chemical KHS101, according to the study in journal Science Translational Medicine.

It is hoped the discovery may help tackle the devastating cancer, which only five per cent of patients survive for more than five years. 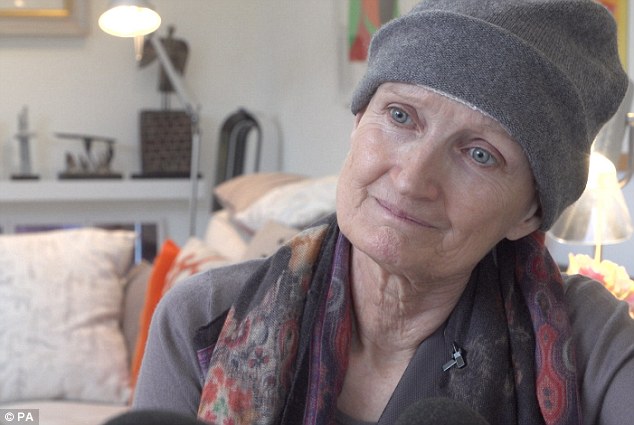 Dangerous: Glioblastoma multiforme is the most aggressive cancer that begins in the brain

Dame Tessa, a former Labour cabinet minister and peer, died in May at the age of 70. She was diagnosed with a glioblastoma multiforme brain tumour last year.

The research, led by the University of Leeds, examined the effect of KHS101 on human cells in the laboratory.

The chemical was found to disrupt mitochondria, which supply energy to cells, and the metabolism within tumour cells.

Dr Heiko Wurdak, from the University of Leeds, said: ‘When we started this research we thought KHS101 might slow down the growth of glioblastoma, but we were surprised to find that the tumour cells basically self-destructed when exposed to it.

‘This is the first step in a long process, but our findings pave the way for drug developers to start investigating the uses of this chemical, and we hope that one day it will be helping to extend people’s lives in the clinic.’ 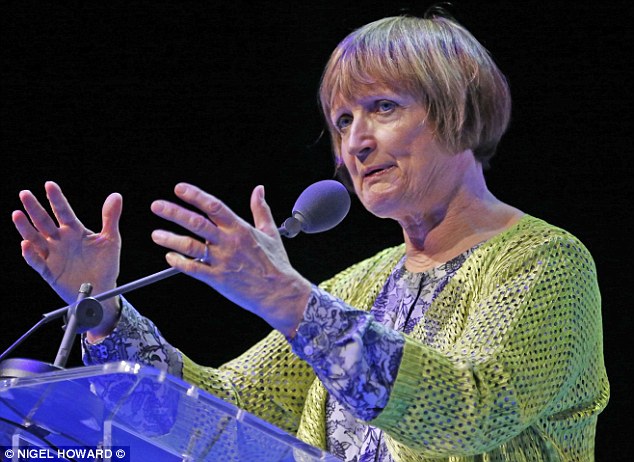 ‘I am not afraid’: How Tessa Jowell’s speech on cancer led to applause in the House of Lords

Dame Tessa Jowell was given a standing ovation after making an emotional plea for more cancer treatments to be made available through the NHS months before her death.

The Labour peer, whose death was announced on Sunday, called for more opportunities for ‘adaptive trials’ in which patients can undergo different treatments, and if one does not work they can immediately move on to the next.

Baroness Jowell, whose voice cracked several times during her House of Lords speech in January, told fellow peers of her cancer diagnosis and subsequent battle to beat the disease.

She said: ‘On May 24 last year, I was on my way to talk about new Sure Start projects in East London. I got into a taxi but couldn’t speak, I had two powerful seizures. I was taken to hospital.

‘Two days later, I was told that I had a brain tumour, glioblastoma multiforme, or GBM. A week later the tumour was removed by an outstanding surgeon at the National Hospital in Queen Square.’

Baroness Jowell, who was one of the Labour Party’s best known faces during Tony Blair’s era, went on to say how she had taken solace from Irish poet Seamus Heaney.

She said: ‘Seamus Heaney’s last words were do not be afraid. I am not afraid, but I am fearful that this new and important approach may be put into the “too difficult” box.’

She added: ‘All we now ask is that doctors and health systems learn to do the same. Learn from each other. In the end, what gives a life meaning is not only how it is lived, but how it draws to a close.

‘I hope this debate will give hope to other cancer patients like me. So that we can live well with cancer, not just be dying of it.’

As she concluded her speech peers, members of the public and Health and Social Care Secretary Jeremy Hunt, who was also in the chamber, rose to applaud. The tribute was thought to be the first of its kind in the House of Lords. Dame Tessa suffered a haemorrhage on Friday, and had been in a coma until her death on Saturday, a spokesman for the family said

The researchers also tested the effect of the chemical on tumour cells transferred from humans into mice.

The growth of tumours in mice treated with KHS101 decreased by around half, with normal brain cells not being affected by exposure to the chemical, they found.

Commenting on the findings, Professor Richard Gilbertson, a Cancer Research UK brain tumour expert, said: ‘Treatment for glioblastoma has remained essentially unchanged for decades, so there is a pressing need for preclinical research like this to identify and characterise potential new drugs.

‘While the findings are encouraging, as an experimental chemical, further rigorous testing and refinement of KHS101 is required before trials in people can begin.’

What is a glioblastoma?

Glioblastomas are the most common cancerous brain tumours in adults. They affect children in rare cases.

The tumours ‘diffuse’, meaning they have threadlike tendrils that extend to other parts of the brain. Their cause is unknown.

Symptoms often include headaches that get worse, nausea, vomiting and seizures.

Glioblastomas are hard to cure, with treatment often focusing on slowing the cancer’s progression and easing symptoms.

Surgery may be performed to remove as much of the tumour as possible. Radiation and chemotherapy may also be used.

May 2017: Labour grandee Tessa Jowell, who has two children and three stepchildren – including the food blogger Deliciously Ella – suffers two ‘powerful seizures’ in a taxi, she would later reveal. She had suffered no symptoms previously.

Two days later she is told she has a brain tumour – glioblastoma, an aggressive and rare form. It is operated on the following week.

Baroness Jowell was treated by the NHS for her cancer but doctors in Britain told her that they could do nothing more for her so she looked to other countries for her hunt for treatment.

She has been to Germany looking at trying a new immunotherapy, and vowed to keep seeking new ways of tackling the cancer.

17 September 2017: Baroness Jowell reveals she is being treated for brain cancer in a Twitter post marking her 70th birthday. She pledges to help other people fighting the disease.

24 January 2018: Speaking publicly about her illness for the first time in a moving interview with BBC Radio 4, Baroness Tessa says she has ‘no idea’ how long she has left.

Her cancer is very advanced and she stumbles over her words several times during the interview – telling the presenter, ‘the tumour bloody well does this to you’.

25 January 2018: Baroness Jowell wins heartfelt applause in the first ever standing ovation in the House of Lords as she returns to Parliament to plead for new cancer treatments.

She delivers an emotional speech to peers, leaving many in tears. She reveals just 2 per cent of cancer funding was spent researching brain conditions and warned no drug breakthroughs had been made in 50 years.

22 February 2018: Theresa May shares an emotional moment with Baroness Jowell as she announces a £45million boost to improve care for the disease threatening to claim her life.

The government has announced £20 million in funding for research into brain tumours over the next five years, which will be added to £25million from Cancer Research UK.

A centre focusing on adult brain tumours is due to open later this year.

11 May 2018: Baroness Jowell suffered a brain haemorrhage and entered a coma.