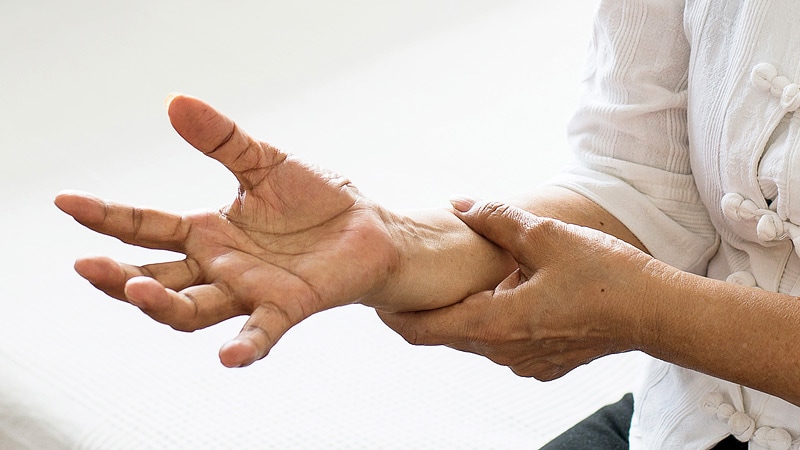 An international task force says it is time to reevaluate current subtyping of Parkinson’s disease (PD), which it says has dubious clinical applicability and biological relevance.

An analysis of the studies underpinning current PD subtyping have multiple limitations, including a lack of longitudinal data.

“Most of the studies were, for example, cross-sectional,” study author and task force member Tiago A. Mestre, MD, PhD, associate professor of neurology at the University of Ottawa, Ontario, Canada, told Medscape Medical News.

He also noted that the vast majority of the studies focused on clinical rather than objective biomarkers.

Future research into PD subtypes should use longitudinal data and include participants whose cases have the same predefined disease duration, the investigators note.

The findings were published online April 13 in Journal of Parkinson’s Disease.

PD is characterized by clinical and pathologic heterogeneity. Researchers have previously tried to identify subtypes of the disease to understand its heterogeneity, to clarify its pathophysiology, and to develop better, more targeted treatments. How well research into disease subtypes has achieved these goals is unclear.

The International Parkinson’s Disease and Movement Disorder Society established the Task Force for Parkinson’s Disease Subtypes in 2018. The goals of the task force were to evaluate the subtyping studies conducted to date and to indicate areas for future studies in this field.

For the analysis, the task force searched PubMed and MEDLINE to identify studies on PD subtyping. It used a standardized approach to evaluate each study’s methodologic quality and clinical applicability.

In all, 38 studies were included in the analysis. Twenty-six (68.4%) were cross-sectional, and 32 (84.2%) were conducted in tertiary care centers. The mean duration of disease was approximately 60 months. A significant number of studies did not report common descriptors of patients, such as Unified Parkinson’s Disease Rating Scale scores.

The motor domain was most commonly used in both study types, followed by nonmotor domains, such as cognitive, emotional, or autonomic domains. Only five studies, all of which were data driven, used nonclinical biomarkers.

The majority of the studies did not achieve high ratings on a methodologic quality checklist. Weaknesses included recruitment of patients from clinics rather than the community, the lack of justification of the sample size, and a failure to adjust for baseline characteristics.

The four studies of the highest quality were published after 2016. They were data-driven, longitudinal studies conducted at multiple centers. Two of these studies included patients whose cases were of the same disease stage or duration. Although these studies incorporated similar clinical domains in their analyses, there were no clear similarities among the subtypes identified by these studies.

The clinical importance of differences between subtypes was rated as poor for most studies. The same was true of most studies’ potential treatment implications and applicability to the broader population of patients with PD. Because of the small number of longitudinal studies, the stability of subtypes over time was unclear, as was their prognostic value.

Although nonclinical biomarkers are desirable, they are not easy to obtain. “The biomarker field has been expanding, and I think it’s still not yet mature, for the most part, in terms of having valid biomarkers that we can use consistently in Parkinson’s disease,” said Mestre. “It’s a need that we established after reviewing the data available.”

Two possible goals of subtyping patients with PD are establishing a prognosis and choosing treatment.

“If we have that in mind, whatever classification we have of Parkinson’s disease subtypes will need to be easily applied in clinical practice. I think that was our main consideration, to really evaluate the clinical applicability,” said Mestre.

The findings suggest various areas for future research into potential subtypes of PD. For example, including nonclinical domains in the definition of PD subtypes would offer “a way of recognizing biological underpinnings that might allow us to identify more valid Parkinson’s disease subtypes,” he added.

Similarly, there is a need for longitudinal studies, which would clarify subtypes’ prognostic relevance. Neurologists also need methods of translating group-level data into information relevant to individual patients.

“The major strengths of the study are its methodological accuracy and the fact that it addresses a topic that has important clinical and research implications in the field,” he said.

The study’s main weakness is the heterogeneity of the results that it analyzed, he added. Few appropriate studies are available in the literature, and most of them differ in important ways in methodology. This points to the need for greater methodologic homogeneity in this research, said Martínez Fernández.

It will be important for future research to follow patients earlier in their disease and for a longer period, he added. In addition to clinical presentation and evolution, objective biological markers are needed to define PD subtypes. These markers can include functional neuroimaging studies, cerebrospinal fluid analysis, and genetic testing.

The authors are right in indicating a need to establish formal guidelines to focus research in this field, said Martínez Fernández.

“Defining prodromal populations through objective biomarkers and determining measurements to objectively assess disease evolution are mandatory,” he added. “Specifically, alpha-synuclein tracer imaging and neurodegeneration markers would be a must to understand Parkinson’s disease progression, both in general terms and for each subtype.”

The study was funded by the International Parkinson and Movement Disorder Society. Mestre and Martínez Fernández have disclosed no relevant financial relationships.