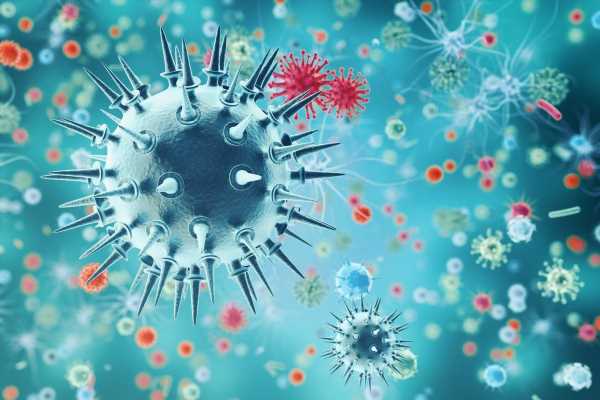 In a recent study published in the latest issue of Faculty Reviews, researchers evaluated interactions of various microbiological, environmental, and social factors that determine the odds of an infectious disease outbreak becoming an epidemic or a pandemic.

The researchers examined the emergence of infectious diseases, including COVID-19, from a 'germ's eye view,' reviewing data about infection origin from genomic and molecular sources and relating it to historical data. Further, they discussed general epidemic concepts, zoonoses, and other origins and how human ecology and technological development have altered epidemic risks.

Regarding the timing and origins of human infections, genome sequencing and phylogenetic analysis have greatly complimented the findings of historical, ecological, and epidemiological studies. Molecular clock simulations need a special mention when it comes to surveillance of the emergence of recent pandemics, such as coronavirus disease 2019 (COVID-19).

In the absence of ancient remains of pathogens, they enabled estimations of the timing of divergence from a common ancestor. For instance, molecular clock estimates showed that although human infections occurred before this time, rinderpest of cattle and measles in humans parted company around 2,500 years ago.

In progress toward civilization, humans migrated out of Africa and came in contact with several animal species due to hunting and domestication; further, they got exposed to animals who adapted to human habitats. Nevertheless, the factor that contributed most to the emergence of human infections of pandemic proportions is the increase in the size and density of the human population ever since the development of agriculture.

The classic example of direct zoonoses is Rabies, contracted by humans via dogs. Unfortunately, close to 50,000 humans die from Rabies annually, incurring an economic toll of US$8.6 billion despite the availability of safe and efficacious vaccines for both dogs and humans. Since humans do not cause onward transmission, Rabies is no longer considered a pandemic threat.

Ecology of the emergence of infectious diseases

The review highlighted ecological factors that presented an opportunity for pandemic emergence. Zoonotic infections, such as malaria from apes, spread to humans even in the Paleolithic and earlier eras. A similar phenomenon was seen in modern times, although the adaptation to humans was slow or rapid as with HIV, influenza, and severe acute respiratory syndrome coronavirus 2 (SARS-CoV-2), respectively. Infections persisted in the human population through repeated zoonotic spillover from a non-human animal reservoir or when new naïve individuals were accessible continuously due to the large population size.

Mycobacterium tuberculosis, the causative agent of tuberculosis, infected humans in prehistoric times and is another classic example of how a bacterial pathogen well suited to survival in small host populations with a low transmission rate became pandemic due to ecological factors. It was introduced to humans during the Paleolithic period 70,000 years ago; its DNA has been found in human skeletons at least 9,000 years old, although the recent metagenomic analysis indicated a more recent ancestor of modern strains of M. tuberculosis. Interestingly, after remaining an endemic for a prolonged duration, tuberculosis became a pandemic only recently because of crowded human settlements with poor ventilation.

Despite real concerns about the erosion of forests, authors pointed out that there is no concrete evidence that deforestation is the major driver for the emergence of RNA viruses, including coronaviruses, such as SARS-CoV-2. In the absence of large carnivores to balance the population of prey, rewilding forests and their fauna has led to more frequent infection by zoonoses. Lyme disease caused by Borrelia burgdorferi, transmitted via Ixodes ticks of deer found in the north-eastern USA, exemplifies this phenomenon.

Additionally, globalization accelerated the incidences of vindictive pandemics, such as smallpox, Black Death, and syphilis. Similarly, the movement of reservoir species, for instance, bats, played a role in disseminating infectious diseases.

Technological advances and their role in infectious disease outbreaks

The advances in technology have played a role in infectious disease outbreaks. The invention of hypodermic injection equipment in the early twentieth century galvanized the spread of the hepatitis C virus and other parenterally transmitted infections. In pre-pandemic days, injections were also a route of HIV-1 dispersal in Africa; likewise, it spread among intravenous drug users in the West much later. The introduction of mechanical extraction of neural tissue from bovine carcasses and its recycling in cattle feed led to "mad cow disease," a fatal spongiform encephalopathy caused by altered prion proteins. The use of animal cells and tissues in humans, termed xenotransfusion and xenotransplantation, makes the recipient vulnerable to zoonotic infections.

The researchers demonstrated an array of geographical and ecological origins of epidemic infectious disease outbreaks, besides reviewing the nature of epidemics from the Plague of Athens in 430 BCE onwards. The term 'syndemic,' initially referred to the related occurrence of two infectious diseases that act synergistically, found new meaning in the context of COVID-19 to include the interactions of a pathogen with non-communicable co-morbidities—such as mental health and poverty—both in individuals and in societies.

Despite the availability of sophisticated surveillance systems, countries considered well-prepared to rapidly handle and mitigate the spread of an epidemic, such as the USA and UK, ranked among the worst for high incidence and fatality rates of COVID-19. Contrastingly, other countries, such as Taiwan with a population of merely 24 million, despite their proximity to mainland China where COVID-19 first appeared, mitigated the pandemic almost instantaneously by adhering to quarantine restraints, curtailing flights from China, and reported only 842 COVID-19 deaths by the end of September 2021. In contrast, the UK recorded 136,000 deaths by that date.

Overall, the study highlighted that even in the 21st century, the disruption caused by the COVID-19 pandemic has shown that human societies remain ill-prepared and susceptible to novel infectious diseases.

Neha Mathur has a Master’s degree in Biotechnology and extensive experience in digital marketing. She is passionate about reading and music. When she is not working, Neha likes to cook and travel.