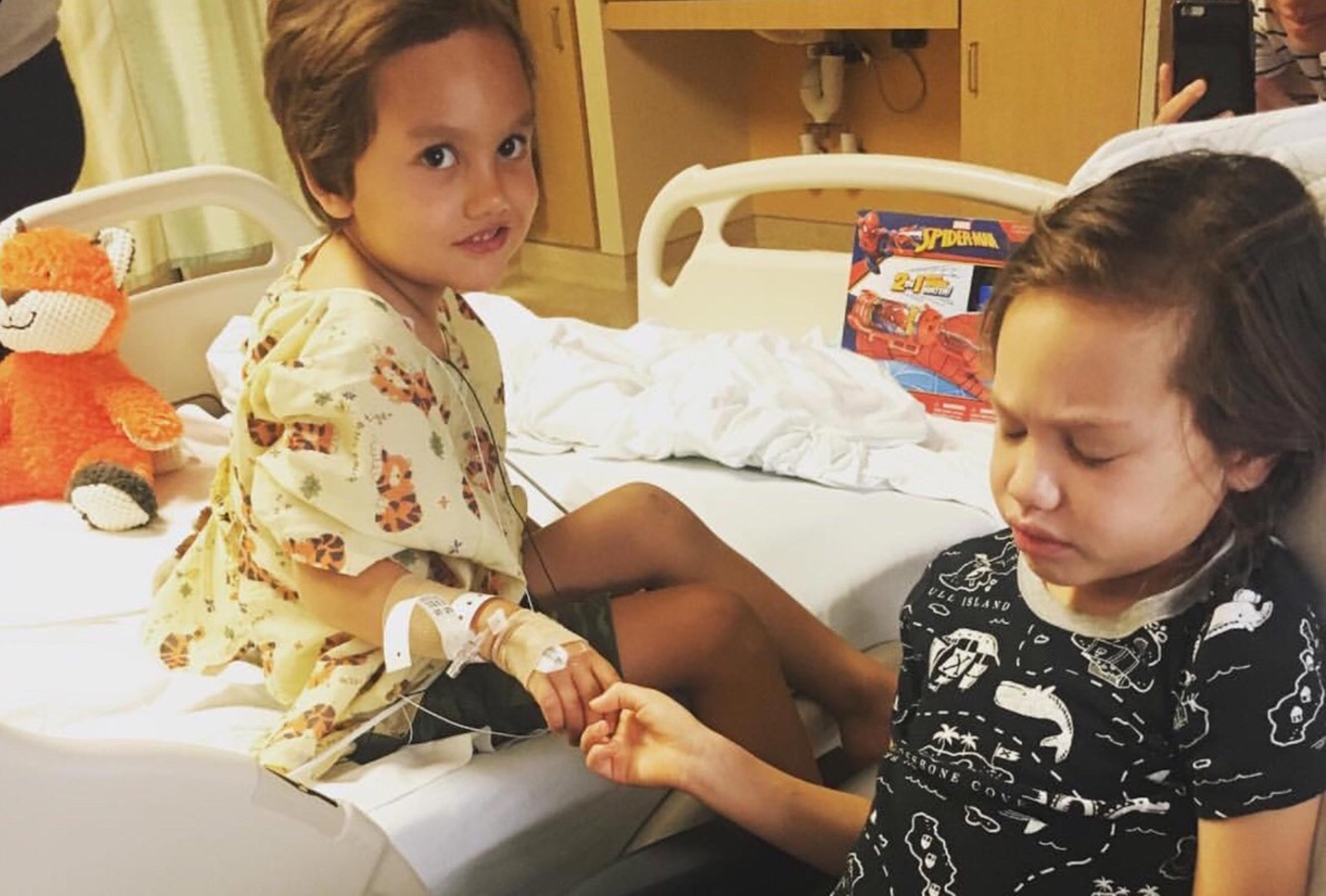 Two young siblings from Southern California were diagnosed with brain cancer just two weeks apart from each other, and now face a long road of aggressive treatment to keep the tumors at bay.

At the end of May, 6-year-old Kalea Avery experienced worsening headaches that prompted her parents to take her to a neurologist just after the Memorial Day weekend. After performing an MRI, doctors found a tumor —  measuring 3.5 centimeters in diameter — forming near the stem of the young girl’s brain, reports the Daily Breeze, and Kalea soon underwent a four-hour surgery to remove the mass on June 11.

“We go from having a healthy baby girl who’s a skateboarder and a soccer player, who’s just loving life, to having a tumor removed from her brain,” Kalea’s father, Duncan Avery, told the Los Angeles Times.

Doctors soon discovered the mass was cancerous and diagnosed Kalea with medulloblastoma, a fast-growing cancer that forms at the base of the skull which can spread to the spinal cord and other parts of the body. Because medulloblastoma tumors grow in the area of the brain that controls complex motor and cognitive functions, patients typically display trouble with movement and balance.

The family was able to quickly get started on Kalea’s treatment, but their nightmare was far from over. Two weeks after Kalea’s diagnosis, Duncan and his wife, Nohea, noticed that 4-year-old Noah had begun taking longer-than-usual naps. They initially figured their son was depressed about his sister’s situation until he complained of headaches in the area between his eyebrows — the same spot his sister pointed to just weeks earlier. Then, the family told the Times, Noah began to lean as he walked.

Scans on June 21 revealed that Noah had a mass in the same spot as his sister, and doctors removed the tumor four days later. While tests are pending, they believe the tumor is medulloblastoma as well.

“We broke down in tears,” Duncan, a 36-year-old coach at Redondo Beach Union High School, told the Times. “How could two kids in 14 days have the exact same tumor? How does that happen?”

For the parents, the reality that both of their children had such a serious form of cancer, at the same time nonetheless, was devastating.

“My heart literally felt like it was broke apart,” Nohea, a nurse practitioner, told CBS Los Angeles. “It was being pulled out of my chest.”

Noah and Kalea will soon start radiation and possibly chemotherapy. Fortunately, with aggressive treatment, most children can fight off medulloblastoma long enough to the point where it won’t return, according to UCSF. Both siblings will also enter physical, occupational and speech therapy to help in their recovery.

“I don’t know how I’m going to get through this, but you do. You find a way,” Nohea told KTLA. “You look at your children, you hold them and you just find a way.”