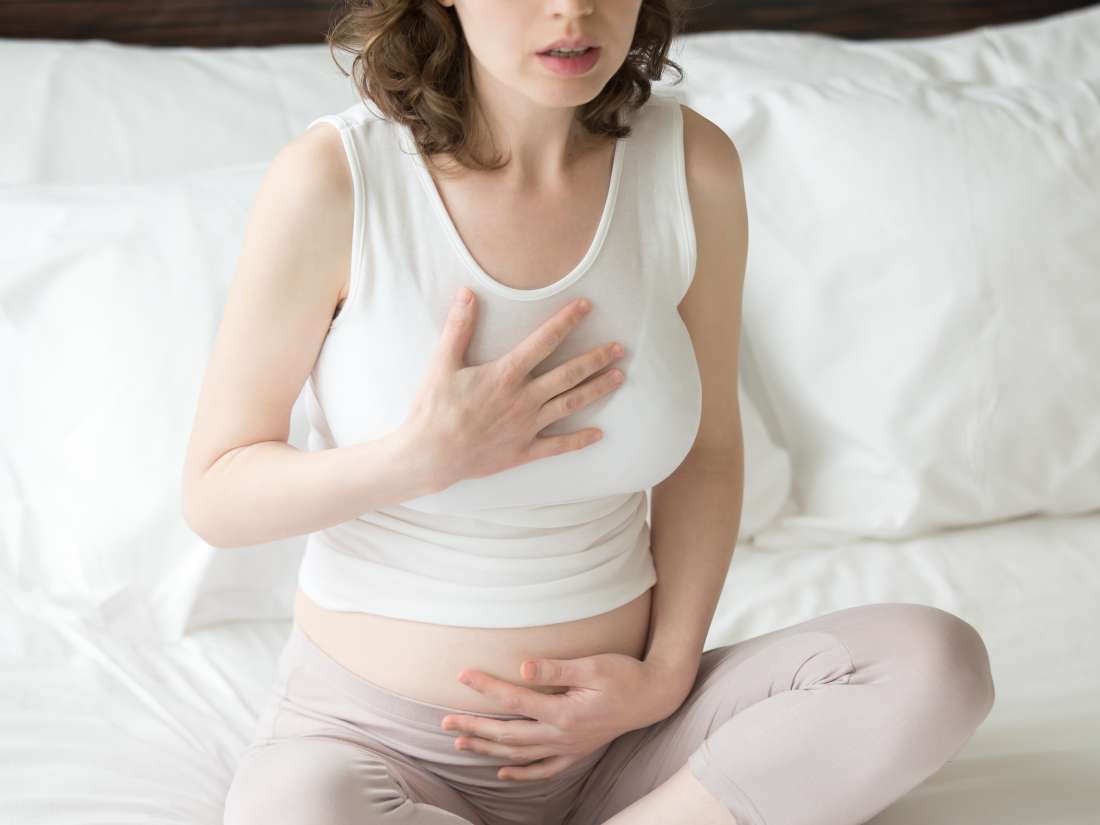 According to a 2015 study, an estimated 60 to 70 percent of women experience shortness of breath during pregnancy.

Doctors often attribute this to the growing uterus pushing upward on the lungs and making it difficult to breathe.

This article will explore this and other possible reasons for shortness of breath during pregnancy. We also cover coping strategies and when to see a doctor.

While shortness of breath is a common symptom of pregnancy, it is not always possible for a doctor to pinpoint one single cause.

Shortness of breath during pregnancy appears to be due to a variety of factors, ranging from the growing uterus to changes in the demands on the heart.

Some women may notice changes in their breathing almost immediately, while others see differences during the second and third trimesters.

Pregnant women may experience more noticeable shortness of breath in the second trimester.

The growing uterus commonly contributes to shortness of breath in the second trimester. However, some changes in the way the heart functions can also cause breathlessness.

The amount of blood in a woman’s body increases significantly during pregnancy. The heart has to pump harder to move this blood through the body and to the placenta.

The increased workload on the heart can make a pregnant woman feel short of breath.

During the third trimester, breathing may get easier or more difficult depending largely on the position of the developing baby’s head.

Before the baby starts to turn and drop further into the pelvis, the baby’s head may feel as if it is under a rib and pressing on the diaphragm, which can make it hard to breathe.

According to the National Women’s Health Resource Center, this type of shortness of breath usually occurs between weeks 31 and 34.

Feeling short of breath can be uncomfortable and limit a person’s physical activity.

Fortunately, there are several steps pregnant women can take to make breathing more comfortable, including:

If a woman has another underlying medical condition causing shortness of breath, it is essential to follow the doctor’s recommendations about treatment.

When to see a doctor

While many women experience some shortness of breath during pregnancy, some symptoms require treatment.

If shortness of breath is especially bothersome or if someone experiences it for the first time, they should speak to a doctor.

The doctor may want to perform imaging tests, such as ultrasounds on the legs, to rule out a blood clot as a potential cause.