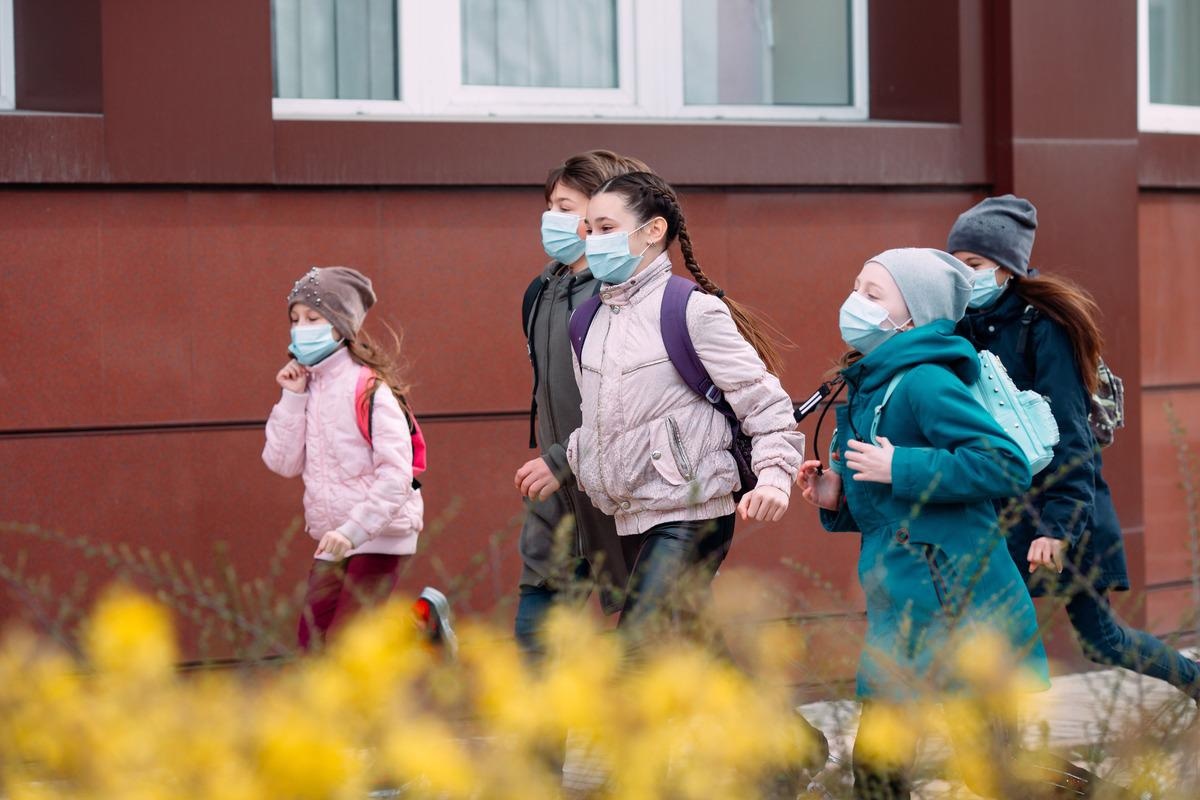 Despite the spread of SARS-CoV-2 in schools across regions and at different time points in Switzerland, children continuously attended schools throughout 2020-2021 except between March-May 2020, which is quite exceptional considering widespread pandemic-related school shutdowns in other countries.

A school community refers to a single school or a pair of primary and secondary schools serving the same area. During June 2020 to April 2021, studies directly examining the incidence or seroprevalence of SARS-CoV-2 infections in children, parents, and teachers from the same school communities were sparse.

In the present study, researchers performed ‘Ciao Corona’, a cohort analysis of 55 schools from all districts of the canton of Zurich, Switzerland. They randomly selected the participating schools, and similarly, the children were randomly selected from classes (median five classes from each school). All school personnel and parents of participating children also participated in the study.  All the vaccinated adults and 215 individuals eligible for vaccination with unclear vaccination status were excluded from the analysis.

The researchers used SenASTrIS (Sensitive Anti-SARS-CoV-2 Spike Trimer Immunoglobulin Serological) test to measure serology during June-September 2020 and March-April 2021 in population-based samples. For the accuracy of the test results, they used parametric bootstrapping sampling to adjust seroprevalence estimates. The observed adjusted seroprevalence was 4.4% among children, 4.6% among school personnel, and 5.8% among parents during the study period.

The researchers also explored the variability of seroprevalence within and across cantonal districts and school communities. Further, they compared the seroprevalence results of the study with the per capita cumulative incidence of confirmed SARS-CoV-2 infections in Zurich districts constituting tested school communities against the number of tested children residing there.

The authors observed variations in seroprevalence among children, school personnel, and parents of school communities across Zurich districts. The median ratio of children’s seroprevalence to per capita confirmed cases in district residents was 3.1. The researchers also noted that seroprevalence variations of SARS-CoV-2 were more pronounced than variation in its cumulative incidence.

The seroprevalence did not vary based on the gender of the participants. The difference in seroprevalence of children with tested and non-tested parents was almost similar, 18.5% vs. 17.9%. The seropositivity was most frequent among teachers and canteen personnel among school personnel, at 17.8% and 17.2%, respectively. Further, seropositivity was 15.3% and 11.5% in cleaning personnel and school administration staff, respectively.

The study demonstrated unique combined seroprevalence results of children, their parents, and teachers from the same school communities across districts of Zurich to help reveal the undetected SARS-CoV-2 infection chains in schools and families.

During June-September 2020, the seroprevalence of SARS-CoV-2 was low in children, parents, and school personnel, which increased significantly by March-April 2021, and overall it was almost similar in children and parents but was lower in school personnel. This pattern varied considerably within and between districts and school communities.

The authors observed a two-fold variation in the ratio of seropositive children to the cumulative incidence of confirmed SARS-CoV-2 infections in districts. The findings indicated that the PCR-confirmed SARS-CoV-2 cases are not an accurate measure of the spread of SARS-CoV-2 compared to population-based seroprevalence studies.

Further, the authors speculated that the seroprevalence trends in the class and school community were driven by community SARS-CoV-2 transmission outside the school. However, they observed that the seroprevalence of children in higher classes with infected main teachers and from families with infected parent(s) was low. This trend, however, was not observed in school personnel. These findings show the effect of mask usage by all school personnel and children at the upper school level from November 2020. Wearing masks was not mandatory at the lower school level and was mandated only for a few months in middle school level children.

medRxiv publishes preliminary scientific reports that are not peer-reviewed and, therefore, should not be regarded as conclusive, guide clinical practice/health-related behavior, or treated as established information.

Neha Mathur has a Master’s degree in Biotechnology and extensive experience in digital marketing. She is passionate about reading and music. When she is not working, Neha likes to cook and travel.