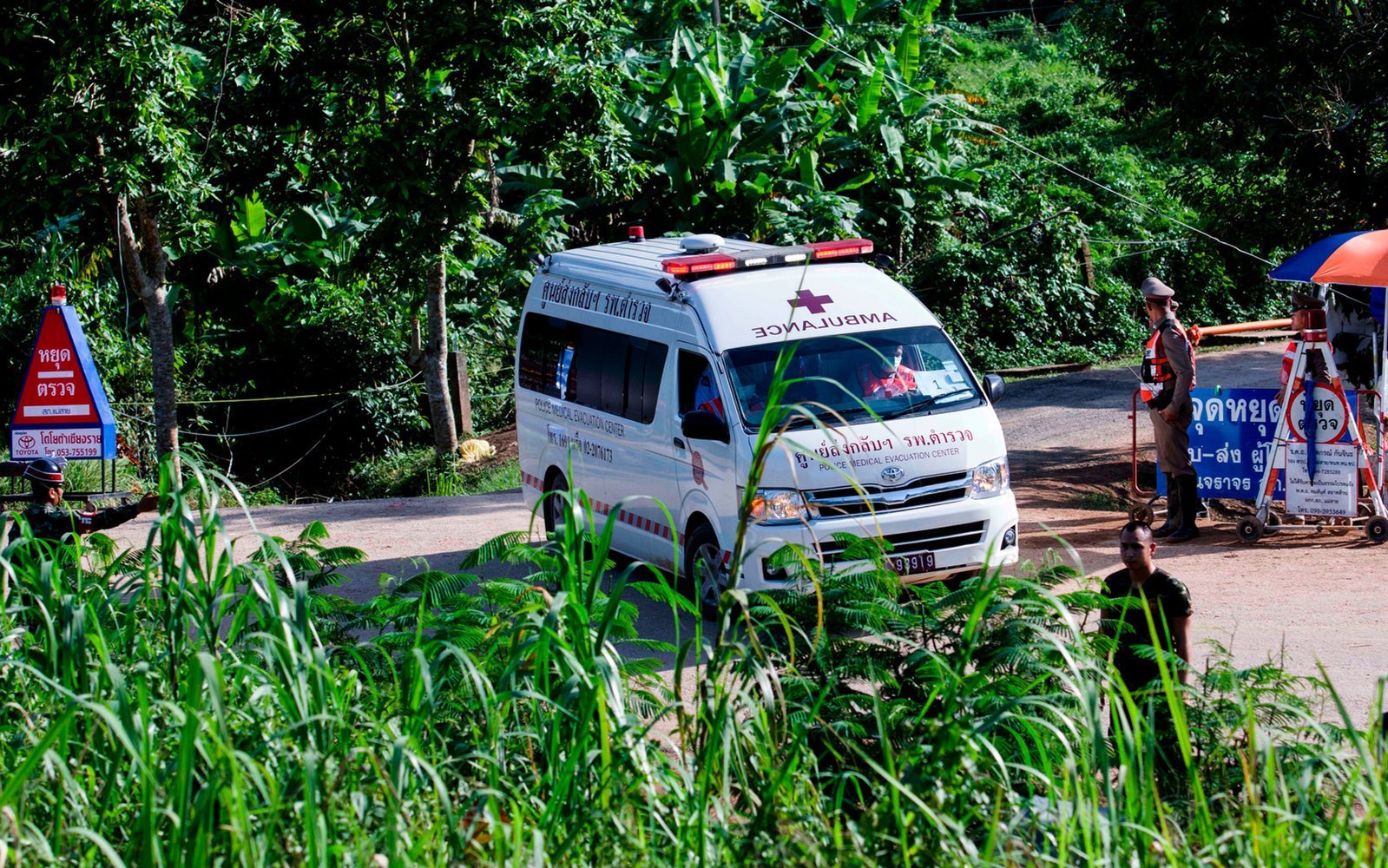 The rescue operation for the Thai soccer team trapped in a cave is underway, and so far, eight boys have been successfully extracted. Another four, along with the coach, remain. But before the rescued boys can finally go home to their families, they need to make a pit stop at the hospital, where they're being briefly quarantined to make sure they didn't pick up any diseases in the caves, according to news reports.

Indeed, caves can be petri dishes for bacteria and viruses.

"The big worry that you get with caves is the presence of bats," said Dr. Amesh Adalja, a senior scholar at the John Hopkins Center for Health Security in Baltimore. "We know that bats can transmit many different infectious diseases, including things like rabies." [The Very Real Risks of Rescuing the Boys Trapped in a Thai Cave]

It's unclear if the boys were exposed to bats or if this cave even has a large bat population, though most caves do. But if the doctors suspect any contact with the winged mammals, the boys will most likely get postexposure vaccinations to prevent any possible rabies infections, Adalja told Live Science.

And the bats themselves aren't always the problem — the animals can also "drop" problems all over the place.

"Certain fungi can really thrive in bat droppings," Adalja said, and inhaling these fungal spores can lead to lung infections, including cryptococcosis or histoplasmosis, which is also known as "caver's disease."

But symptoms of some of these fungal diseases might not pop up during the boys' time in quarantine, Adalja said. In some cases, it can take months or years for the fungi to cause a problem in the body; for example, symptoms may not pop up unless a person's immune system is suppressed due to another cause. In other cases, the fungal infections never cause any problems, he said.

Still, it means that later in life, the boys and the coach should be sure to tell any doctors about their time spent in the cave, as it may aid in a later diagnosis, Adalja added.

Another concern is leptospirosis, a bacterial infection that can cause bleeding in the lungs, or can even cause meningitis (inflammation in the lining of the brain and spinal cord), according to Reuters.

That said, some of the health problems the boys could develop in the caves might have less-exotic origins.

"People jump to think about the exotic stuff, but it's important to focus also on the common" stuff, Adalja said. For example, the kids could have gastrointestinal issues due to the poor sanitation in the caves. In close quarters without sanitation, it wouldn't be surprising if the boys had contact with each other's feces, he added. Furthermore, by drinking the cave water — even if they licked water dripping from the walls and didn't drink water on the ground — the boys could have contracted lots of bacteria that could also cause gastrointestinal problems. [Photos: Rescuers Race Against Time to Save Soccer Thai Trapped in Thai Cave]

There could also be small infections on the boys' skin from cuts and scrapes, he said.

Ultimately, however, there are so many unknowns, and it's difficult to predict what pathogens, if any, the boys have been exposed to, Adalja said.

Overall, the reports suggest the rescued teens are in good health and spirit — and they even requested their favorite food dishes, according to MSN.