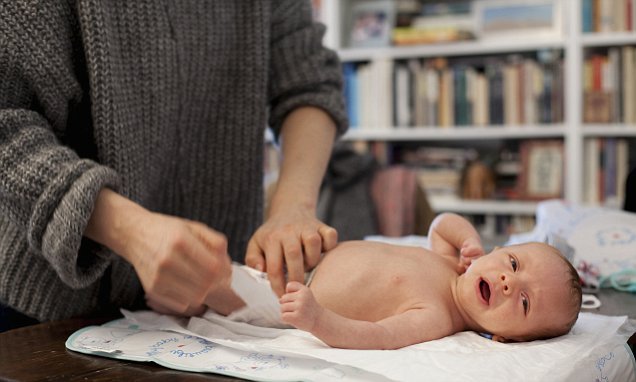 Plastics blamed for the rise in penis malformations: Small study claims boys are more likely to be born with the disorder if they were exposed to chemicals in the womb

A small study has shown a link between increasingly common penis malformations and chemicals in plastics, furniture and TVs.

Hypospadias is a urethra abnormality, when the opening of the penis forms on the underside rather than on the tip.

The condition affects around one in 200 male children – but rates are soaring, and in some regions, including Australia and the UK, they have doubled since 1980.

Now, in a new study published today in the Journal of the American Medical Association, an Israeli research team claims to have concrete evidence of a link between hypospadias and PDBEs, the chemicals found in plastics and fragrances.

The controversial study has caused a flurry of excitement and concern in the medical community, with many acknowledging that the link has merit, but warning that there still is not enough evidence to unequivocally connect the two. 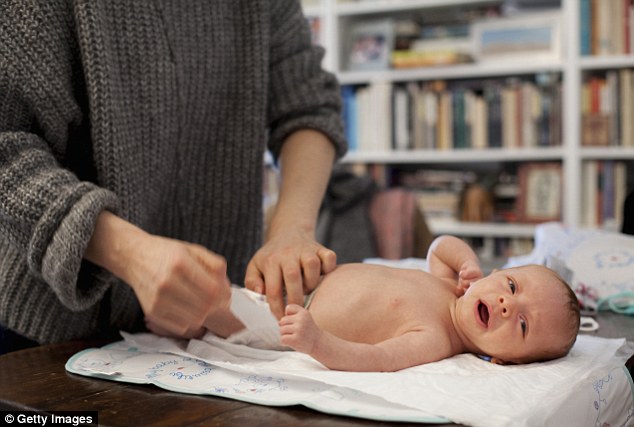 Hypospadias is a urethra abnormality, when the opening of the penis forms on the underside rather than on the tip. A new study offers a theory for the cause of rising rates (file image)

Hypospadias is present at birth.

In milder cases, the urethra forms not far from the tip of the penis, but in others it can be much further down the shaft, or even on the scrotum.

Surgery can be performed when the child reaches six months old, though urologists are constantly pushing for improvements since patients routinely report feeling embarrassed later in life about their penis’s post-operation appearance.

The biggest push, though, is for research to uncover the factors causing the condition.

This new study by the Maccabi Research Institute in Tel Aviv claims to have found strong evidence to support a popular theory: that modern life is to blame for this defect.

PDBEs (polybrominated diphenyl ethers) have been a popular target in all kinds of medical research papers in the past couple of decades, particularly ones relating to fetal development.

They are a set of chemicals with powerful properties that disrupt hormones, and yet since the 1970s they have been added to all kinds of products to make them less susceptible to flames.

As time passes, these chemicals rub off the products and accumulate on the surface. In the case of a TV, for example, that becomes risky because TVs gather dust, and that dust can mix with the PDBEs, which humans may inhale.

At one point, most couches, plastic bottles, rugs and TV were made with PDBEs in some shape or form.

As the dangers of PDBEs have emerged, more restrictions have been placed on how they can be used to limit our exposure. However, avoiding them completely remains complicated. Indeed, a study last week showed evidence of PDBEs in farmed fish, despite US and EU restrictions on PDBEs in fish-farming waters.

To put it mildly, there is still plenty of panic about the subtle ways we experience these chemicals, and it’s

To assess whether there could be a link between the two, lead authors Shirley Poon, PhD, and Gideon Koren, MD, analyzed 152 mothers of boys with hypospadias, and 64 controls.

They analyzed the levels of PDBEs in their hair – a known noninvasive biomarker for long-term PDBE exposure.

They also looked at each child’s medical records, and interviewed each mother with a questionnaire.

Based on the data they collated, they concluded that ‘mothers of children with hypospadias were exposed during pregnancy to significantly higher levels of PBDEs’.

The results triggered a swell of reactions from other scientists in the field of pediatrics and pathology.

Many acknowledged that this is hardly an unfounded theory. In fact, it comes just days after an Australian study claimed to prove a connection between plastics and hypospadias in animals.

But most cautioned that more needs to be done to firm up this connection if it is indeed valid.

‘It is an important question as these chemicals are very prevalent in the home environment. If they are doing harm it is important that further research be done into the question,’ said Professor Jean Golding, Emeritus Professor of Pediatric and Perinatal Epidemiology at the University of Bristol.

But, Prof Golding cautioned, there are many limitations to the study, taking issue with the imbalance between cases of hypospadias and control, and the fact that they did not take controls and cases from the same population.

Professor Ieuan Highes, Emeritus Professor of Pediatrics at the University of Cambridge, said: ‘On first sight, the results are persuasive of adverse effects from PBDEs in the environment on development of the male genitalia before birth. But, hypospadias can be associated with a myriad of other factors not least low birth weight where the association is strong.’

He added: ‘The authors part compensated for this by more detailed analysis and while there was still an association with PBDEs exposure, the link was weaker.

‘There are also known genetic causes of hypospadias as well as the condition running in families which was not addressed in this study.

‘In discussing why PBDEs may affect male development, the authors refer to how these compounds can interfere with the estrogen ( female hormone) pathway, yet it is androgens ( the male hormone) which are essential for male development during a male programming window in early pregnancy.’