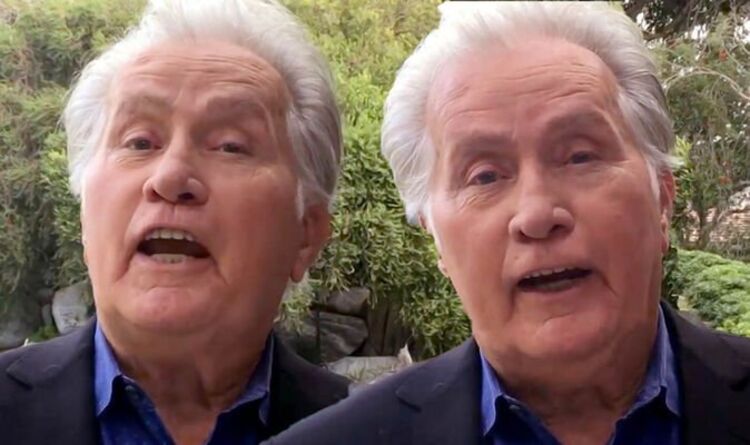 The 1979 film not only starred Sheen but other acting greats such as Marlon Brando, Robert Duvall and Frederic Forrest. Loosely based on the novella Heart of Darkness, the film centres around a river journey from South Vietnam into Cambodia undertaken by Captain Benjamin L. Willard – character played by Sheen – during the height of the Vietnam War. Although Sheen was in his mid-30s at the time of filming, the whole production was plunged into chaos when he suffered a heart attack, collapsing and nearly dying before he could get to a hospital.

Due to the remote locations that the film was being shot in, a local doctor from a village was able to stabilise Sheen, until he was able to get flown out of the jungle.

If Sheen’s near-fatal health ordeal was not enough, the film’s director Francis Ford Coppola convinced himself that he was to blame for the incident, and one night he suffered an epileptic seizure.

The NHS explains that a heart attack is a serious medical emergency, as the supply of blood to the heart is suddenly blocked.

The leading cause of heart attacks in the UK is coronary heart disease (CHD), a condition in which major blood vessels that supply the heart get clogged with deposits of cholesterol known as plaques.

Before a heart attack, one of these plaques will burst causing a blood clot to develop at the site of the rupture. This clot may then potentially block the supply of blood to the heart, leading to a heart attack.

Other less common causes of a heart attack include spontaneous coronary artery dissection (SCAD), drug misuse or hypoxia (a sudden drop in oxygen levels in the body).

Heart attack symptoms vary from person to person. But the British Heart Foundation (BHF) explained that they can include:

As a heart attack is an emergency it is important to call 999 and ask for an ambulance to assist. While waiting for the ambulance, the NHS advises that it may help to chew and then swallow a tablet of aspirin. This helps to thin the blood and improves blood flow to the heart.

Once in hospital, treatment for a heart attack depends on how serious it is. The two main treatments are:

On recovering from his heart attack, Sheen was back to set within three weeks. Yet 36 years later in 2015, Sheen’s heart problems were not over.

Aged 75 at the time, Sheen’s son Emilio Estevez revealed through Facebook that his elderly father had had quadruple bypass surgery.

The statement read: “The decision to operate on his heart was a proactive one, not an emergency situation.

“With my mother Janet and our family by his side and under the coordination of his extraordinary team of cardiologists, doctors and nurses, my father displayed great courage, strength and humility as he took on this challenge.

“Not surprisingly, he is recovering beautifully, out of the ICU and is expected to not only be home for Christmas, but be 100 percent by the time he returns to work on season three of the Netflix series, Grace and Frankie early next year.”

The British Heart Foundation explains that coronary bypass surgery helps to relieve chest pain. During the operation, surgeons use blood vessels from your leg, arm or chest to bypass (get around) a narrowed section of the coronary artery.

Benefits of the surgery include an improved quality of life, especially as it aims to relieve individuals of pain caused by angina.

Most people will need to stay in hospital for about six to eight days after having a coronary artery bypass graft.

The NHS says that generally, individuals should be able to sit in a chair after one day, walk after three days, and walk up and down stairs after five or six days.

As with all types of surgery, a coronary artery bypass graft carries a risk of complications. These are usually relatively minor and treatable, such as an irregular heartbeat or a wound infection. But there’s also a risk of serious complications, such as a stroke or heart attack.

It is important to note that a coronary artery bypass graft isn’t a cure for coronary heart disease. If individuals who have CHD don’t also make lifestyle changes, such as eating a healthy diet and exercising regularly, your grafted arteries will also eventually become hardened and narrowed.