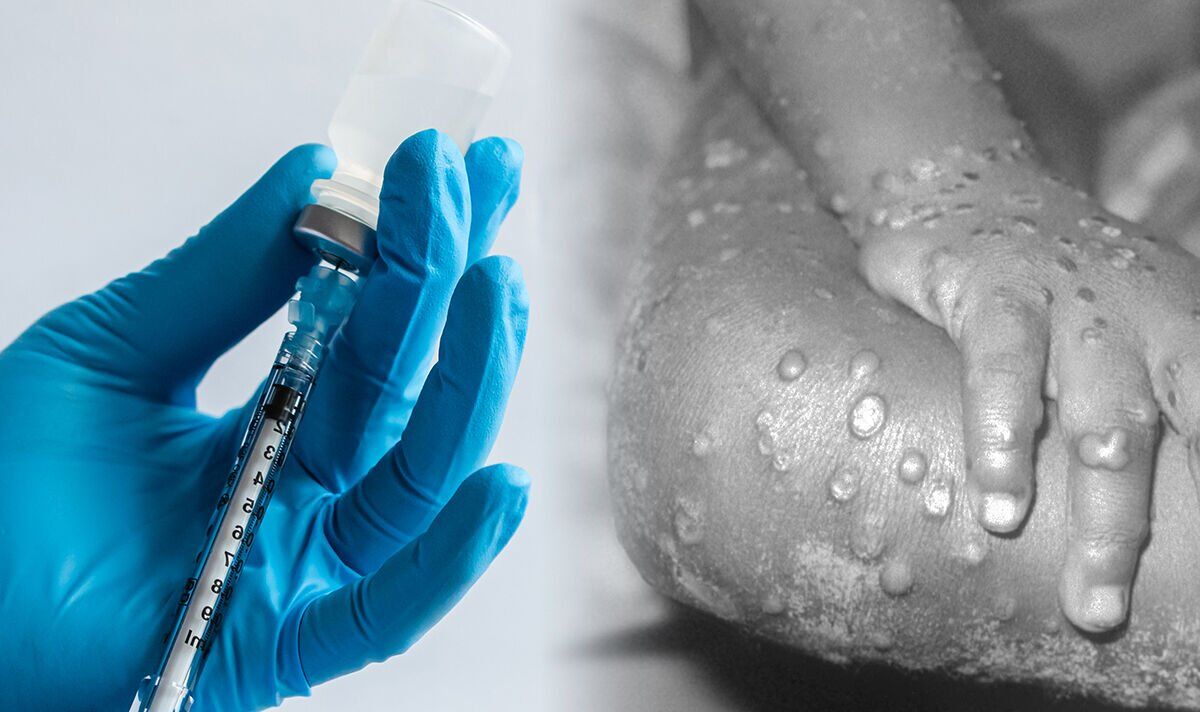 The Monkeypox outbreak has taken health officials by surprise, as cases typically stick to endemic regions of African countries. This is because the virus has limited transmission avenues and primarily spreads to people exposed to infected bodily fluids. But after cases have been recorded in the UK, as it becomes gradually more widespread, people will question what treatments are available.

Is there a vaccine for monkeypox?

Monkeypox presents with a hallmark rash of pox that starts on people’s faces, but aside from this, symptoms are similar to Covid or the flu.

Unlike the other dominant viruses, monkeypox does not have a straightforward cure or preventative treatment.

According to the World Health Organization (WHO), the only proven treatment for monkeypox is the smallpox vaccine.

Observational studies have found that the vaccinia vaccine prevents approximately 85 percent of cases.

Those vaccines, WHO states, are not currently available to the general public.

A newer jab was rolled out in 2019 but is “not yet widely available in the public sector”.

How deadly is monkeypox?

The lack of treatment for monkeypox during an unprecedented outbreak leaves people vulnerable to the disease’s worst effects.

Symptoms can last for two weeks to a month, with specific symptom phases.

The first “invasion” period lasts up to five days, with initial symptoms including a fever and intense headache accompanied by swelling lymph nodes.

Between one and three days following the fever, the rash appears, spreading from the face, arms and legs.

The monkeypox rash will continue to spread and grow from flat lesions named macules, into raised papules and yellowed pustules.

During a severe infection roughly one in 10 people will die of monkeypox.

The death rate from monkeypox is comparable to the “major” strain of smallpox, which kills three in 10.

Health officials have discovered that most of those who die are in younger age groups.

The disease can also cause complications as it runs its course.