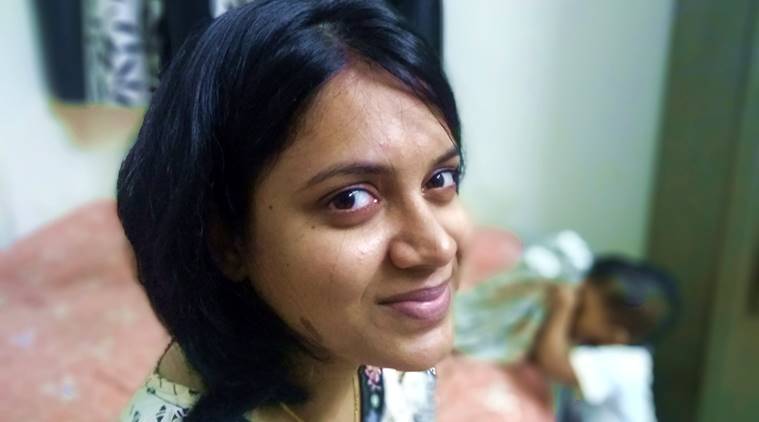 World Breastfeeding Week: 'I had gestational diabetes during my pregnancy and that was why my baby was whisked to the NICU to check his sugar levels. The NICU is where it all began. Formula feeding.'

When my baby was born, I thought the most difficult journey was over. Little did I know that I was wrong. Me sitting and crying on the hospital bed a few days after my baby’s birth was a harbinger of the bad times to come.

I am a first-time mother and the eldest in the family. I knew my life would change after becoming a mother and that I would have many challenges, but never did I think breastfeeding would be one of them. I wasn’t prepared for what lay ahead of me. I thought as soon as the baby is born, keep the baby on the breast and boom, just like that the baby would start feeding. I didn’t get to do any of that. I had just been operated and the effect of the anaesthesia was so overwhelming that it left me gasping for breath. The moment my baby was born, instead of being happy to see my baby for the first time, I kept checking the BP monitor to ensure I was alive and breathing. Neither did I get to keep my baby on my chest, nor did I get to hold him. Feeding him was out of the question. My baby was moved to the NICU almost immediately. There was no skin to skin, no mother and baby bonding at all. But like I said, that was the last thing on my mind that time. My baby was OK, I wanted to be okay too. But the aftereffects of the surgery made me feel otherwise.

I had gestational diabetes during my pregnancy and that was why my baby was whisked to the NICU to check his sugar levels. The NICU is where it all began. Formula feeding. My baby was fed formula while he was in the NICU. Without taking our consent explicitly. This continued after he was discharged from the NICU as well. Reason? I had a lot of issues feeding my baby. Remember me sitting and crying on the hospital bed? This is why I cried. I assumed I had a very low supply and my almost flat nipples didn’t make it any easier. It was like the end of the world for me. And the beginning of ‘What a horrible mother I am’ for me. After all, which mother on earth has issues feeding her baby?! I was the worst mother on earth. Or so I thought. I cried. Bitterly.

But was I alone? Were there other mothers like me who’ve been through what I have and maybe worse? I didn’t know. I didn’t know until I joined a Facebook group for parents – Breastfeeding Support for Indian Mothers. After joining the group, I realized there are many mothers like me.

In a survey conducted by the 50,000+ member strong Facebook Group ‘Breastfeeding support for Indian Mothers’, over 50 per cent of respondents who gave birth in private hospitals indicated that their child had been given Artificial Baby Milk (‘formula’) at birth. Of those instances where ABM was given, a whopping two-thirds said that it was given without their consent.

Why? I ask. Why is consent not taken? Feeding formula milk to babies is a medical intervention and it should only be done in case of a medical condition that inhibits the mother or the baby from breastfeeding. And if there actually is a medical condition, then consent should be taken, just like in that case of any other medical procedure. In my case, there was no need for formula feeding at all. There are risks associated with feeding formula milk to babies which should be clearly mentioned in the consent form.

When breastfeeding issues are so common, why aren’t parents educated about it so they’ll be better prepared for what lies ahead? Won’t that ease the burden and the stress on new parents? And that is a good thing, no?

The National Family Health Survey conducted in Maharashtra reveals that only 51.8 per cent of babies in Maharashtra are breastfed within one hour of their birth. This is a very sad figure considering how important it is to breastfeed a baby soon after it is born. Early breastfeeding has long-term physical and psychological effects on both the mother and the baby. A rise in formula feeding could also be a reason why these numbers don’t look so good. The same survey revealed that only 53 per cent of the babies are exclusively breastfed for the first six months. When international organisations like WHO recommend exclusive breastfeeding for the first six months, at 53 per cent we have a long, long way to go. Let’s turn around the statistics a little. Breastfeeding is not an easy journey. It is anything but easy, but with the right kind of support, all babies and parents can make it a really fulfilling one. Let’s start by making a difference.

This WBW, I hope the government and the lawmakers in our country take note of my Change.org campaign and make breastfeeding journey an easier one for both mothers and babies. We could start by first seeking parental consent before looking for breast milk alternatives and educating new parents about the challenges they could face on their journey towards breastfeeding.

My baby was fed formula without my consent. I realized my baby and I are not alone, there are many more babies and mothers like me who have been through the same ordeal that I have. This is where this petition comes in. This is why it is so important for you to give all the support that you can for me and my campaign. This is the time you do it. Don’t put it off for later. Do it now. Do it for me. Do it for my baby. Do it for the many babies and their mothers. DO IT NOW! I hope what happened to me never happens to anyone else.

For all the latest Lifestyle News, download Indian Express App