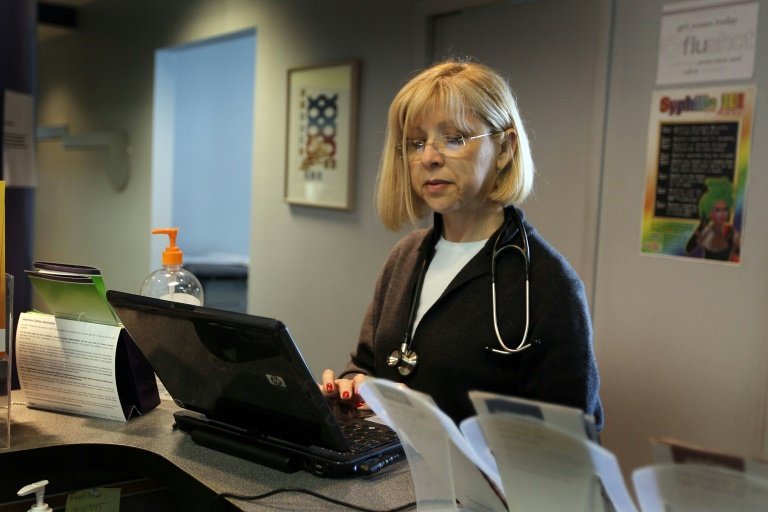 A medical chatbot said to perform as well as or even better than human doctors has sparked a war of words in Britain, in a clash over how much the cash-strapped public health service should rely on artificial intelligence.

The programmed chatbot, a key feature of Babylon’s “GP at Hand” app, scored 81 percent when sitting the test for the first time, while the average pass mark over the past five years for doctors was 72 percent, according to the company.

Its founder Ali Parsa, who presented the findings in London earlier this week, hailed the results as “a landmark”.

“(They) take humanity a significant step closer to achieving a world where no one is denied safe and accurate health advice,” he said in a statement.

Andrew Goddard, an NHS doctor and president of the Royal College of Physicians (RCP), which represents 34,000 doctors across the globe and hosted the Babylon event unveiling the findings, told the audience that Artificial Intelligence was “the future”.

“How quickly we’ll get there I will wait and see—medicine needs to get engaged with it,” he said.

But ahead of the London showcase, the RCGP issued a stern rebuke of the company’s claims.

“No app or algorithm will be able to do what a GP does,” said its vice-chair Martin Marshall.

“Computers are computers, and GPs are highly-trained medical professionals: the two can’t be compared and the former may support but will never replace the latter.”

The organisation went on to question the sample questions used by Babylon in its testing.

In response, the company called the RCGP “completely off the mark” and accused it of “misunderstanding” facts.

Mobasher Butt, Babylon’s medical director, said the RCGP was “shoring up an outmoded and financially self-interested status quo which solely works to the benefit of a limited number of partner GPs.”

Babylon says it is on a mission “to put an accessible and affordable health service in the hands of every person on earth”.

It launched an app for patients in Britain’s NHS in parts of London last September that has more than 50,000 users.

The company also has more than 2 million members in its healthcare service in the east African nation of Rwanda.

It plans further rollouts around the world, and is collaborating with tech giants Samsung and Tencent to expand its app offerings.

“I believe that we are on the threshold of being able to do with healthcare what Google, for instance, did with information,” Parsa said.

Noting two-thirds of healthcare costs within the NHS go on salaries, he called on the medical community to welcome AI.

“As long as we don’t tackle our complete reliance on human beings to deliver healthcare, we are not going to be able to do so affordably.”

But the RCGP said Babylon’s “GP at Hand” app was “cherry-picking” patients, “leaving traditional GP services to deal with the most complex patients”.