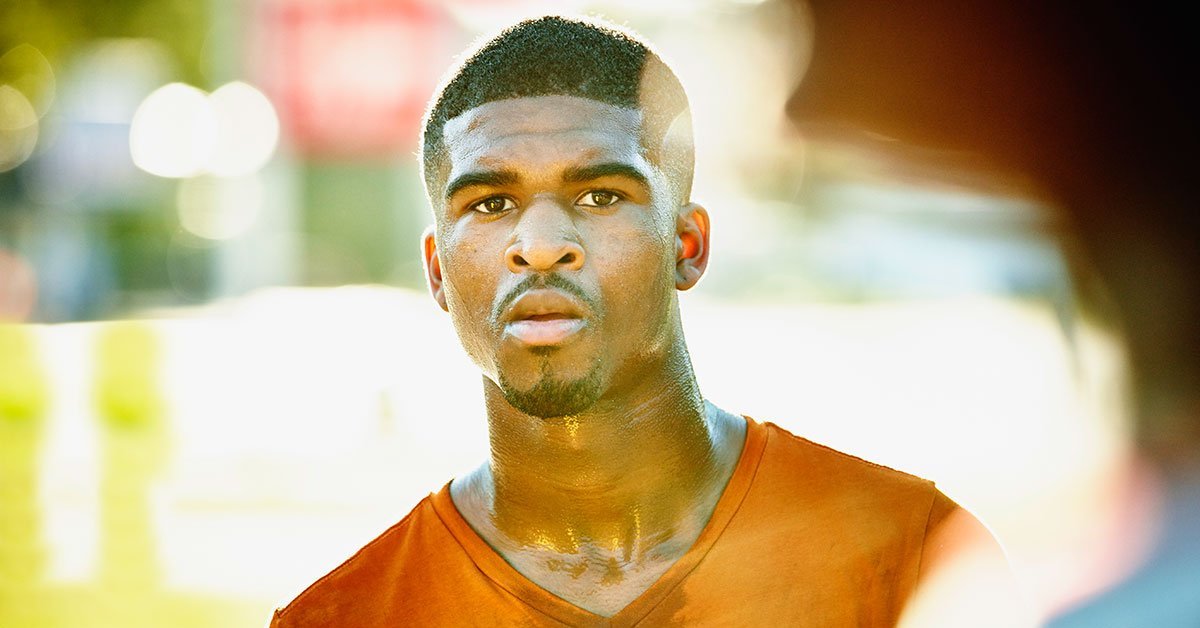 With major heat waves hitting the United States, here’s what to know about dehydration.

With record-breaking heat waves affecting much of the United States this summer, experts are warning about the hidden dangers of dehydration.

Now a new study finds dehydration not only impairs people physically. It can also lead to cognitive decline.

According to the recent study from the Georgia Institute of Technology in Atlanta, just a couple of hours of vigorous activity in the heat without drinking fluids or eating can greatly affect concentration.

Researchers found that dehydrated people taking tests which required attention to details or tests that were monotonous were most affected.

Functions such as complex problem-solving, coordination, and attention suffered the most, while activities involving quick reactions weren’t as affected.

“The simplest reaction time tasks were least impacted, even as dehydration got worse, but tasks that require attention were quite impacted,” said Mindy Millard-Stafford, PhD, director of the exercise physiology laboratory, a professor in Georgia Tech’s School of Biological Sciences, and a co-author of the study, in a released statement.

The authors state that maintaining focus in long meetings, driving a car, or having a monotonous job in a hot factory requires attention.

However, in the face of being dehydrated, these abilities decline, and diminished cognition can pose harm to the body.

What did they find?

As the participants lost more water, they increasingly made more errors during attention-related tasks. For example, those activities that were more repetitive and unexciting, such as punching a button in various patterns for several minutes, suffered the most.

Although researchers don’t know exactly when cognitive impairments occur, they examined studies that involved between 1 and 6 percent loss of body mass due to dehydration.

They found that the most severe impairments occurred starting at 2 percent, and this drop in water weight can occur quickly.

“If you weigh 200 pounds and you go work out for a few of hours, you drop 4 pounds, and that’s 2 percent body mass,” Millard-Stafford said. “With an hour of moderately intense activity, with a temperature in the mid-80s, and moderate humidity, it’s not uncommon to lose a little over 2 pounds of water.”

Some of the earliest signs of dehydration include being thirsty, feeling dizzy, developing nausea, and headaches. When someone starts to develop heat cramps, it may be an early indicator of the progressive effects of dehydration.

In extreme cases, when dehydration isn’t prevented or effectively treated at home, many people end up having to go to the emergency department.

“We generally see a spike in cases of dehydration in the mid to late summer when the heat index (temperature and humidity) is the highest,” said Dr. Robert Glatter, emergency medicine physician at Lenox Hill Hospital in New York City. “We also see some people who may be exercising during the hours of peak sun — 10 to 2 p.m. — who may not be keeping up with their fluids.”

Both the elderly and young children need to have their hydration closely monitored.

“Older persons are a greater risk for dehydration due to impaired ability to sense thirst, combined with a reduced ability to concentrate urine, losing more fluid,” said Glatter.

On the other hand, younger children and infants are at a higher risk because they have a lower total body weight and a higher concentration of water. They also turn over electrolytes and water faster, so they lose water more quickly than adults.

“The higher body water content in infants and children — along with their higher metabolic rates and increased body surface area to mass index — contribute to their higher turnover of fluids and electrolytes,” Glatter explained.

An infant’s total body water is about 70 percent. It’s about 65 percent in children and 60 percent in adults.

How to safely stay hydrated

Although maintaining hydration is important, it must be done with some precaution.

Drinking too much water can dilute the body. This can lead to hyponatremia, or low sodium and salt in the blood. In extreme cases, this can lead to swelling of the brain and even seizures.

Although confusion may be a sign of a heat exposure injury, being proactive in prevention is the key to staying hydrated and healthy.

Hydrating and eating appropriately are two simple things that someone can do to prevent dehydration.

While it’s good to stay active, it’s best to exercise before the sun rises and after the sun sets. When doing so, wearing light-colored clothing and wearing a hat can also prevent excessive heat loss.

If someone faces the symptoms of heatstroke, Glatter recommends seeking immediate medical attention.

“Heatstroke is a medical emergency, and it’s vital that persons be rapidly cooled by transport to the closest emergency department,” he said.