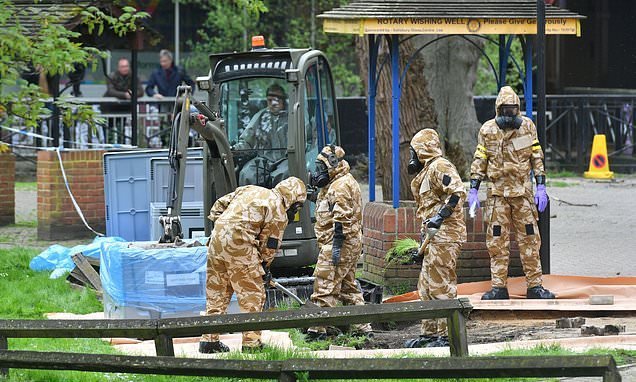 GPs should lock their doors and not let patients inside in the event of another chemical terror attack, doctors are told

GPs should lock their doors and not let patients inside in the event of another chemical terror attack, doctors have been told.

Patients should instead be be ‘corralled’ to a single centre and hosed down to avoid contaminating other GP practices, according to Dr Peter Holden, a medical adviser to Cobra.

His comments follow criticism from delegates of the British Medical Association, who said worried patients in Salisbury were told to go their GP following the poisoning of Russian double-agent Sergei Skripal.

They said doctors were left ‘guessing in the dark’ by a lack of central information on what they suspected had happened following the incident in March.

In particular, they criticised the 12 days before advice on managing potential contact with an unknown toxic substance was produced for GPs. 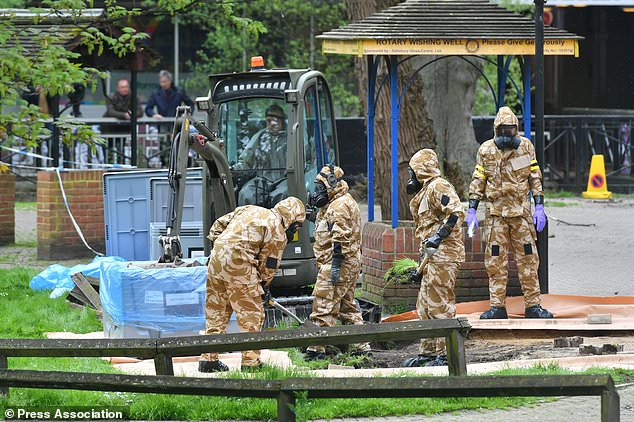 Military personnel were deployed to Salisbury when former Russian spy Sergei Skripal and his daughter, Yulia, were poisoned earlier this year

A dedicated poisons helpline should have been established immediately when the nature of the poisoning was suspected, they said.

‘The lack of information left doctors guessing in the dark’

Proposing the motion, Baroness Finlay of Llandaff, a cross-bench peer, said: ‘When an incident like this happens, and we all hope it won’t, but we all know it might, concerned people in the periphery of the incident go to the GP.’

She added: ‘The lack of central information left them guessing in the dark as the worried came seeking advice.’

Dr Holden, who is one of eight doctors on the Department of Health Emergency Preparedness Resilience and Response Clinical Reference Group, opposed the motion, saying he wanted to defend colleagues who had ‘worked like Trojans’.

WHAT HAPPENED TO FORMER SPY SERGEI SKRIPAL AND HIS DAUGHTER?

A former Russian spy and his daughter found slumped on a bench in Wiltshire on March 4 were poisoned by a nerve agent, according to Metropolitan Police Assistant Commissioner Mark Rowley.

Sergei, 66, and Yulia Skripal, 33, remained in a critical condition for weeks after they were targeted with a nerve agent in the middle of Salisbury town centre.

Nerve agents are a group of human-made substances that target part of the body’s nervous system to shut down its organs and overload the brain.

Death is certain in as little as 10 minutes unless an antidote is taken almost immediately after being exposed.

The minutes before death are torturous. The grisly effects include excruciating pain all over, paralysis, foaming at the mouth and nose, uncontrollable seizures and diarrhoea.

The advice took that long because they did not know what substance they were dealing with, he said, adding that there were issues of national security and the criminal investigation to consider.

If patients go to GP surgeries they put others at risk

Speaking after the motion, he said GPs should put signs up outside telling patients who feared they were contaminated not to come in.

Otherwise they would be putting the health of other patients at risk either through contamination, or by forcing surgeries to close.

‘With these types of attacks, if somebody is going to fall over, they will fall over pretty quickly.

‘If you were to have a Japanese sarin attack you wouldn’t go to a GP.

‘If the ambulance service was to tell an emergency department we are coming in with a white powder substance, that person would not be admitted through the normal channels.

‘They would go to a decontamination shelter. GPs don’t have those things.’

Dr Holden, was at the Hillsborough disaster in 1989, led rescue operations at the Tavistock Square bus bombing in 2005 and led for the profession in the 2009 Pandemic Flu preparations, denied it could harm patients.

He said: ‘We are not turning people away. Those who die tend to die in the immediate incident and they are not going to get anywhere near a GP surgery.

‘They will be dealt with by the ambulance service.’