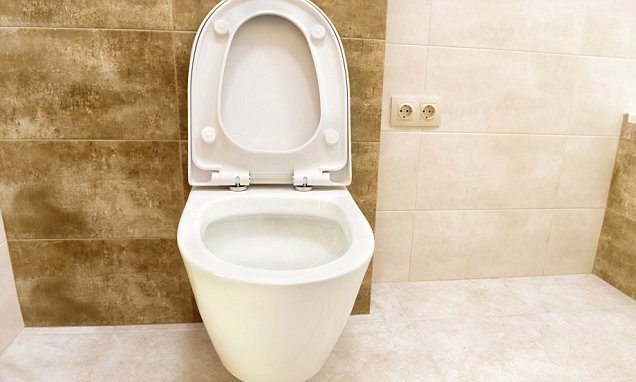 Why you should always put the lid down when flushing the toilet: Scientist reveals poo particles and other droplets spread into the air and land all over your bathroom from walls to towels

It’s one of the most annoying customs in many relationships, when one forgets to put the lid down before flushing the toilet.

But now a scientist has waded into the years old debate and explained exactly why people have a reason to moan about the disgusting habit.

Charles Gerba, a professor of microbiology at the University of Arizona, said: ‘You get a good spray out of the toilet area.

‘When droplets come out of the toilet, it looks like the Fourth of July.’ July 4 is a federal holiday in the US to celebrate its independence. 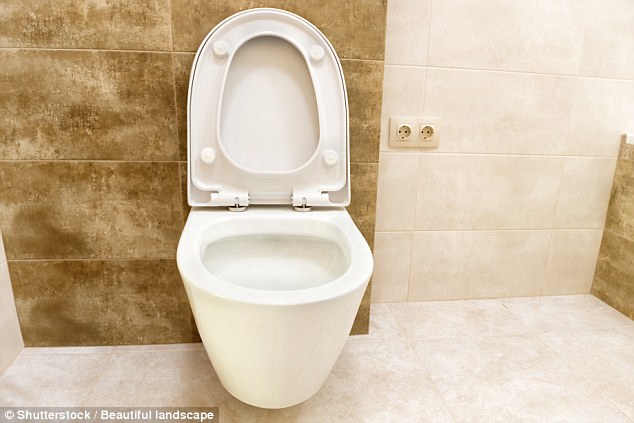 It’s one of the most annoying customs in many relationships, when one forgets to put the lid down before flushing the toilet

Not putting the toilet lid down before flushing the water allows a cloud of bacteria to explode into the air.

This showering of bacteria can settle on nearby surfaces in the bathroom, including toothbrushes, towels and even walls.

It can be known as the ‘aerosol effect’ to some scientists, but others refer to the unpleasant scenario as ‘toilet plume’.

Experts warn that this increases the risk of viruses such as the winter vomiting bug, or norovirus, of transmitting to another person.

Jason Tetro, a visiting scientist at the University of Guelph, said each time you flush ‘an aerosol is created due to the rush of water into the bowl’.

He added: ‘When this happens, any microbes deposited into said toilet may be sent into the surrounding environment.’

Mr Tetro is also the author of The Germ Files: The Surprising Way Microbes Can Improve Health and Life (and How to Protect Yourself From the Bad Ones).

Over the course of a day, the average person is believed to flush the toilet up to six times, according to Realtor.

Fortunately, newer low-flow toilets have lessened the chances of the ‘aerosol effect’ but a lot of older toilets are still in use and so the risk is still there.

Microbiologist Philip Tierno previously told Tech Insider: ‘It is a good idea to lower the seat, especially if the bathroom is used by multiple people.’

This is because aerosol plumes can be transported up to 10 inches above a toilet seat when it is flushed – and remain in the air for up to an hour.

Dryers have long been known for their ability to disperse germs from people’s hands on to surrounding surfaces.

Trials showed 254 pathogen colonies grew within 18 hours of being blasted with dryer air for 30 seconds.

In comparison, just six colonies grew within the same time frame in a setting without hand dryers.

These bacteria can include MRSA, which can lead to life-threatening sepsis, pneumonia or toxic shock syndrome.