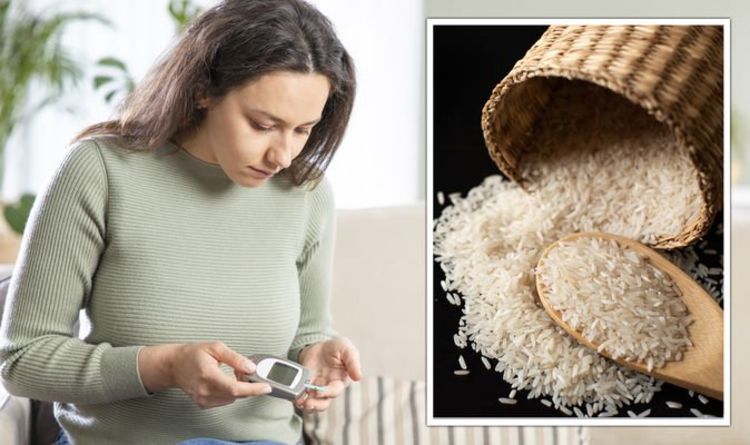 Type 2 diabetes can be a 'devastating diagnosis' says expert

There are 3.4 million people with type 2 diabetes in England – with about 200,000 new diagnoses each year. Caseloads of the condition have more than doubled in the past 20 years, with figures expected to rise even further. While there is still a widespread presumption that the condition is benign, type 2 diabetes is precursor for myriad health conditions – some life-threatening. The condition occurs when the body’s cells become less responsive to insulin’s efforts to drive glucose into the cells, which is known as insulin resistance. Some foods, which score highly on the glycemic index, should therefore be avoided at all costs.

Rice is considered a staple food in over half of the world’s population, with consumption in the UK expected to increase as a result of ethnic population and food diversification.

Research at Harvard School of Public Health evaluated whether the food could hike the risk of type 2 diabetes.

For the study, researchers drew on a pool of data pertaining to the dietary habits of 325,000 people from Japan, China, the US and Australia.

Dietary trends were monitored during a follow up period of 22 years.

Findings revealed that consuming 5.6 ounces of cooked rice was associated with an 11 percent higher risk of developing diabetes.

The findings echo a previous study published in the British Medical Journal, which found that people who ate white rice saw a 27 percent boost in risk of type 2 diabetes.

These findings stand in stark contrast to NHS suggestions that individuals with diabetes should continue eating pasta, rice and bread as their staples.

Brown rice is sometimes recommended for diabetic patients due to its high fibre contents.

She explained: “Fibre fills you up, helps to keep blood glucose under control and keeps the digestive system healthy, all f which will help with weight loss.”

According to Diabetes UK, type 2 diabetes is a serious condition where your blood glucose is too high.

Chanelle Corena, health of type 2 prevention at Diabetes UK, said: “There are 3.7 million people currently diagnosed and this figure is set to grow.

“We estimate that there are almost one million more people undiagnosed.”

Official figures show that about 10 percent of the NHS budget is spent on diabetes, with at least one in 6 hospital beds assigned to someone with diabetes.

How to avoid the condition

Fat, notably visceral fat, has been found the confer the biggest risk of developing type 2 diabetes.

Visceral fat, which sits mainly around the mid-section of the body, encases organs including the pancreas.

The pancreas is vital as it produces insulin, which regulates blood glucose levels. Therefore when it becomes clogged with fat, it struggles to fulfil its function.

Trials funded by Diabetes UK have also shown that losing 10Kgs could reverse the condition in a third of patients for up to two years.