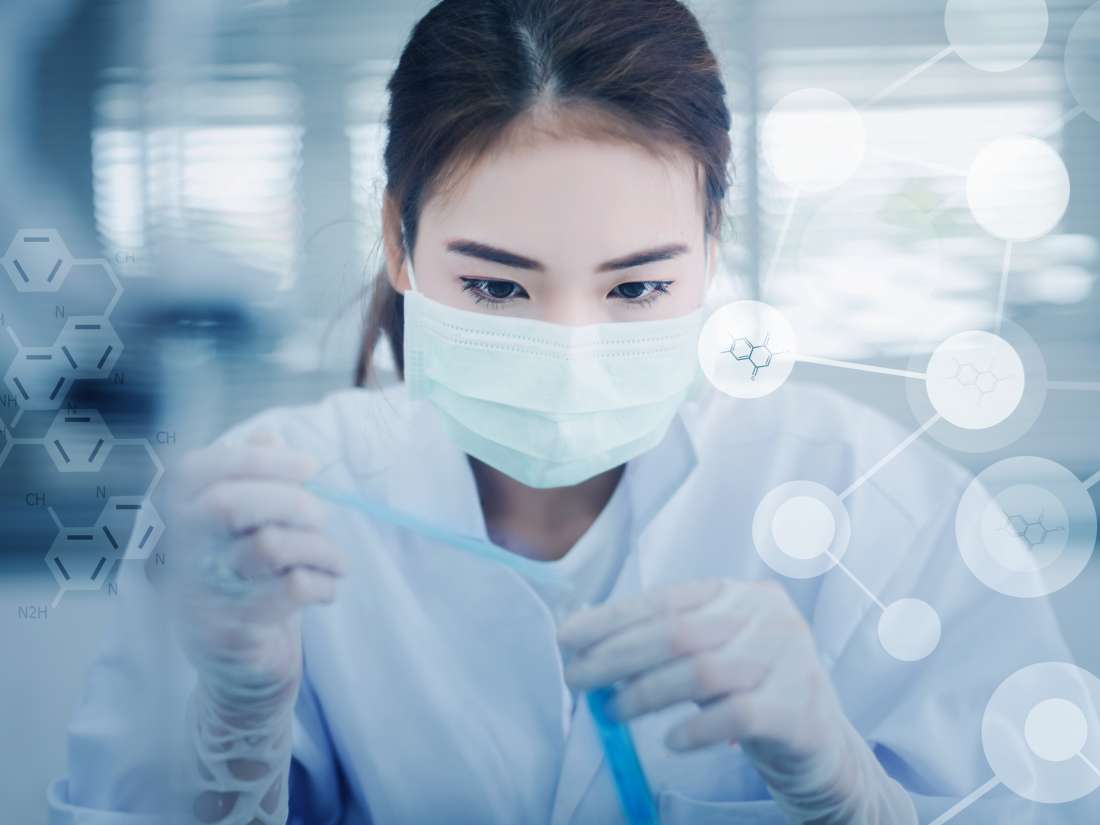 The new “intelligent drug delivery” system uses a nanocapsule that will only discharge its drug load when it encounters two tumor signals in the correct sequence.

A “proof-of-principle” paper — now published in the journal Chemical Science — describes how the system performed successfully in response to a sequence of two conditions that occur inside tumors.

The first condition was a rise in acidity over a particular threshold, and the second was the presence of a substance called glutathione, the levels of which are higher in certain types of tumor.

Meeting these two conditions — in this exact order — informs the nanocapsule that it is entering a “multistage tumor microenvironment,” causing it to release its drug load. If it only meets one condition, or meets them in reverse order, it does not release the drug.

Senior study author Wei-Hong Zhu, a professor of chemistry at the East China University of Science and Technology in Shanghai, and his team tested the system first in laboratory cells, and then in live mice.

This opens up the possibility of using the system as a “smart fluorescent sensor” for more accurate diagnostics.

Prof. Zhu says that he and his colleagues believe that the research will lead to a “new generation of drugs” that can be programmed to respond to specific stimuli in a logical manner.

One of the reasons that their new system takes drug delivery to another level is because it uses “sequence-based AND logic” and not OR logic to trigger drug release.

A delivery system that uses OR logic releases the drug when it meets either of the conditions that it is programmed to respond to.

With sequence-based AND logic, on the other hand, the system only releases the drug when both conditions are met in the right sequence.

The scientists suggest that this approach better protects the drug from “destructive environments and undesirable interactions” and ensures more accurate triggering of release “when needed.”

Though convenient to describe the drug delivery system as a “nanocapsule enclosing a drug load,” this is not strictly how it works.

The system actually comprises long molecules made of three parts. The first gives off a fluorescent signal, the second is a “prodrug,” and the third is a long “polymer tail.” The prodrug metabolizes into the anticancer drug when it is released.

While pH is lower than the programmed threshold, the long molecules form a shape that is called a “micelle.” This resembles a sphere, with all the polymer tails on the outside and the fluorescent units at the center. In this formation, the fluorescent signal is suppressed.

But when the micelle enters an environment in which the pH falls below a certain threshold, the formation comes undone and the long molecules are let loose.

The first thing that happens is that the fluorescent signal will no longer be suppressed and can be detected. It indicates that the first condition of the AND logic (drop in pH) has been met.

The freeing of the long molecules allows the second condition, when met, to have an effect. In this case, exposure to glutathione severs the link between the long molecule and the prodrug. Once launched, the prodrug is then free to metabolize into the active anticancer drug.

Losing the prodrug means that the long molecule becomes shorter, causing a shift in the “color,” or wavelength, of the fluorescent signal — which is still being emitted — “from green to purple-red.” This signals that the second condition of the AND logic has been met in the right sequence.

The authors note that this dual-wavelength fluorescence makes the system “suitable for performing real-time three-dimensional bioimaging,” which can be a “powerful tool for accurate disease diagnostics, especially for suspicious lesions.”

When the team tested the system in cells and in live mice, it discovered that it exhibited “excellent multistage tumor targeting ability.” In the mice, it also showed “significant enhancement in antitumor activity […] nearly eradicating the tumor.”

“This sense-of-logic nanoprobe provides a prototype to development of in vivo intelligent biosensing probes for precise programmable drug delivery systems.”