Billie Eilish shocked pop and fashion fans alike when she wore a blush-colored ball gown at the Met Gala Monday, marking a noteworthy departure from her usual oversized garments.

The 19-year-old singer channeled Marilyn Monroe with her bright blonde hair and tulle Oscar de la Renta dress. The “Bad Guy” singer was dripping with Cartier diamonds as she dropped jaws at fashion’s biggest event of the year.

The dress fit with the Gala’s theme “In America: A Lexicon of Fashion,” evoked alllll of the Hollywood glamour. Here’s her on the famed steps of the Met: 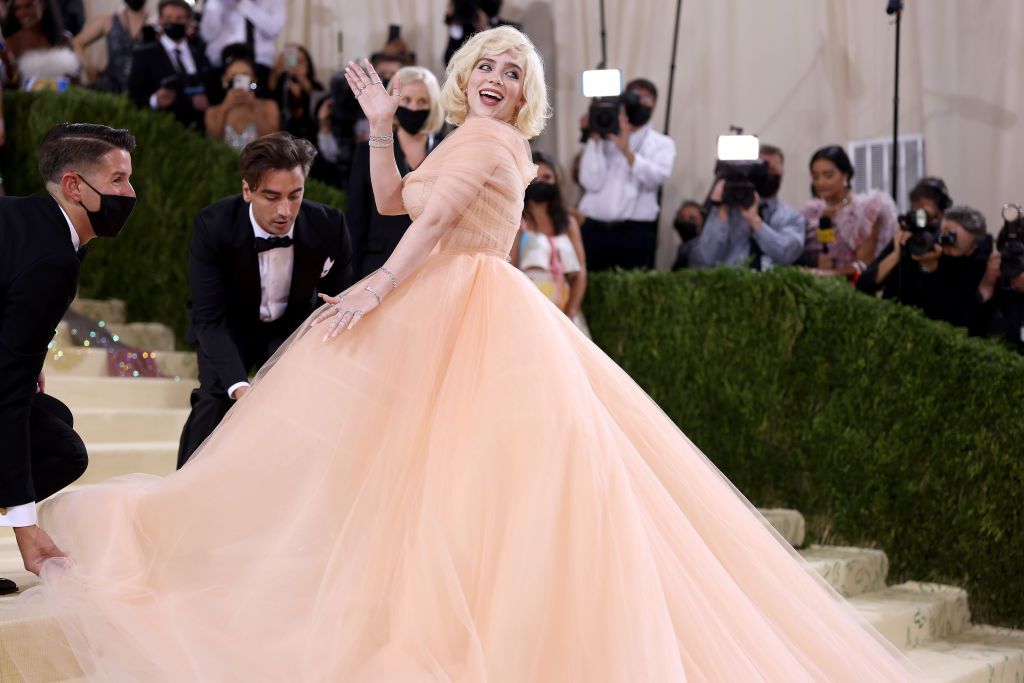 And here’s her daring after-party look, with a sky-high slit revealing a leg tattoo: 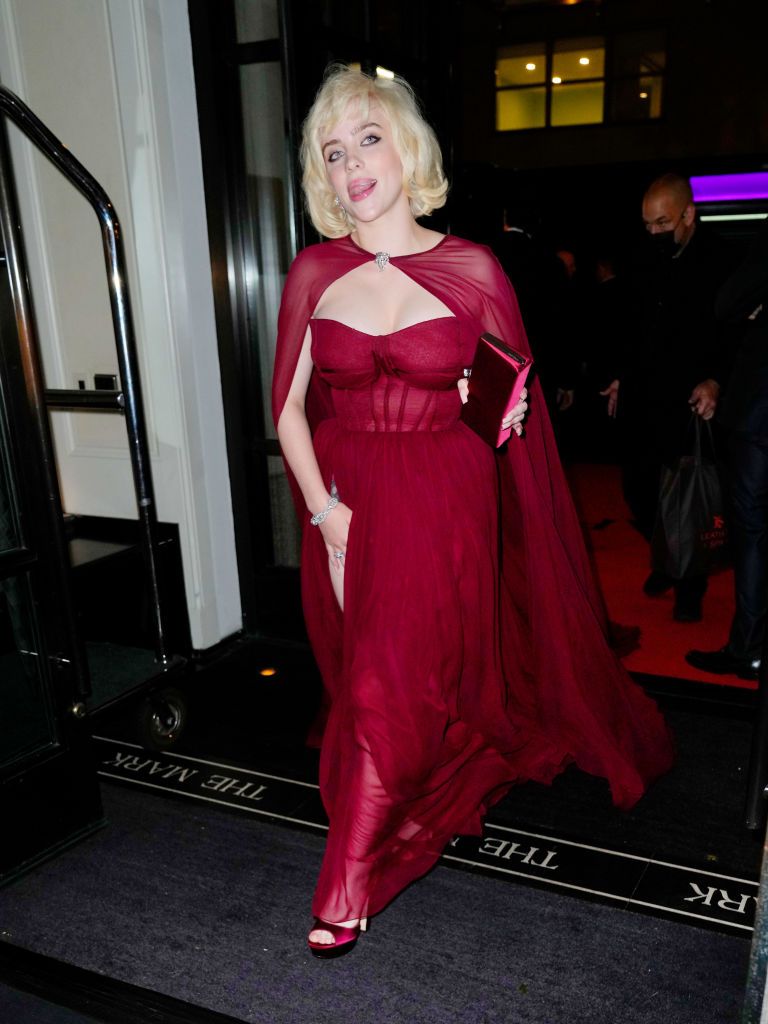 But for Billie, this fashion moment was about far more than just a dress. The teen sensation has been known for wearing baggy clothing and pantsuits as a way to hide her figure from criticism and unwanted attention. With the release of her album Happier Than Ever in July, Billie said she was beginning a new era—and a greater acceptance of her body.

In the past, “I never want the world to know everything about me,” Billie said in a Calvin Klein campaign. “I mean, that’s why I wear baggy clothes: Nobody can have an opinion because they haven’t seen what was underneath.” 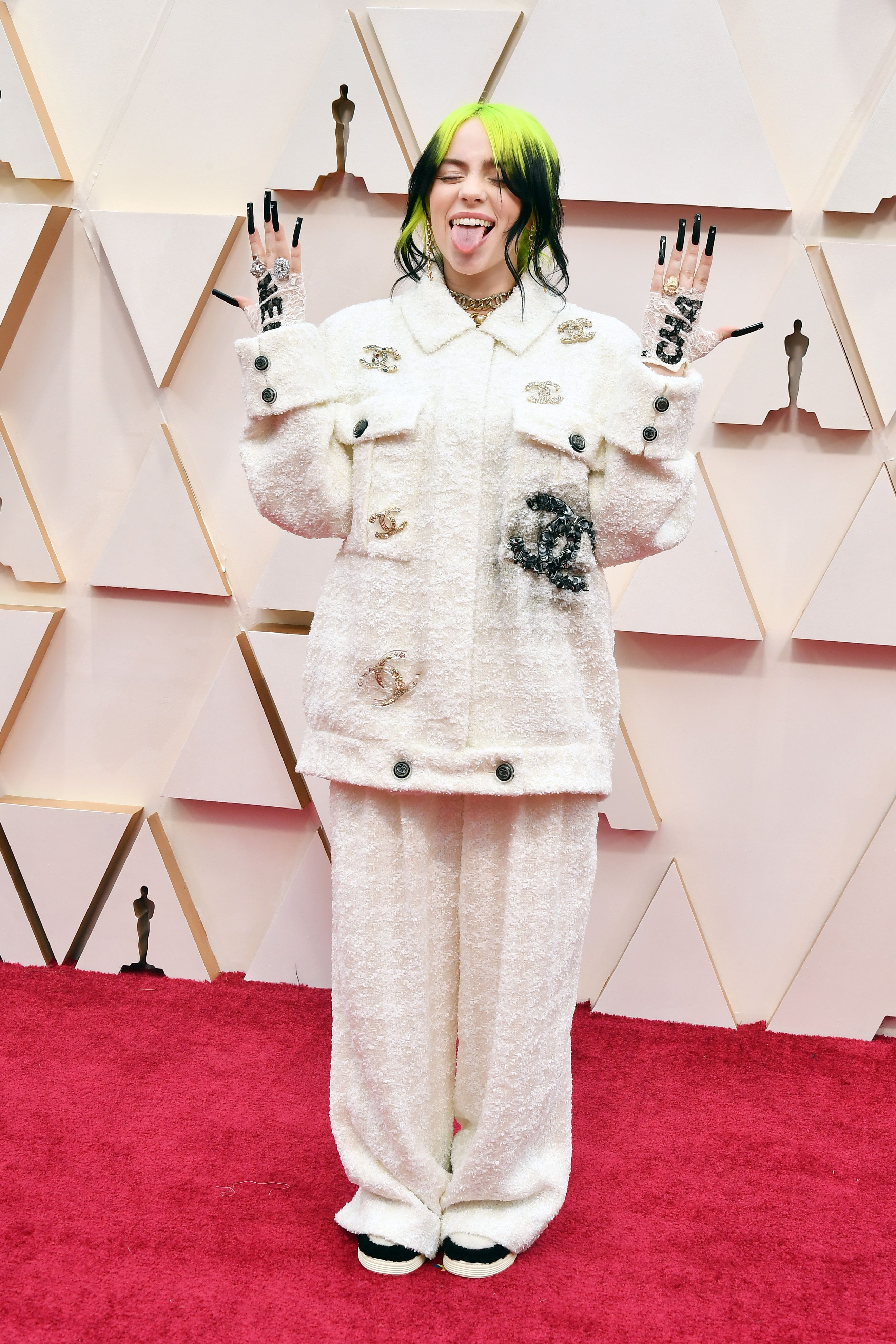 This week, Billie told Vogue that big dresses were her favorite clothing when she was a child. In fact, she said she used to wear a different dress every single day. What changed?

“It’s really body image that tore that sh*t down,” Billie said about her style evolution toward oversized apparel. “Why do you think I’ve been dressing the way I have for years?”

And earlier this year, the singer gave a candid interview to Vanity Fair about how the attention placed on her body has affected her. She’s now in a better place, but explained how her negative body image affected her life while she was growing up. She opened up about taking diet pills at 12 and self-harm. 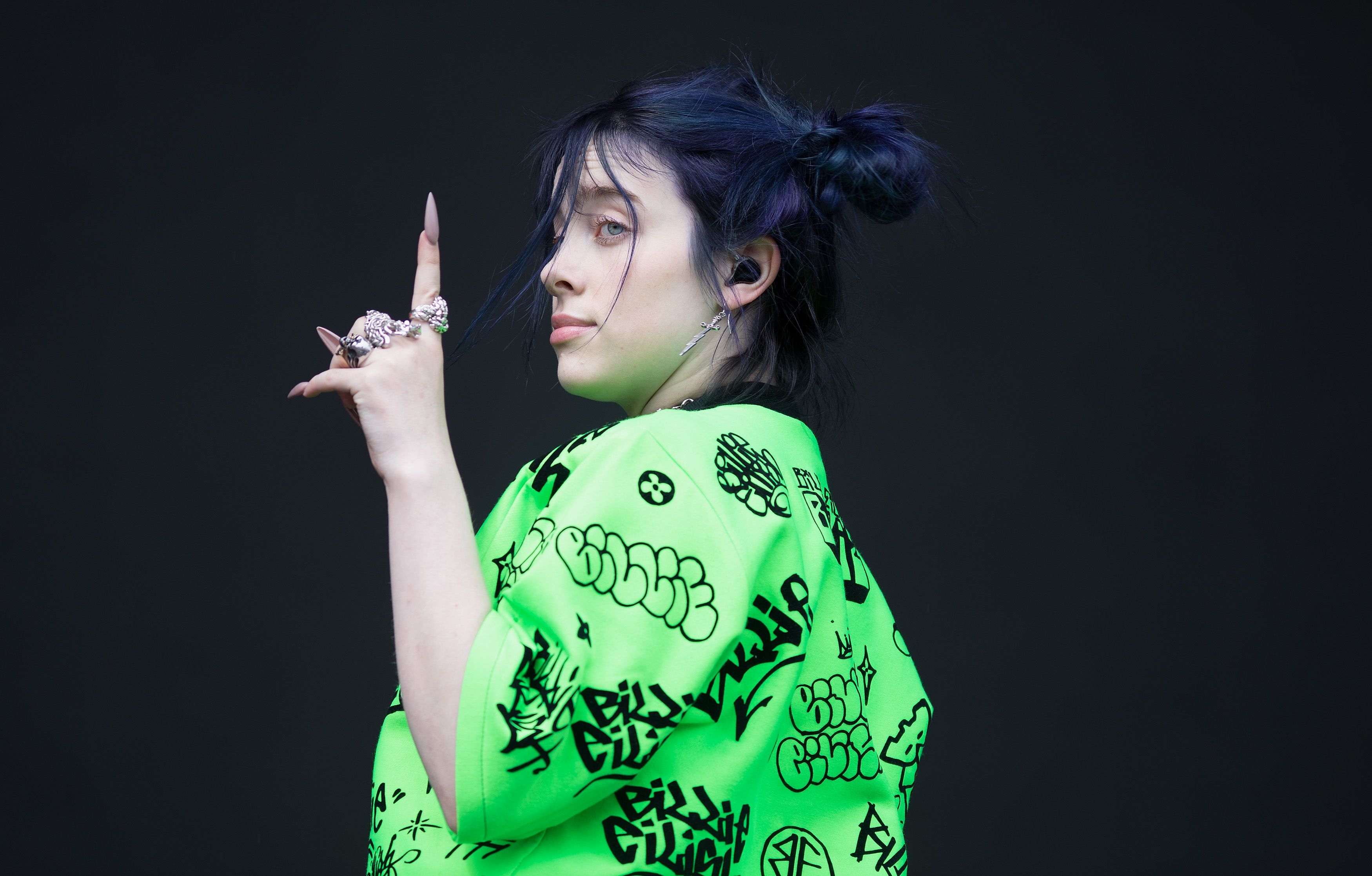 But last year, the singer said that she had an image transformation brewing, dubbing it “a new era.” In May 2020, she took to social media to share a short film titled NOT MY RESPONSIBILITY, clips of which were featured throughout her Where Do We Go? World Tour. In the video below, the she sets the record straight on body image, shaming, and confidence

This past May, she sizzled in sexy lingerie on the cover of Vogue UK.