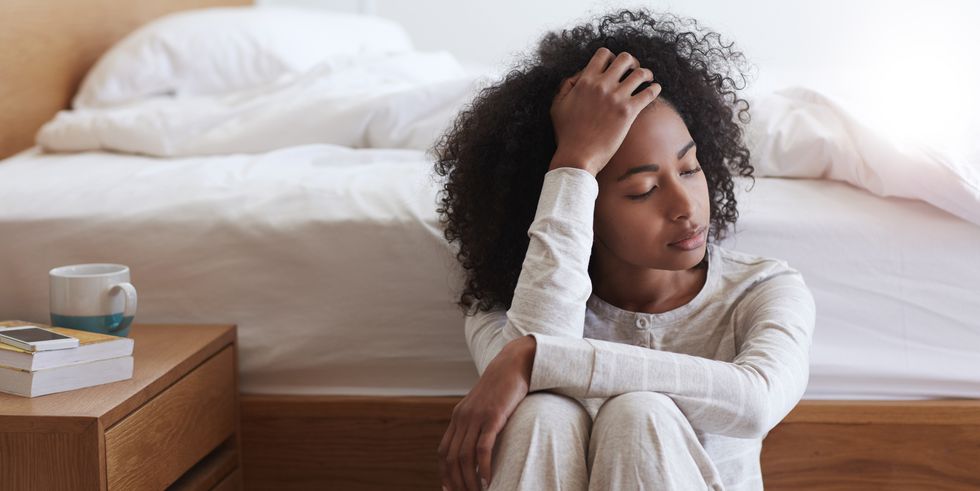 Autoimmune diseases—which occur when the immune system turns on you and starts attacking healthy cells—can impact anyone, but almost 80 percent of people who have them are women. No one knows exactly why, but recent research suggests that it may have to do with differences in the way certain genes are expressed in females. Whatever the cause, it’s especially bad news since autoimmune illnesses are on the rise. “In the past 50 years, the incidence of autoimmunity in the US has tripled,” says Amy Myers, MD, author of The Autoimmune Solution.

There are at least 80 different autoimmune diseases. Though each one is unique, many share hallmark symptoms, such as fatigue, dizziness, low-grade fever, and inflammation, which can cause redness, heat, pain, and swelling.

Treatment depends on the disease, but it often includes anti-inflammatory medications, drugs that suppress the immune system, or newer biologic agents that either mimic substances normally produced by the body or block other substances that are part of the immune system, explains Doctor Howard Smith, a rheumatologist. Natural strategies are also gaining traction, including reducing inflammatory foods like those high in sugar and saturated fat, reducing stress, lowering your burden of toxins, and healing your gut. As Dr. Myers notes, 80 percent of your immune system is located in your gut.

Catching autoimmune diseases early is the best way to slow their progression, but you need to know what to look for. Read on to learn the signs and symptoms of seven the most common ones:

Nearly 4 percent of women will develop rheumatoid arthritis in their lifetime, according to a study published in Arthritis and Rheumatism. The disease produces inflammatory joint symptoms throughout the body, including in the hands, fingers, elbows, knees, and hips.

RA differs from osteoarthritis, a common degenerative condition that results from the wear and tear on your joints, in several ways. RA symptoms like fatigue, fever, weight loss, and loss of appetite tend to come on quickly and worsen in a matter of weeks, rather than developing slowly over time. RA also produces symmetrical symptoms, meaning both sides of the body are affected.

Treatments for RA include NSAIDs (like aspirin and ibuprofen) to reduce swelling and pain, prescription drugs to stop the immune system attacks, and physical and occupational therapy to improve mobility. Lifestyle changes like exercise, weight management, and overall healthy habits are also key.

In 2015, actress and singer Selena Gomez brought lupus into the spotlight when she announced that she was battling the chronic autoimmune disease.

Lupus affects an estimated 1.5 million people—nine out of 10 people of which are women—and it can damage the joints, skin, kidneys, heart, lungs, and other parts of the body. Because lupus can affect many different organs, so it’s often accompanied by a wide range of symptoms, which can make it hard to diagnose. Symptoms might include extreme tiredness; headaches; painful or swollen joints; fever; anemia; swelling in the feet, legs, hands, and/or around the eyes; chest pain on deep breathing; a butterfly-shaped rash across the cheeks and nose; sun- or light-sensitivity; hair loss; abnormal blood clotting; fingers turning white and/or blue when cold; and mouth or nose ulcers.

Treatment often includes corticosteroids and other meds to help reduce inflammation, suppress the immune system, and minimise damage to organs.

Hashimoto’s thyroiditis occurs when the immune system attacks the thyroid, a butterfly-shaped gland in the center of your neck, which usually leads to a deficiency of thyroid hormones (hypothyroidism). Hashimoto’s affects 14 million Americans, making it the most common type of thyroid disorder.

Some people notice swelling at the front of the throat (aka a goiter). Other symptoms may include fatigue; weight gain; hormone imbalances; muscle or joint pain; cold hands and feet; dry skin and nails; excessive hair loss; constipation; depression; memory lapses; and a hoarse voice. These issues are usually corrected by taking synthetic thyroid replacement hormone.

A chronic skin condition that causes skin cells to grow too quickly, psoriasis may be the only autoimmune disease that’s equally common in women and men. It’s estimated that 7.5 million Americans have it. The most common type, plaque psoriasis, appears as raised, red patches covered with a silvery white buildup of dead skin cells. These patches or plaques, which are often itchy and painful and can crack and bleed, mostly show up on the scalp, knees, elbows, and lower back.

Mild forms of psoriasis can often be managed with special moisturizers and shampoos, but moderate to severe cases usually require a combination of topical treatments, light therapy, and medications, including biologics.

You don’t have to have psoriasis to develop psoriatic arthritis, but up to 40 percent of people with psoriasis go on to develop it. This type of inflammatory arthritis usually affects the large joints. In severe cases, it causes pain, stiffness, swelling, and destruction in and around affected joints. Early treatment, which includes oral medications to reduce inflammation and swelling or biologics, may prevent joint damage that worsens as the condition progresses.

With Sjögren’s syndrome, your immune system attacks the glands that make tears and saliva. This causes a reduction in both the quantity and quality of their secretions and leads to symptoms like dry eyes, vaginal dryness, and dry mouth. The condition can also cause joint pain and fatigue. (Tennis star Venus Williams famously struggled with chronic fatigue and other symptoms before she was finally diagnosed with Sjogren’s.)

Four million people have Sjögren’s syndrome and the average age of onset is the late 40s. Scientists think the disease is caused by a combination of genes and exposure to a virus or bacteria, but they’re also investigating the possibility that the endocrine and nervous systems play a role.

Treatment depends on what part of the body is affected. For instance, dry eyes may be treated with eye drops or ointments, or by blocking the tear ducts with tiny plugs (so more tears can pool in the eyes); anti-inflammatory medications; or surgery in severe cases. Dry mouth can be remedied by chewing gum or sucking on hard candy (sugar-free in both cases, because dry mouth makes you extremely prone to tooth decay), staying hydrated, using lip balm, and other therapies such as saliva substitutes or medications that stimulate the salivary glands.

Characterised by abnormal growth of collagen (the connective tissue in the skin and blood vessels), scleroderma occurs in about 24 of every 100,000 people. “The skin becomes thickened and hard, making it very difficult to move,” says Mona Gohara, associate clinical professor of dermatology at Yale School of Medicine. Hardened tissue can also build up in the kidneys, lungs, heart, and gastrointestinal tract.

This article originally appeared in Prevention