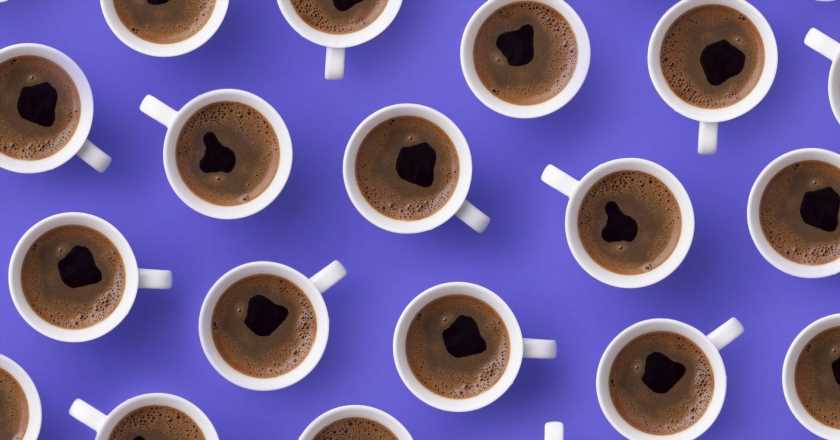 Feeling groggy this morning? On your third cup of the black stuff? Reaching for some caffeine is an energy lifeline for many – but how much is too much?

New research has shown that coffee is incredibly good for your gut. That’s good news considering we’re a nation addicted to the stuff: according to Nescafe, 30 billion cups of the stuff are drunk every year in the UK.

But there’s more than just polyphenols loaded into mugs of the black stuff. It also contains our friend caffeine.

Is coffee good for your gut? A new study shows the beneficial impact on gut bacteria

And let’s be honest, anyone who’s foundpouring the third mug of the day before 10am does tend to receive a raised eyebrow. But is too much coffee actually bad for us?

“There is not a specific ingredient in coffee that is bad for us per se,” explains nutritionist Emilia Thompson PhD.“Rather, it’s vastly exceeding the amount of caffeine which we are used to that may cause some short-term disturbances.”

These can range from increased blood pressure to anxiety, Emilia explains, “but this tends to be in those already exhibiting anxiety or in those non-habituated to caffeine.” In already-regular coffee drinkers, these negative effects are usually only found in very high doses (more than 500mg, or five cups of coffee). “Up to two cups, which is, of course, a more realistic amount for consumption, appears to have no relevant effect,” Emilia says.

How much coffee is too much? Should we be watching our caffeine intake?

In fact, coffee has been associated with a reduction in type 2 diabetes (due to the polyphenols, an antioxidant, it contains) as well as Alzheimer’s, and heart disease. A new piece of research published in the American Heart Association’s journal Circulation found that higher coffee intake was associated with reduced risk of heart failure. Further studies exploring the effect of caffeine on the brain have also shown that coffee drinkers can experience improved motor control, too.

However, before you reach for that second (or third or fourth) mug, how much is too much? According to the European Food Standards Agency (EFSA) we shouldn’t be having more than 400mg of caffeine a day, which equates to roughly four cups of coffee.

But what impacts one person is a drop in the ocean to another, so it’s best to account for your individual needs. 3-5mg/kg body weight is a rough dose and works out at around 200-350mg (or two-three cups of coffee a day for a 70kg person), according to the EFSA. And remember that if you’re a habitual tea drinker or you drink other caffeinated beverages like energy drinks you’ll need to reduce the coffee intake to account for that.

It’s also important to note that while a recent study by Reykjavik University was widely reported on for suggesting that pregnant women should avoid all caffeine, the NHS says consuming 200mg or less a day should not pose any significant risk to the mother or baby.

Cutting out coffee: “I gave up caffeine for a month – here’s why I’m sticking with it”

If you are going to pour yourself a big mug, Emilia advises that you introduce and increase it in small increments so as to not give your body a shocking dose of caffeine. And, “morning time is best,” says Emilia. “Ideally, avoid having caffeine within 10 hours of your usual bedtime.” Studies show that single doses of 100mg of caffeine (about one cup of coffee) may increase sleep latency and reduce sleep duration in some people, particularly when consumed close to bedtime.

But, let’s not forget that an energy boost isn’t always bad: “Having coffee before working out can help delay fatigue and support exercise intensity,” Emilia says, making it the perfect pre-workout drink.

So, while it can “support both cognitive and physical performance, and it tastes delicious,” Emilia reminds us that there can be too much of a good thing. “Should you feel any negative impacts of coffee personally, for example, disturbed sleep or increased anxiety, then try reducing your caffeine intake. There is no gold-standard test for this, it is somewhat subjective.”

There’s no shame in simply loving a steaming flat white. But if you are feeling so tired that you have to have to turn to caffeine regularly, it’s best to speak with a doctor about what your body is trying to tell you, rather than masking it with coffee.