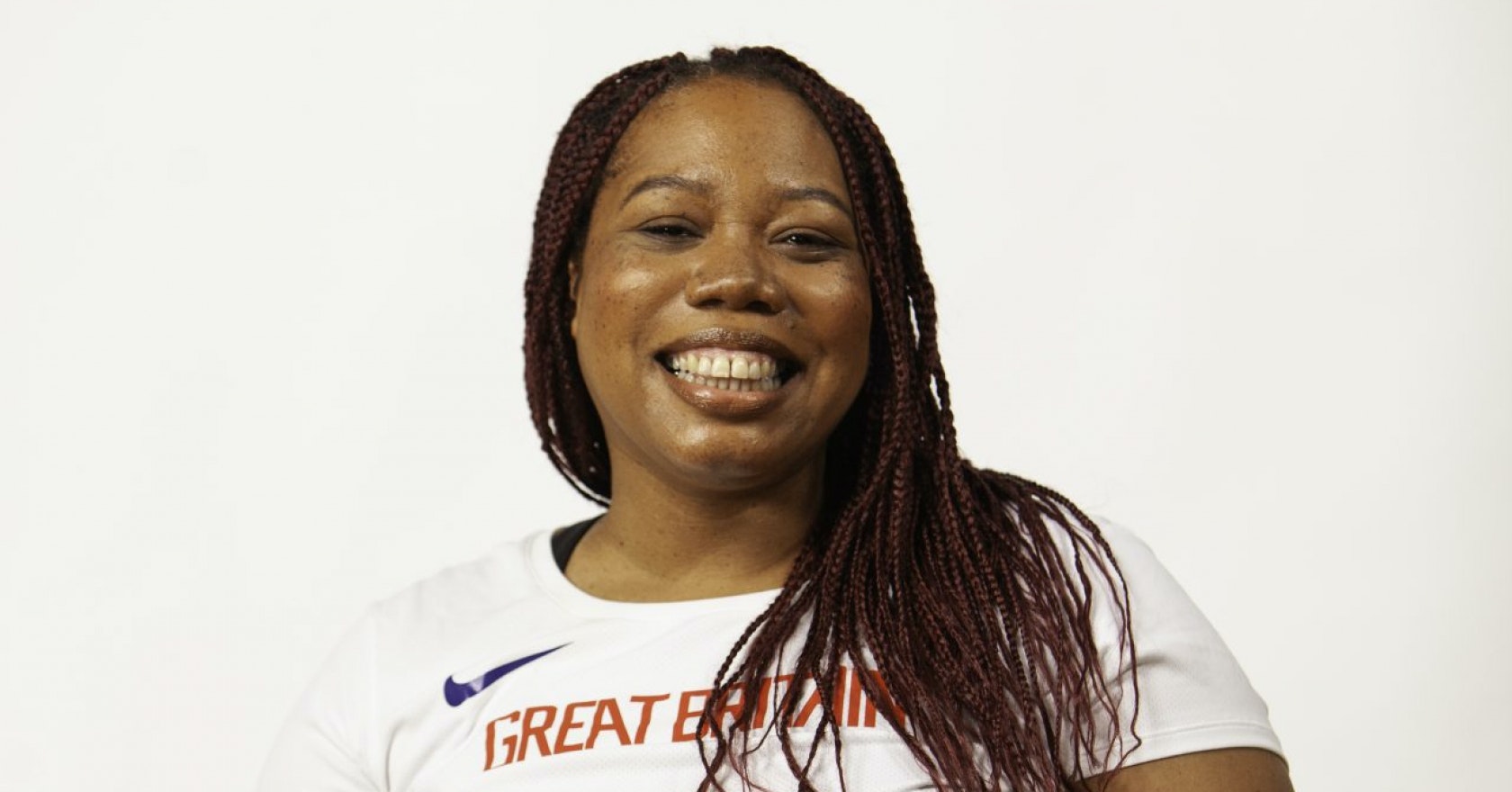 Team GB para-athlete Vanessa Wallace went from never playing sport to professional shotputter in just a few years. Here’s how she managed it…

Vanessa Wallace was 36 years old before she even considered signing up to a sports club. Even then, she only went along because she saw some small print on the advertisement for the wheelchair racing group, which said they could teach people to better use their chairs. “I thought, there’s not a chance I am doing sport. But I knew I needed better functionality,” she says. This was pre-2012, when access to sport for differently-abled people was limited, and she didn’t feel welcome in that world. But she went to the club, and continued going back.

This small decision launched her now-career as a Team GB para-athlete, competing in shotput, javelin and discus, and an ambassador for Müller. The move from wheelchair lessons to throwing was a complicated one, she says. It started when a coach at the club, Steve, approached her.

“He said, ‘Ness, have you thought about being a thrower? You’re built for it!’,” she says, dropping her jaw to show me her reaction to this comment. “I wasn’t sure how I was supposed to feel about that. I felt like he was calling me hench, which I now know is a compliment but I didn’t relate to the word in that way at the time.”

But she was doing what she refers to as her “year of yes – because I get bored easily, and wanted the challenge.” So she went off to Lee Valley, to meet the coach Steve had recommended. It was now 2014, and  Wallace’s confidence had grown in her chair, but she had no intention of getting serious about sports. So when the coach, Dr. Allison O’Riordan, tweeted her to ask when she was going to go back to train, she was shocked. “The thing was, I’d been tag-teamed by some sales assistants on the Number 7 counter in Boots,” she sighs. “They convinced me to put on some red lipstick – I couldn’t say no, given it was the yes year. I felt great – I felt brave in that red lip. So I replied, and it all started from there.”

It’s these baby steps that Wallace credits with getting her to two Olympic games, winning Gold at the European Championships in 2018 and holding the British record for shotput, javelin and discus. “I call these things my cheerleader and pom pom moments – making really, really small goals, and celebrating all of the tiny things. That’s what got me from that first time at the local wheelchair club to my first competition.

“I think that there can be a lot of pressure around setting huge plans, when actually it should come down to asking, how are you and who are you? What’s going to work for you? Knowing where you want to get to, but also recognising that it’s not always about that end goal. It’s about how you engage with the journey that’s going to get you there.”

Changing the image of strength, size and age

Small learnings are also how Wallace has unpicked her immediate shock at what Steve said to her on that training day. “Back then I didn’t see people, women, like me. Now, my goodness, I’m lucky to be surrounded by them,” she says. “That whole thing around body image and strong women – oh my goodness, let’s just absolutely put it through a grater and just shred all of that up. We need to be strong. We need to carry this body, and sometimes we carry the weight of the world, and whatever that looks like is F-ing amazing. It doesn’t matter if you’ve got biceps the size of my head, or whether you’ve got next to no definition. We need more imagery of us to cut up the foolish idea that if a woman is strong, there’s something wrong with her.”

Fitness goals: why we need to celebrate the small wins in our workouts

It’s not just different bodies that Wallace is interested in normalising. She was 38 before she ever took competing seriously, and she is thankful it didn’t happen any earlier. “I love the fact I’m an older athlete, and that I’m still learning and growing and things haven’t flatlined. It’s quite cool to tell people that you’re 45 and throw metal balls for a living.”

She calls her rise “vertical”, perhaps thanks to her age and incredible natural ability in the sport that meant her career simply went straight up, rather than juggling wins and losses and time out like many professionals who have been in the game since they were young. But the real impact of changing everything about your life at 38 years old is less glamorous. “It was scary to give up my job to commit to this without knowing what was on the other side. The bravest thing was actually saying, I love this and I don’t know what it looks like but I’m going to give it a go. I say my inner Jamaican made that decision, not me, because she’s braver than I am.

“The hardest part is the constant eating. I’ve always been a small eater, so rather than just seeing a plate and thinking ‘Oh my god, how am I going to eat it?’ I now see meals as fuel. I assign foods different jobs in my body, and that makes it a bit easier.”

Training-wise, she takes the focus back to micro-goals: “It’s not about the end, it’s about how we make this unit function better. It means learning techniques that help shotput as well as improving my speed and mobility. I do yoga almost every day, I do throwing sessions three times a week, I do strength and conditioning three times a week, and depending on the time of year, we’ll also add in cardio.”

Has that routine and her success in sport reframed her attitudes towards her diagnosis of Ehlers-Danlos, a syndrome that impacts her joint and muscular control? “I’ve been lucky enough to be in an environment where I’ve been able to play. But all this extra training doesn’t mean my impairment has gone away. It still impacts everything that I do, so I’ve got to have such an awareness of my body and of what helps and what hinders. The thing is not to forget that training doesn’t make me ‘better’ – I’m not, it’s still there. What works this week might floor me next week, so I need the resources for when that happens.”

Wallace went back into that Boots store, clutching her medals. “I told the women at the counter this whole thing was their fault,” she laughs. “The ladies couldn’t believe it.” But Wallace can – in fact, I’ve never spoken to anyone who has understood their own power in quite the same way. Wallace might credit it to her belief in “just putting one foot in front of the other”, but I think there’s an extra something about her spirit that supercharges her steps.

Vanessa Wallace is a Müller Ambassador and member of the Müller Athletic Squad.