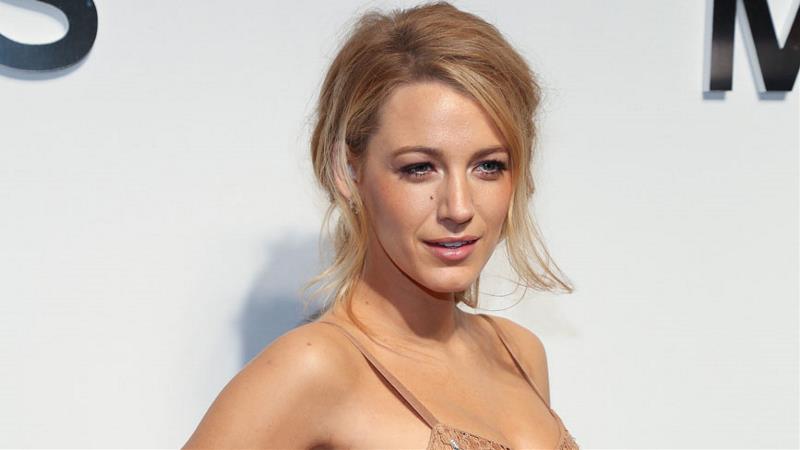 Blake Lively is kicking off her new year’s resolution early! The 29-year-old shared her diet and workout on Instagram, revealing she’s following a healthy meal delivery program and working out with a trainer.

The mother-of-two gave birth just two months ago and has set herself a goal, “I WILL fit into my jeans again gall darnet,” Lively posted on Instagram. “This is not an ad. This is me getting it up for healthy food,” she wrote.

Lively went on a diet after giving birth to her first daughter, James, because she had to film in a bikini for her starring role in The Shallows just eight months later. “I did no gluten and no soy,” she said on Australia’s Kyle and Jackie O Show. “Once you remove soy, you realize you’re eating no processed foods. So that’s basically what I did. No processed foods and then working out.”

“[It] seems like, ‘Oh, that’s really easy to cut that out,’ but then you realize, there’s soy in everything,” she said. “Like, everything you eat, there’s soy in it. Even if it’s healthy, whole foods organic stuff, there’s always soy in it.” The 28-year-old even challenged the hosts to attempt the restrictive diet. “Just try no soy and no gluten and watch how hard that is,” Lively said. Still, she was able to strike a balance. “I was still able to have sugar and all of those things. It’s all in moderation. You just have a balance of protein, carbs, and vegetables. And it wasn’t the worst. Like, I was eating rice and sushi.”

Muffins, though, were out of the question, including the delicious fresh baked goods from The Shallows set. “That was the hardest part,” she said. “They were making these fresh muffins every morning—those jack*sses. They smelled so good!”

This article was originally published by InStyle Australia.