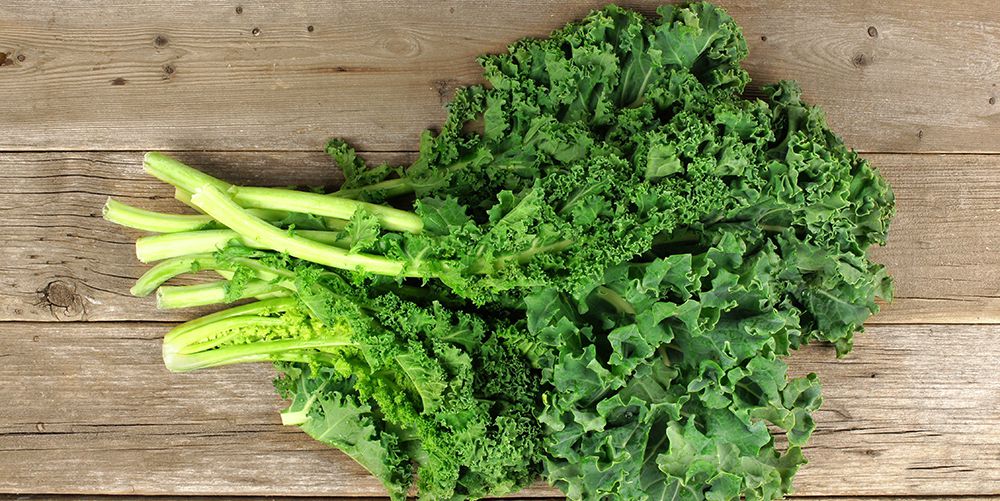 “Superfoods” are seemingly everywhere: in smoothies, on grocery shelves, in health blogs. If you believe the hype, foods like blueberries, kale, and chia seeds fight cancer, help you lose weight, and even boost your mood.

It’s tempting to view these foods as dietary silver bullets. But deeper analysis of the most popular superfoods reveals that the “super” designation may be more the result of good marketing than science.

“That doesn’t mean they’re not healthful foods,” Massachusetts-based nutritionist and personal trainer, Marit Harney, RD, CPT, told Menshealth.com, “but they probably doesn’t meet all the claims that are marketed.”

Here are just a few superfoods that are less super than you think.

Blueberries started gaining a reputation as a superfood after a 1996 study at Tufts University found that darker fruits have high levels of antioxidants, which reduce cancer risk and inflammation in the body. These findings were quickly snapped up by John Suave, a marketing guru in the blueberry industry. After he successfully got doctors booked on talk shows to promote the benefits of blueberries, the fruit became recognized as something special, leading to a 50% growth in blueberry sales from 2010 to 2015.

Thanks to research funding from the blueberry industry, we do know that studies show that blueberries delay memory decline in older adults. They can also improve coordination in rats and lower blood pressure in post-menopausal women. But are they really a “superfood”?

According to Harney, the answer is “maybe.” While there’s significant evidence that blueberries have health benefits, “there is no one food you can add that will fix everybody’s health problems,” she said. Also, there are some limitations to the established evidence: many of the studies supporting the benefits of blueberries are animal studies, and there’s no consensus in the scientific community on how to measure antioxidant levels in the body.

Once merely a garnish at upscale restaurants, this leafy green is now everywhere, with good reason: kale is antioxidant-rich and has high levels of iron, as well as 659% of your daily vitamin A value.

On the face of it, these numbers are astonishing, but a more in-depth analysis tells a slightly different story. According to Harney, the subtypes of vitamins A, K, and iron found in kale “are not the most beneficial compared to other sources,” such as broccoli or brussel sprouts. It can also wreak havoc on your digestive system.

“Don’t get me wrong, kale has many nutritional qualities,” Harney says. “But it’s not always as good as it looks on paper.”

You’ve probably seen energy bars, drinks, baked goods, and yogurt cups that claim to be packed with chia seeds. In fact, current estimates suggest that the global market for chia seeds will hit $1.5 billion by 2021. Why all this excitement? It’s believed that chia seeds are an excellent source of antioxidants and omega 3s, while also containing elevated levels of fiber, iron, and calcium. As such, they’re marketed as helping prevent heart attacks and promoting HDL (“healthy”) cholesterol.

But these claims need to be viewed with some skepticism, Harney cautions. While chia seeds are indeed “high in soluble fiber,” they are not as valuable a source of omega 3 as, say, fatty fish, she says. A better source of Omega 3s, she adds, is “fatty fish” like salmon. Overall, while adding chia seeds to your diet doesn’t hurt, they’re not going to do the job on their own.

A food that rose to prominence in the last five or so years, this ancient South American grain has been touted for its high levels of fiber, protein, and amino acids. It’s also said to be good for weight loss. But while quinoa is undoubtedly versatile and packed with fiber, there are currently no human studies indicating that it can help you lose weight.

While this berry’s elevated antioxidant and essential vitamin levels make it a great addition to your diet, many other purported benefits are largely unproven. According to the UK’s National Health Service (NHS), there’s little evidence that consumption of goji berries can combat cardiovascular disease and cancer or boost immune function, as are often claimed. Furthermore, most existing studies used purified extracts of the fruit, which aren’t quite comparable to what you find on store shelves.