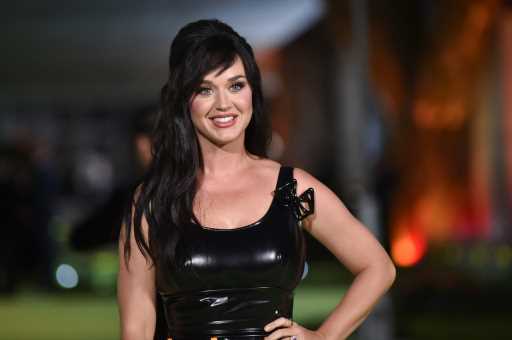 Katy Perry is too busy being a mom to focus on losing her baby weight after giving birth to daughter Daisy. “I’m still 10 pounds bigger than when I started, but I’m not in a rush,” she told Variety.

In a new interview for the outlet’s “Power of Women” issue, the American Idol judge opened up about her upcoming Las Vegas residency while balancing parenthood (she shares her 14 month-old daughter with fiancé Orlando Bloom). The reality of having a child, she explained, differs from what she had previously imagined. “I think all of social media is skewed. It’s a big, ole, fat echo chamber and the real determinator is the algorithm,” she told the outlet. “I really enjoyed my experience. I’m still 10 pounds bigger than when I started, but I’m not in a rush. It’s been a year. I’m more interested in her happiness and my happiness and mental health. Hormones are … pretty interesting.”

Becoming a mom, she said, is “just the biggest life change ever” adding, “You’re responsible for someone’s well-being that can’t even hold their head up. It’s a real shift, and you become not No. 1 on the call sheet. And it’s the best. Everything that’s supposed to fade away, fades away, and a balance comes in. I like to live more in the real world for now.”

Also important to Perry is exposing Daisy to music at home — which may not include pop hits. “Yeah, she loves music, but I’m pretty specific with it,” she said. “We are on a Stevie Wonder and Bill Withers kick right now. I play lots of old soul, lots of Supremes, lots of ‘shake shake shake Senora.’ We go into different moods.”

It was only recently in fact, that Daisy was exposed to another genre. “We went to my gym the other day, and they were playing current pop music, and I was like, ‘Oh my god, this is the first time you’ve heard current music!’” she said.

Perry is also working on her own milestone: her 3-month residency which runs from December 31, 2021 through March 19, 2022. Perry is excited to perform in one spot partly because Daisy will be by her side. “It’s such a great gig. I’m doing 40 shows a year,” she said. “I’m able to see my baby. I get to take her to school.”

These celebrity moms make us all feel better when they share the highs and lows of parenting.