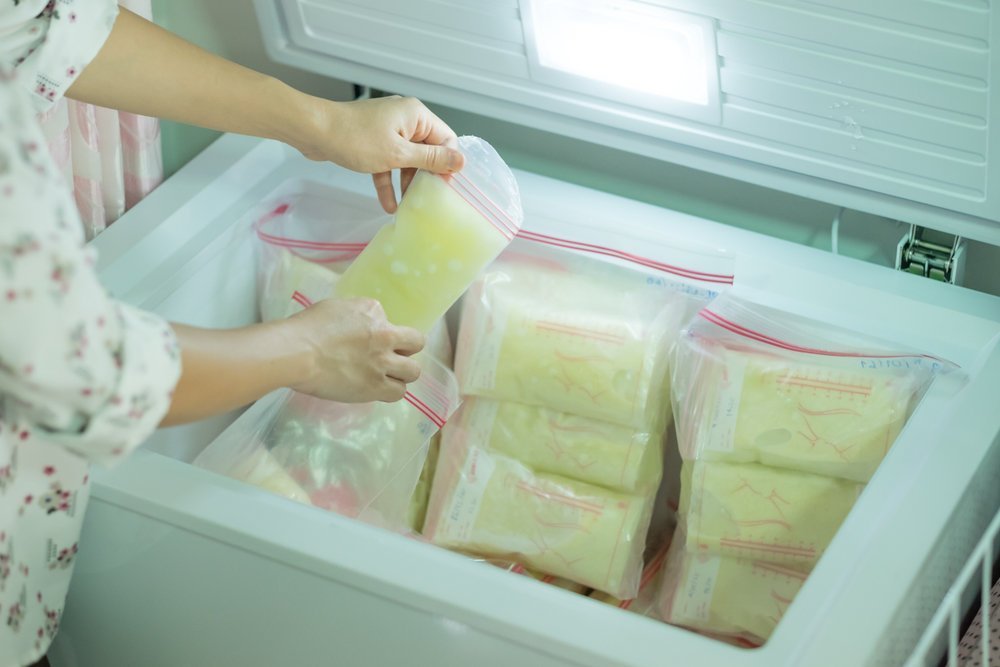 In 1995, scientists at Lund University in Sweden made a serendipitous discovery while looking for new antibiotics. They found that by altering a protein in human milk, producing a complex they called HAMLET (Human Alpha-lactalbumin Made LEthal to Tumour cells), they could destroy some cancer cells, leaving healthy cells unharmed.

Since then, the tumour-fighting effects of HAMLET have been demonstrated in several animal studies. It has been shown to limit the progression of brain tumours, colon cancer and bladder cancer in mice.

It wasn’t until last year, though, that the popular press caught up with these developments. A promising proof-of-concept study in humans with bladder cancer led to breathless headlines describing human milk as an “accidental cure for cancer”.

An unintended side effect of this coverage was a surge of people looking to buy human milk online, hoping that it will cure their illness. The trend resulted in an upsurge in use of the social media tag #freezerstash by adult consumers. Others turned to commercial sale sites, desperately pleading for donations to save loved ones. One woman even sought human milk for her family dog, which had been diagnosed with cancer.

While much of the online trade is for infant feeding, some adults are seeking human milk in the hope that it will cure their, or their loved one’s, illness. Others see the milk as a complementary therapy – a supplement to take alongside conventional treatments, or during palliative care. And some see it as a nutritionally rich drink, with immune-boosting properties, that is more digestible than commercially available milk. It is seen as a “clean eat” – unlike industrially produced cow’s milk or soya – and thus safer.

Much of this information is wrong.

First, the HAMLET study did not involve drinking human milk. For human milk to fight tumours, the protein needs to be altered, which scientists have done by partly unfolding the protein and adding a fatty acid to it. Without this process, specifically the inserted fatty acid, you only have the alpha-lactalbumin protein, not HAMLET. In short, you need a laboratory, not just a pump and some freezer bags off eBay.

Second, while human milk is optimal nutrition for babies and toddlers, offering them immunological benefits, the adult gut functions in such a way that many of these benefits are lost. The adult stomach is higher in acid and also has different and more enzymes that are harsher to human milk. As a result, adults don’t get the same benefits as infants. Adults need more diverse foods to get all the essential nutrients.

Third, drinking people’s #freezerstash can be risky, exposing consumers to bacterial, viral and contaminant risks. Human milk isn’t a “clean eat” in the way many suggest.

While many offering milk online state that they are well, not taking medicines or caffeine, eating particular diets (such as organic, vegan or vegetarian) and storing the milk in their freezer, this doesn’t mean the milk is safe or “clean”. As with any food or drink, bacteria are present, and those causing food-borne illness can easily grow when human milk is not collected, stored or handled correctly.

Online posts suggest greatly variable collection, storage and transit processes – as confirmed by a reporter from The Sun whose purchase arrived in a gravy tin.

Also, while well-meaning mothers may be pumping and offering their milk with the best intentions, they may expose those who are unwell to viruses. While some online traders mention that they have been tested for HIV and are also free from other infections, this overlooks common viruses – such as Cytomegalovirus – that can make it into the milk and can have a profound effect on those who are unwell.

Many healthy people are infected with Cytomegalovirus and have few or no symptoms – but, for those with a weakened immune system, this virus can cause serious diseases, including pneumonia and swelling of the brain.

Human milk from milk banks is pasteurised and tested for pathogens, but human milk traded online isn’t subject to the same tests.