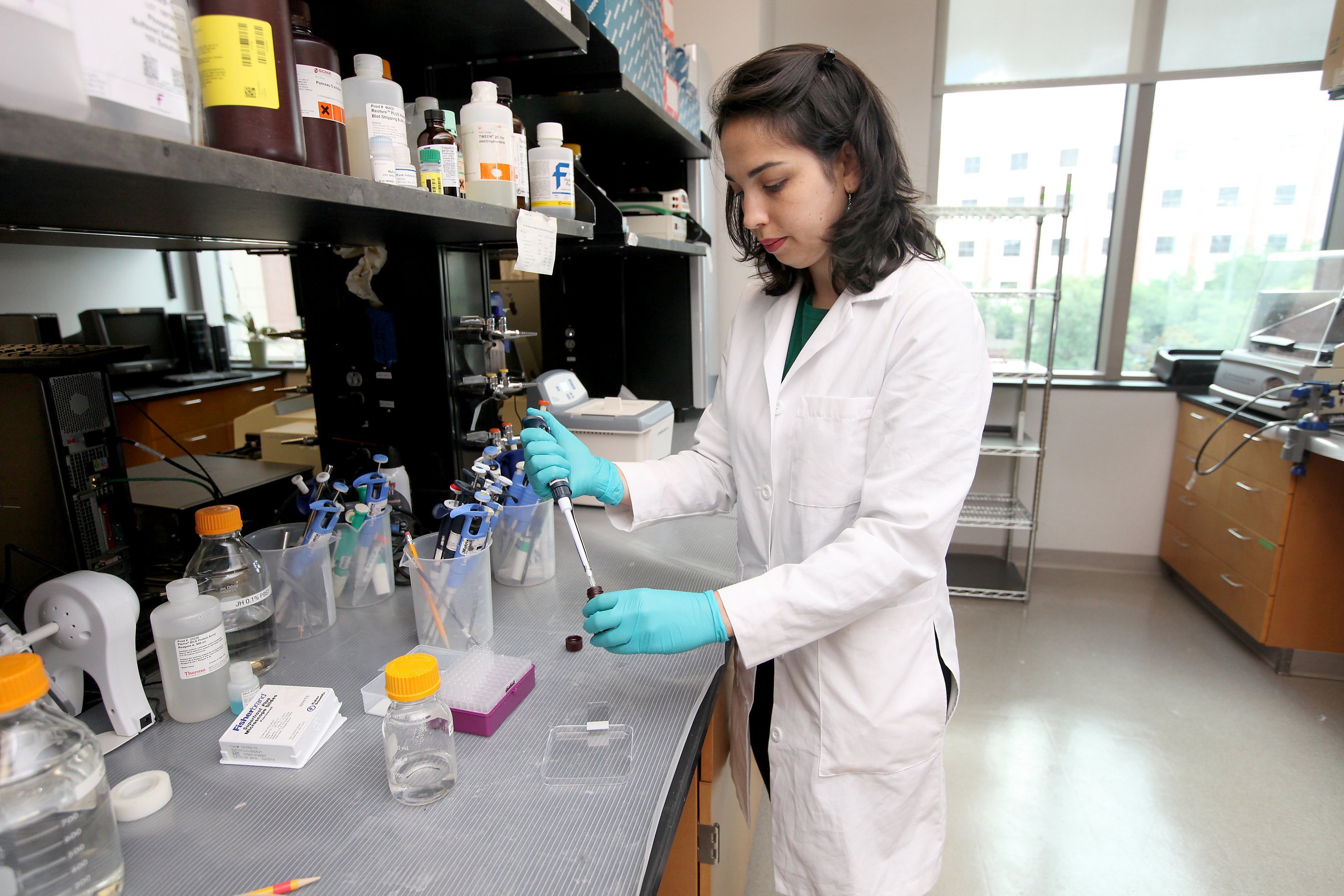 Cocaine relapse was significantly reduced in a preclinical model when brain-derived neurotropic factor (BDNF) was applied to the nucleus accumbens deep in the brain immediately before cocaine-seeking behavior, report investigators at the Medical University of South Carolina (MUSC) in an article published online in June 2018 by Addiction Biology.

“We discovered that a very common protein in the brain has an additional significant role in addiction relapse,” says lead author Ana-Clara Bobadilla, Ph.D., a postdoctoral scholar in the laboratory of Peter Kalivas, Ph.D., at MUSC.

The nucleus accumbens is a tiny cluster of nerve cells deep in the brain. Although small, this region plays a critical role in reward-seeking behaviors. The nucleus accumbens combines signals from other parts of the brain to drive reward-motivated behaviors. The MUSC research group is the first to reveal that BDNF has both a time- and location-dependent beneficial role when administered before a cue-induced relapse event.

In the preclinical model of cocaine addiction, rats are allowed to self-administer cocaine while hearing an auditory cue. The rats learn to associate the cue with the reward of cocaine and continue to self-administer when hearing the cue. In the extinction phase, the rats are not allowed access to cocaine or the cue associated with the drug. In the last phase, called reinstatement, the rats seek out cocaine upon hearing the cue previously associated with cocaine administration. The drug-seeking behavior that the rats display is similar to how drug cues induce craving in humans and thus are more likely to relapse. Examples of such cues are visiting a neighborhood in which drugs were previously bought or seeing a friend with whom they took drugs.

Addiction researchers are studying the function of proteins already present in the brain in an effort to find ways to overcome relapse in strong addictions. One common protein, BDNF, is a small protein with a big job. It plays essential roles in neuron development and memory in multiple brain regions. While other research groups have studied how BDNF administration affects drug self-administration and relapse, no one has looked at what happens if BDNF is given immediately before relapse.

Since low serum BDNF levels are seen in cocaine-dependent patients compared to non-addicts, the MUSC researchers sought to better understand the connection between BDNF and cocaine relapse. The nucleus accumbens was selected as the focal point for BDNF administration since it is a central component of the brain reward circuit.

“An important aspect of this study is that while others have shown that BDNF is important for establishing the state of addiction, we find that can also be used to reverse addiction,” says Peter Kalivas, Ph.D., professor and chair in the Department of Neuroscience. “This exemplifies that the primary effect of BDNF is to promote changes in the brain, and that this capacity to change the brain contributes to how people get addicted, but also can be harnessed to remove brain pathologies such as drug addiction.”

The findings reported in Addiction Biology are the first to show that applying BDNF to the nucleus accumbens immediately before the reinstatement phase, when the rats are once again seeking cocaine due to cue exposure, greatly reduces relapse. “The most exciting realization is that this protein has a very fine-tuned effect and can be timing dependent” says Bobadilla. This means that by changing the location of BDNF administration in the brain, as well as the timing of the treatment, BDNF can have differing impacts on cocaine relapse.

This discovery opens the doors for further investigation with BDNF and the nucleus accumbens in particular, as it is currently not known how BDNF suppresses cocaine addiction relapse. This finding also begs the question as to whether BDNF application in the nucleus accumbens, or other brain regions, can reduce other addictions. The MUSC research team also found that the BDNF—nucleus accumbens connection is included in the reward circuit but remains specific to drug rewards, since BDNF did not stop food-seeking behaviors, which also activate the reward circuitry. This demonstrates that BDNF’s inhibitory role on seeking is specific to drugs of abuse.

These findings fill in one more piece of the puzzle of addiction by highlighting that a common protein in the brain can have very different roles depending upon the location and reward circuit activated. The Kalivas laboratory will continue this investigation by looking at the role of BDNF on the different types of neurons included in the nucleus accumbens in the context of BDNF application during addiction relapse.