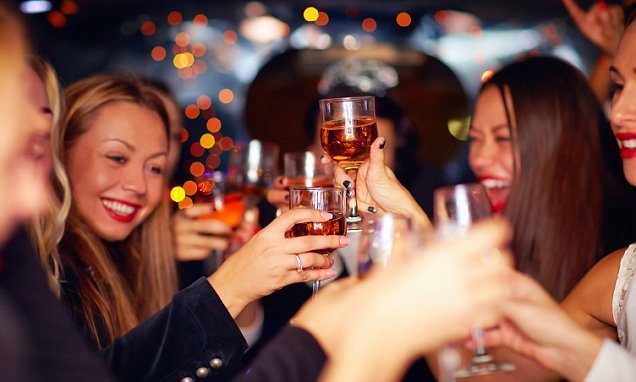 Knocking back as little as four drinks on a night out puts young adults at risk of heart disease, new research suggests.

Adults under 45 who regularly binge – defined as five or more drinks in men or four in women – are more likely to have high blood pressure, cholesterol and blood-sugar levels, a study found today.

All three of these raise a person’s risk of suffering heart disease, such as a heart attack, stroke or chest pain.

‘Young adults need to be aware that the consequences of repeated binge drinking may harm their hearts. The risk extends beyond poor school performance and increased risk for accidental injury.’

To keep their alcohol risk low, Drinkaware recommends adults consume no more than 14 units a week, which is around six glasses of wine. The American Heart Association advises a maximum of one-to-two drinks for men and one for women. 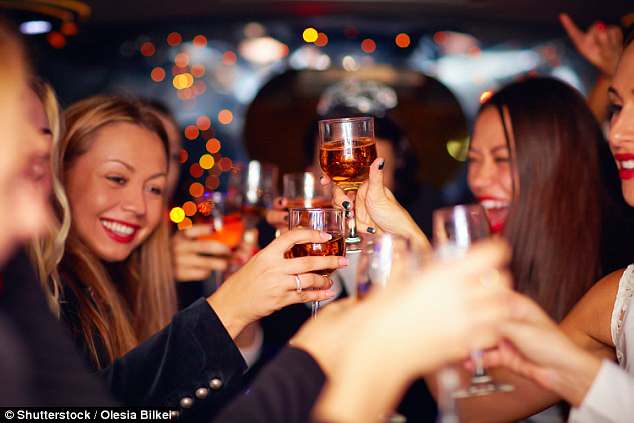 The researchers analysed the blood pressure, cholesterol and sugar levels of 4,710 adults aged 18-to-45.

The participants reported whether they binge drink up to 12 times a year, more than a dozen times or not at all.

The researchers found that high frequency binge drinking – more than 12 times a year – was reported by 25.1 per cent of men and 11.8 per cent of women.

Binge drinking 12 times a year or less was reported by 29 per cent of men and 25.1 per cent of women. 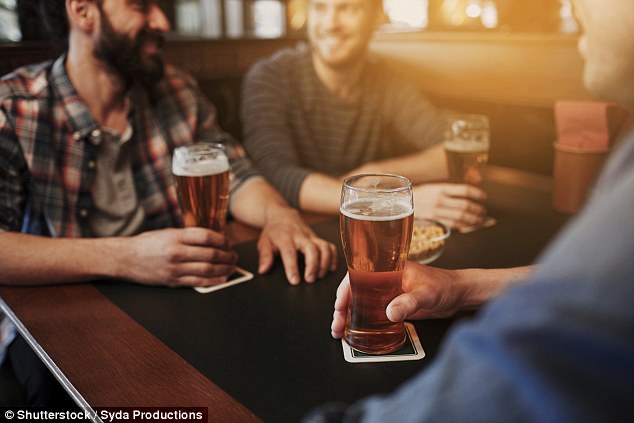 Drinking raises a person’s risk of suffering heart disease, such as a heart attack (stock)

‘Young adults should be screened and counseled about alcohol misuse, including binge drinking, and advised on how binge drinking may affect their cardiovascular health.’

The findings were published in the Journal of the American Heart Association.

WHAT DOES IT MEAN IF I HAVE HIGH BLOOD PRESSURE?

High blood pressure, or hypertension, rarely has noticeable symptoms. But if untreated, it increases your risk of serious problems such as heart attacks and strokes.

More than one in four adults in the UK have high blood pressure, although many won’t realise it.

Blood pressure is recorded with two numbers. The systolic pressure (higher number) is the force at which your heart pumps blood around your body.

The diastolic pressure (lower number) is the resistance to the blood flow in the blood vessels. They’re both measured in millimetres of mercury (mmHg).

As a general guide:

If your blood pressure is too high, it puts extra strain on your blood vessels, heart and other organs, such as the brain, kidneys and eyes.

Persistent high blood pressure can increase your risk of a number of serious and potentially life-threatening conditions, such as: