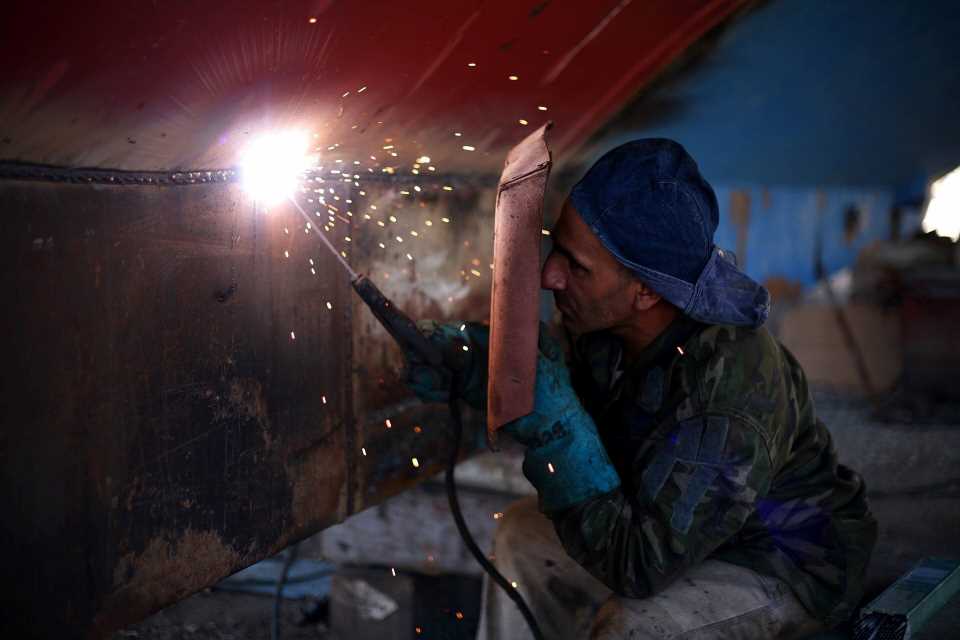 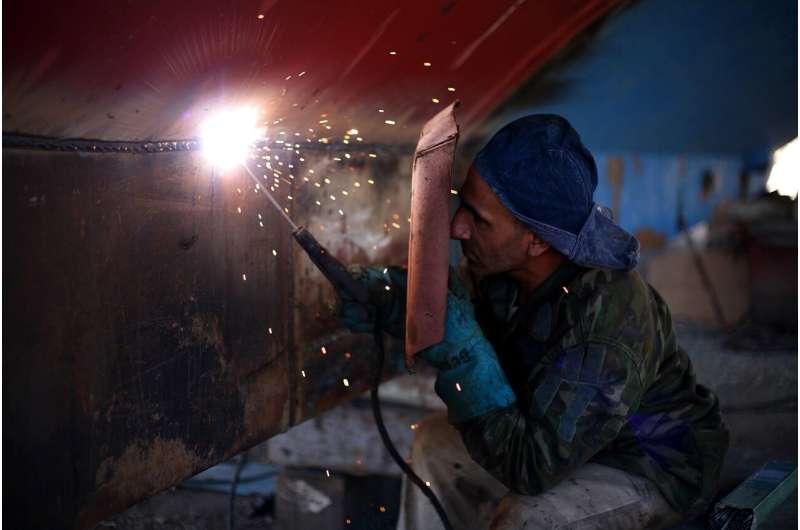 Workplace exposure to gases, dusts, fumes, and aromatic solvents used in paints, varnishes, and glues, is linked to waning lung capacity above and beyond that associated with normal aging, finds a pooled data analysis of the available evidence, published online in the journal Occupational and Environmental Medicine.

Regular check-ups are needed for workers in these environments to stave off serious respiratory ill health, advise the researchers.

Lung capacity is measured in how much air a person can forcibly breathe out in 1 second—forced expiratory volume, or FEV1 for short.

Previously published research indicates that some occupational exposures may hasten the decline of FEV1 and forced vital capacity (FVC)—the amount of air forcibly exhaled in one deep breath. But most of these studies have been short term, and the findings inconclusive.

In a bid to plug these knowledge gaps, the researchers set out to pool the available evidence on the potential associations between any amount of workplace exposure and waning lung capacity in long term population-based studies.

They searched research databases for relevant studies published up to September 2021 in English. All the studies included workplace exposure to a wide range of airborne emissions and particles, and waning lung capacity that had been tracked for at least a year and defined as annual loss of FEV1, FVC, or the ratio of both.

The final analysis included 12 studies, with monitoring periods lasting from 4.5 to 25 years. The number of participants ranged from 237 to 17,833; their average age ranged from 33 to 60.

Pooled data analysis of the study results showed that any level of exposure to gases/fumes, VGDF, and aromatic solvents was strongly associated with waning FEV1, while cumulative workplace exposure for these three categories of agents indicated a similar trend.

Any level of exposure to fungicides and cumulative exposures to biological dust, fungicides and insecticides were also associated with waning FEV1, but in relation to specific variables, such as age, gender, and smoking.

No statistically significant association was observed between exposure to mineral dust, herbicides, metals and FEV1 decline.

The methodological quality of all the included studies was rated as good, overall, but the number included in the final analysis was small, admit the researchers, who highlight other limitations that make it difficult to draw definitive conclusions.

The lung function definitions weren’t uniform across studies; several methods were used to assess workplace exposures; and pre-existing inherited or occupational asthma wasn’t accounted for. Categories of exposure were only crudely defined, and the researchers weren’t able to identify the specific constituents involved or the duration of exposures.