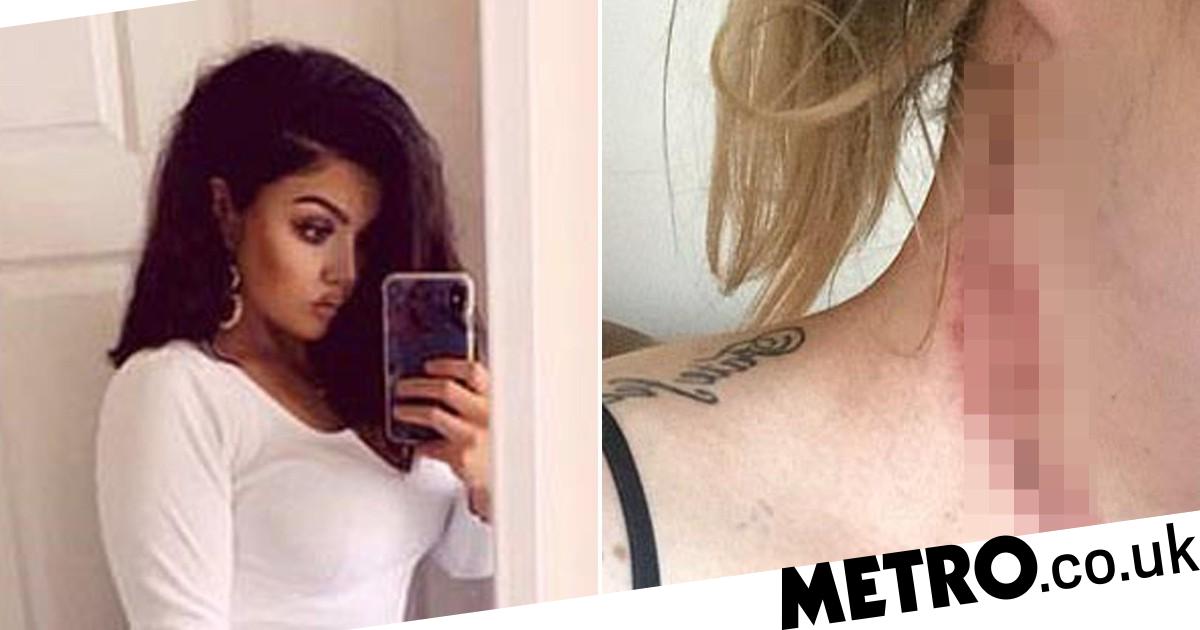 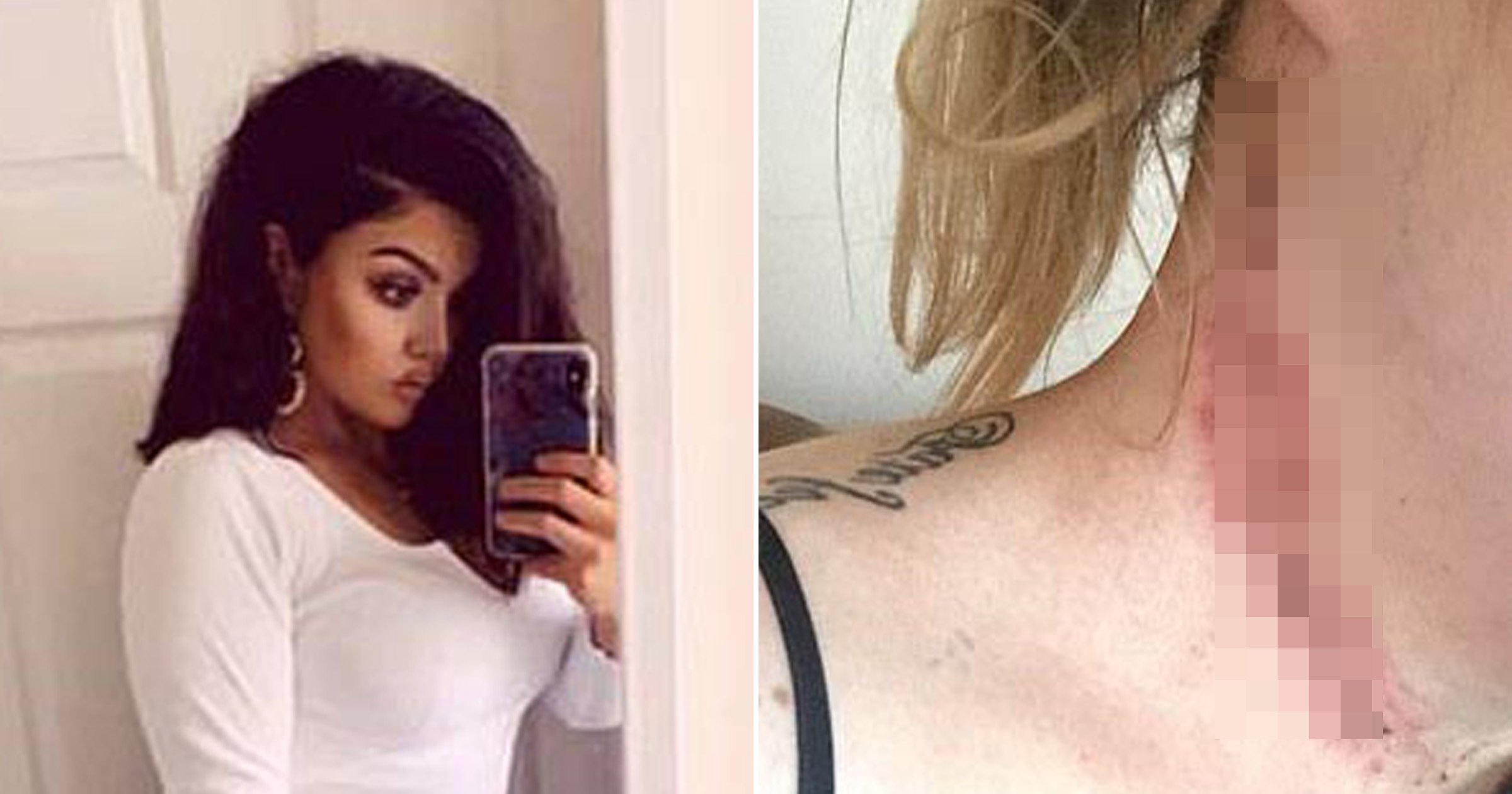 A young woman in Sunderland mistook her cancer symptoms for an STI.

She is now urging others to get checked out, after she avoided visiting her GP due
to ’embarrassment’.

Olivia Wallace had what she initially believed was a recurring ulcer in 2015 – but after later fearing she had a sexually transmitted infection, she didn’t end up going to her GP until early 2016.

By that point, the cancer had already developed and at just 20 years old, she was told she had stage four tongue cancer that had spread to her lymph nodes.

Now 26 and cancer-free, Olivia is raising awareness of the warning signs of cancer and is urging other young people to visit their GP if they have any concerns, as part of a Teenage Cancer Trust campaign.

She said: ‘I noticed a lump on my tongue and just thought it was a recurring ulcer.

‘The lump was growing bigger, and I convinced myself it was a sexually transmitted disease (STI), so it put me off going to the doctors for seven months.

‘There is a stigma attached to young women and STI’s, so that deterred me from getting checked out even though it was frightening me.

‘I didn’t feel like it was as bad as it was. I didn’t feel unwell other than this ulcer but I was probably walking around for months with stage four cancer.

‘If I waited another month to get checked out, I may not be here right now.’

The lump became sore when she ate, and that change prompted her to go to the GP.

She said: ‘It started getting really sore whenever it touched anything and it was starting to hurt when I was eating.

‘The tumour was quite large but it was inside my tongue.

‘I had psyched myself up that it was an STI because I was reading online about all the STIs and the worst-case scenarios.

‘Luckily for me, my dad had taken me to the doctors and he was in the waiting room as I thought it was an STI and I was embarrassed.

‘The room was full of doctors and nurses and I didn’t even need them to tell me I just said I need my dad. I was only 20 but I could just sense it was bad news.

‘What was the most frightening thing for me was I had no idea I had cancer.’

Olivia immediately started chemotherapy, radiotherapy, and even an operation.

She said: ‘Being raised by my dad, he was my support system and at the Freeman Hospital, the staff made it feel like it was alright.

‘They made sure my dad was okay too and made sure he was eating.

‘My experience was not as daunting as it would have been without them.

‘At 21 when I was moved to Sunderland Hospital the team was just incredible. I have never met more amazing people.

‘The NHS is amazing but our hospitals in the North East are incredible. I think if I was treated anywhere else in the country I would not have received the same care that I received.’

She added: ‘The Teenage Cancer Trust made sure everything was sorted for us.

‘They look out for you and make sure all your finances are sorted as I had to give up work because I was so unwell.

‘The Teenage Cancer Trust raises awareness about the most common cancer warning signs and if I had seen that when I found my lump, I might have got it checked out much earlier.

‘In schools, they talk about sex education and peer pressure into drugs and sex but there is no education around warning signs of cancer yet so many young people experience cancer.

‘It’s completely changed who I am. I was 24 stone and I lost 10 stone partly through treatment but I’ve kept up the gym and I lead a much healthier life and I still promote people to get everything checked out.

‘If I can help reduce the stigma for just one person who is too embarrassed to get something checked out on their body, then it proves why telling my story is worthwhile.’

Awareness of the main warning signs of cancer in young people is low amongst those aged 18-24, according to new research from the Teenage Cancer Trust.

Louise Soanes, Chief Nurse at Teenage Cancer Trust, said: ‘Cancer is far less likely to affect young people than older adults – but when it does it can have a devastating impact – so being able to spot potential warning signs that could lead to an earlier diagnosis really can make a difference.

‘Because cancer in younger age groups is considered rare, it could also be that GPs and other healthcare professionals are less likely to suspect cancer and refer young people with symptoms on for further investigation.

‘Listen to your body and if you feel that something isn’t right seek medical help. It probably isn’t cancer, but it’s always best to check, so book an appointment with your GP to discuss your concerns.

‘If you don’t feel like you’re getting the answers you need to keep going back, because if a patient consistently presents with concerns, healthcare professionals should listen and take these seriously.’