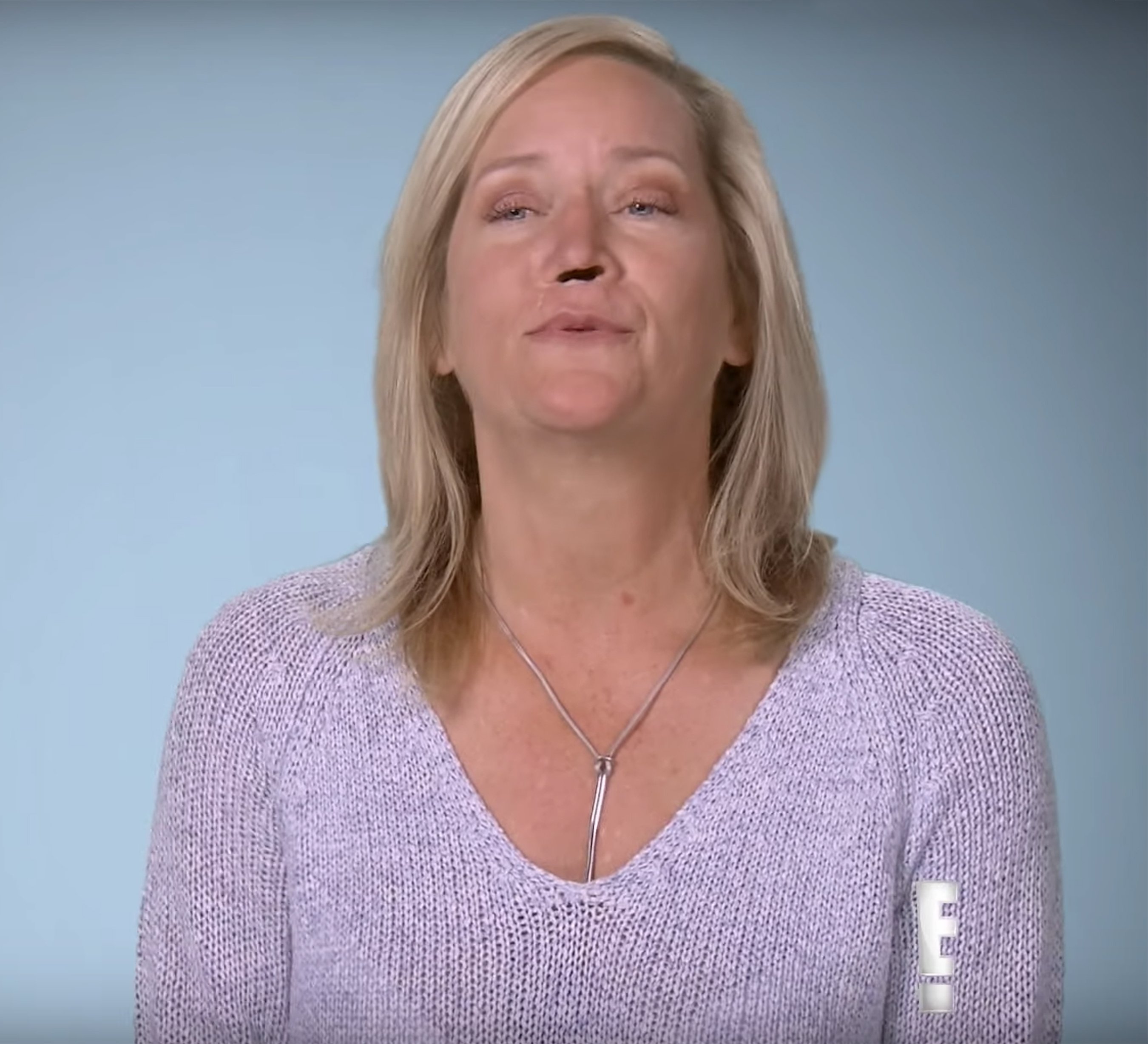 For the last 11 years, Laura Schild has spent every day embarrassed by her nose.

An accidental incident with her dog left her nose broken and severed from her upper lip, and a botched plastic surgery only made matters worse — and left her with one large nostril.

“There’s a hole in my nose now that leads directly into my throat. Everything’s gone,” Schild, 47, says in this exclusive clip from Wednesday’s episode of Botched. “When I go to public places I’m always strategically standing in a certain way, because anywhere I go, people stare at me. I always have my hands around my face, or I’ve just put my hands under my nose.”

Schild says that previously, she liked her face and “didn’t want to change anything.” But the incident with her dog changed everything.

“About 11 years ago my dog Brutus and I, I came over to kiss the top of his head and he came up at the same time, and he broke my nose and his tooth went through the middle of my nose,” she explains. “So this part and this part [the end of her nose and her upper lip] was not attached.”

Schild went to a plastic surgeon after her nose healed up to reattach it to her lip, but the surgery was a disaster.

“I have the surgery, I wake up, and I could not believe what I had saw,” she says. “I was solid stitches from here [midway up her nose] all the way down through my lip, and in the middle I had, apparently, a piece of rib bone, but it was just solid, crusted blood.”

Over the next week, the area turned black.

“I went to [the plastic surgeon] and said you need to see me, and he said, well it’s infected, this is probably going to fall apart. Two or three days after that, my rib bone came out of the middle of my nose and I was left with nothing,” she says. “No middle, no bottom, nothing.”

Schild says she was “devastated.”

“I couldn’t look in the mirror because it didn’t even look like me anymore,” she says. “And to this day, it’s what, 10, 12 years later? I still don’t like looking in the mirror. I don’t like having my picture taken. I mean, it’s terrible.”

These days, Schild avoids the outside world as much as possible, and goes grocery shopping early in the morning so she doesn’t have to deal with people’s stares. But she’s ready for the Botched doctors to try and fix her nose.

“The reason I’m pursuing this surgery now is I have a son who is coming into his teenage years, and teenage years are hard enough and I don’t want him to be embarrassed for any reason,” she says. “I hate my face.”