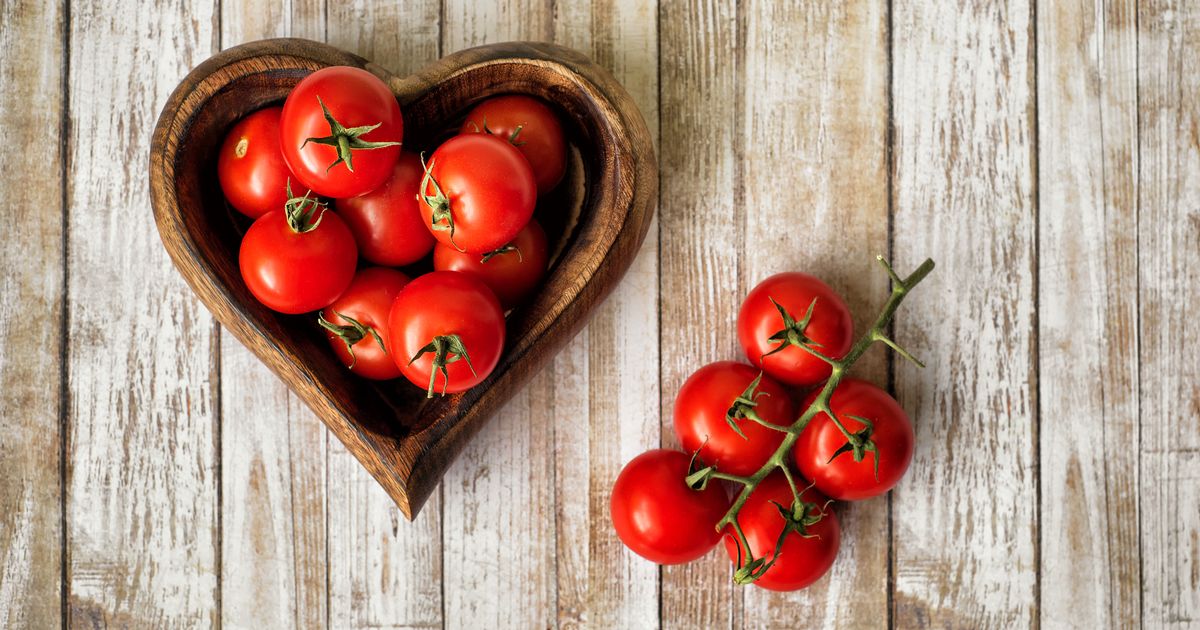 A member of the nightshade family, tomatoes were once believed to be poisonous to humans, but today it’s widely accepted that they’re actually very healthy.

Native to western South America, the bright red food is often mistaken as a vegetable, as it most commonly gets eaten with savoury items, but it’s actually a fruit.

Also known as Solanum lycopersicum, tomatoes are grown and eaten around the world and are available to buy from supermarkets and farmers markets all year round.

They come in several different forms – from cherry tomatoes to plum and beefsteak – and can be eaten in numerous ways, including raw or cooked and are often added to salads, pasta dishes, pizzas and drinks .

But are they actually any good for you and should you be eating them as much as you do?

Here’s everything you need to know.

What vitamins and minerals do tomatoes contain?

According to Healthline , tomatoes are a major source of lycopene, an antioxidant, which gives the fruit it’s vivid colour.

As well as lycopene, they also contain various other plant compounds, including beta-carotene, narigenin and chlorogenic acid.

Beta-catotene is a red-orange pigment which adds colour to plants and is converted into vitamin A, which is good for healthy skin and our immune system in low levels. At higher levels it can become toxic.

Tomatoes are also filled with vitamins such as Vitamin C, potassium, folate and vitamin K.

The amount of vitamins found in a tomato can vary greatly between plants, but the average medium size tomato should prive around 28 percent of your recommended daily dose of Vitamin C.

What health benefits do they provide?

As they are rich in nutrients, tomatoes offer a range of benefits to those who eat them.

Medical News Today , explains that the benefits vary between type and size of tomato, due to the amount of minerals and vitamins in them – for example cherry tomatoes have higher beta-carotene content than regular tomatoes.

However there are still many health benefits.

As they are a good source of Vitamin C, tomatoes can help combat the formation of free radicals – which are known to cause cancer.

They add that High levels of beta-carotene are also thought to help the prevention of tumour development in prostate cancer .

Folate is also useful for pregnant women to protect against neural tube defects in the baby.

During pregnancy, women are often told to take folic acid supplements, but tomatoes are a great natural source of this.

If you are looking to add a little more lycopene to your diet then canned tomatoes might be the better choice over fresh ones, as it is better absorbed from processed products.

This is the same for tomato paste, tomato sauces, soups and pasta sauces.

If you’re going to eat fresh tomatoes, make sure to opt for the brightest red ones when shopping as these ones are more likely to have the highest amount of antioxidants.

They keep best when left at room temperature and out of direct sunlight. Storing them in the fridge can ruin their flavour.

Cooking the tomatoes will also help release the lycopene and serving them with a splash of olive oil will help your body to absorb this more easily.

How many tomatoes should you eat a week?

To make the tomatoes count as one of your five-a-day, the NHS recommends eating one medium tomato or seven cherry tomatoes as one portion.

It’s completely safe to eat a portion of tomatoes everyday and as an added bonus they are low in calories and have a high water content.

But it’s important to consider the age old saying, ‘too much of anything can be bad’.

Keep reading to find out why.

Can they cause any health problems?

While tomatoes have many benefits, eating too many of them could cause you some problems.

One of these is acid reflux, reports FOOD NDTV .

Tomatoes contain malic acid and citric acid and consuming too much of these could make your stomach too acidic and cause heart burn or acid reflux.

Therefore it is recommended that those who suffer from digestive stress or have gastroesophageal reflux disease shouldn’t eat too many tomatoes.

Too many tomatoes can also lead to a build up of kidney stones .

This is due to the fact that the fruit is rich in calcium and oxalate, which when in excess is difficult to remove from the body and start depositing in the body, causing kidney stones to form.

Consuming too much lycopene can also be bad for you as it can result in lycopenodermia and a discolouration of the skin.

Lycopene is good for you as a general rule, but not in excessive amounts – experts recommend 22 mg per day and there are 27mg in two tablespoons of tomato puree.

If those weren’t enough to put you off, eating too many tomatoes can also give you diarrhoea – if you are intolerant to them.

Over the years they have also been linked to several cases of Salmonella and it is thought tomatoes were the cause of 172 Salmonella-related illnesses in 18 US states in 2006, although other foods may have been involved.