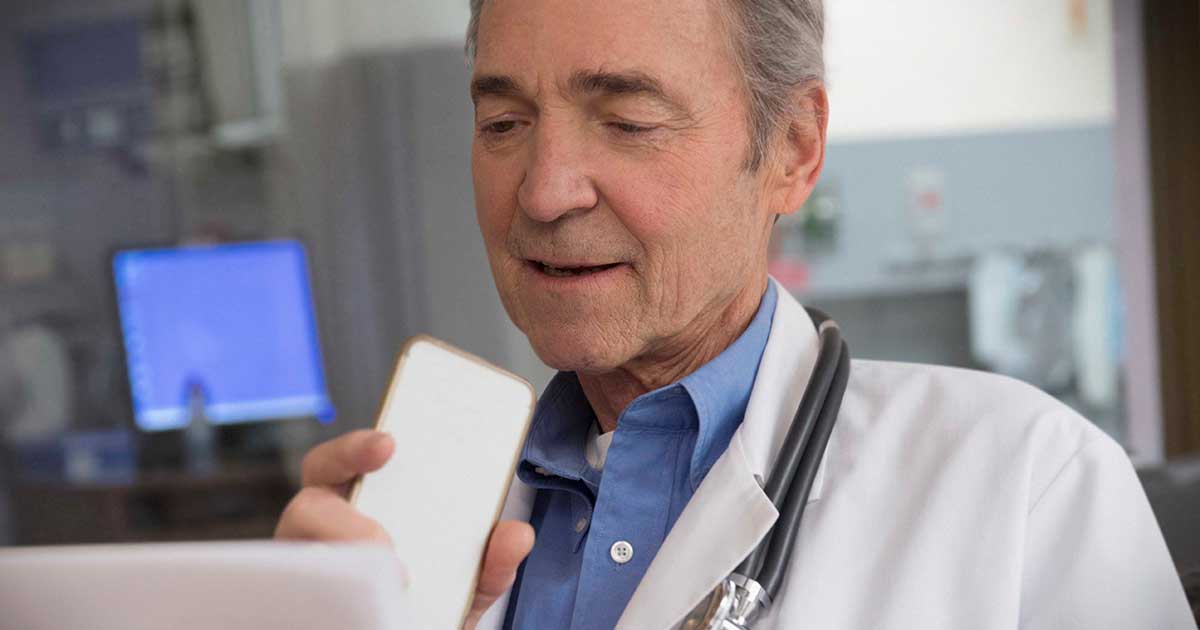 It’s been eight weeks or so since one of the biggest M&A deals in Big Tech and health IT history was first rumored, and subsequently confirmed. (Or 13 years, depending who you ask.) Industry sages and provider side clients have weighed in on the acquisition, and regulators have been updated with detailed merger plans.

The transaction, expected to close sometime in the next two or ten months (“calendar year 2022”), will be one of the most significant ever in this space, and there are plenty of interesting plot lines to watch for going forward.

Healthcare IT News spoke recently with Mutaz Shegewi, research director for provider IT transformation strategies at IDC, about the analyst group’s recent report on the Oracle-Cerner deal, and about how he sees it shaking out. Here’s what he had to say.

Q. This is one of the biggest healthcare technology deals we’ve seen in quite a while, and one that had first been rumored more than a decade ago. Once it was officially announced, what were your first thoughts?

A. Not surprised, but excited. Reason being, Oracle is probably the one big tech company that has been relatively slow to move into healthcare. We’ve seen Microsoft, AWS, Google. Oracle do work in healthcare, but they have been somewhat, I don’t know if it’s fair to say, less dominant. And so a big move, I think, was warranted.

It’s a very rational acquisition considering that Cerner uses Oracle for its Millennium applications and EHR. They use Oracle’s database technology and have for some time. And so it made sense for Oracle to look at Cerner to make some sort of a proven move into healthcare that will give it a stronger foothold in the market and globally. And Cerner is a bigger global EHR company than I would say Epic is. Epic is the market leader for U.S., but when it comes to global market presence, Cerner has a more expansive presence.

Oracle knows all of this. There are no more green-field opportunities in any developed countries for EHR companies, it’s a very saturated market. And so there needs to be a new revenue model, and I think a strong partner like Oracle can offer that in terms of the data platforms wars that are going on.

Q. One question I have is how all Cerner’s work with AWS over the past few years is going to fit in with all this. How do you see that shaking out?

A. Great question. It’s unclear. You’re right. I think it was 2019 that Cerner named AWS its preferred cloud partner. And yeah, I think it’s likely that business might shift away, but it’s still unclear. I can’t say for certain how Cerner is going to navigate that part of their step in the future.

That said, it’s worth mentioning that with Oracle’s cloud technology being front and center in this acquisition, obviously, I think Cerner will be able to further leverage modern data management, automation, AI and ML capabilities through OCI – and so this deal positions it, I think in a very competitive manner to make a truer shift towards the next generational EHR.

They’ve done great work. There’s been progress made. I think all the vendors really have done good work in terms of developing capabilities in their EHR. But I think this acquisition will only drive more of the analytics, more of the AI to better support decision support, workflow automation. And that’s going to be a very important differentiator.

Q. You mentioned AI. One of the topics that was mentioned a lot in the press release, in the Oracle press release when this was announced was voice recognition, natural language processing. Are we going to see some interesting competitive races coming from that angle of the deal?

A. Absolutely. We actually just published this in our most recent futures case is that we see on the horizon – I think it’s a 2027 prediction – the ambient interface market where the technology does truly sit in the background, that a lot more is driven by voice and gesture based controls and sensors, etc. as the environment becomes sensitive to either the healthcare worker or the healthcare consumer, whether they’re at home – through the usage of smart speaker for example.

So voice is a huge frontier. And you’re right, Nuance has been kind of the highlighted vendor over the years when it comes to voice – mainly, I think a lot I carried over from the successes that enjoyed with the Dragon dictation products because they have been so adopted. And then, of course, and now that they’re partnered with Microsoft and we have this acquisition partner by Oracle, I think it’s going to be a very interesting time for the competitive landscape. And much needed. I think it’s a very opportune time for that. And the industry only can benefit from it, both on the supplier and buyer side.

Q. How do you see this playing out for Cerner itself, and its health system clients?

A. I think it’s fair to say that there’s clearly a lot to benefit from this partnership, but it goes back to what you just said, which is that this is executed cleanly, and as we know across all different domains when it comes to merger and acquisition situation, they can be quite tricky and the majority actually are not executed cleanly. And that has implications over the long run.

There are the smaller minority of them that actually benefit manifold from the process. And that, of course, I’m sure, is the aspiration for both Cerner and Oracle leadership and also for any further clients. And with that, I think, it’s fair to say that this will position Cerner well to drive more software and service in their EHR offering in terms of building on or leveraging Oracle cloud.

“It’s a very changed industry. Health IT is no longer just about EHR companies. There’s much more to it, and a lot of that is thanks to big tech.”

And this is a great opportunity because as we know in healthcare there’s a huge move towards more cost effective pay-as-you-grow type offerings, whether it’s storage, compute, etc. And then of course we’ve all been watching this whole digital transformation era that started before COVID-19 and that was accelerating much after COVID. And so I think having the power of Oracle behind the existing kind of market presence of Cerner is a very timely combination that can only offer a unique value prop for customers who are looking to make the switch – and I’m not saying the switch away from Epic, but in terms of the market that’s available.

But I think this will be very interesting overseas, in Europe in particular, Cerner has a very considerable European presence, mainly in the UK, Sweden. And they offer two solutions actually, Millennium and one that was brought in through its Siemens Healthcare business acquisition. And so that’s where I think this will drive a lot of competitiveness as well – in kind of bolstering their global presence and ensuring it’s entrenched against any competitive offerings from others. That’s what I think the Cerner and Oracle leadership are looking to do, and I think Cerner customers will be watching this very closely and hoping that it goes as planned.

Q. The healthcare space has got plenty of blue chip tech companies that have tried their hand at playing the healthcare game and realize that it’s a lot more complicated than they thought it was. It’s a very highly-regulated and very unique and complex space.

A. That’s a very good point, and an important one. But it’s also a very changed industry these days.

We saw a lot of these big tech companies make moves perhaps a little early before their time, and they didn’t fare too well. I mean, we saw Google making moves, and Microsoft. But I think since that 2018 timeframe when the big tech vendors–  and also the rideshare vendors – entered the market and established their presence, they’ve learned to speak the language of healthcare better. They’ve learned to understand healthcare better. They’re working pretty well with HIPAA and GDPR and whatnot. And I think they’re tailoring and customizing their offering to serve this particular industry much better than they ever have before.

And based on that, it’s a very changed industry. Health IT is no longer just about EHR companies. There’s much more to it, and a lot of that is thanks to big tech.

Q. Some analysts have questioned whether Oracle will be doing the kind of investing in R&D necessary to improve Cerner’s products. What do you think?

A. It’s a significant acquisition. I think it was a $20.3 billion all cash offer. My assumption is that they plan on doing something with that!

I think it’s fair to say Oracle, if there’s one thing that’s pretty clear is Oracle does have expertise in entering new markets, integrating mergers and acquisition. That’s how it’s largely built its business. They’re very good at that. So one can’t say for certain but I assume that they plan on taking this to the next level, and I think that largely entails R&D. So I’d be surprised if they didn’t invest to the extent necessary to develop some of those offerings they’ve been pointing to, and some of the announcements around a new generation of easier-to-use digital tools, according to them, that enable access to information via a hands-free voice interface and secure cloud application. That needs R&D.

A. I think it’s worthwhile to mention that each of these leading cloud providers are strategically positioning themselves in healthcare, and there’s a good reason for that. Healthcare is a long-term industry. It’s a data-driven industry, and it’s a vertical play that matters for each one of these cloud providers. I think that’s why they’re making these investments. And the proliferation of data in healthcare, as we all know, is exponential.

And with that, the opportunities are tremendous for aggregating, for storing, analyzing, orchestrating, interoperating, monetizing that data.

And so these vendors need to be in the midst of that to win, to be a part of the future of healthcare. So it comes as no surprise that Oracle, which has kind of lurked in the shadows somewhat over these past years, has finally opened the curtain and revealed its big move. And it is a really big move. It will be interesting as we HL7 HFIR glue the ecosystem together for better interoperability. And so I think the future of healthcare is being shaped very aggressively and  very quickly. And it’s these moves that I think will really kind of carve out who’s going to be relevant.