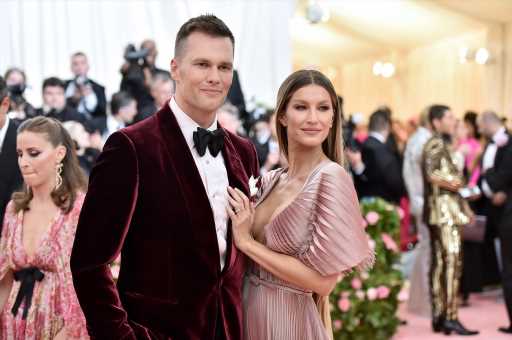 Break-ups are always painful, but cutting ties with a witch comes with its own hardships. Just ask football legend Tom Brady, whom TikTok witches believe is feeling an energetic dip amid rumored relationship issues with his reportedly witchy wife, Brazilian model Gisele Bündchen.

Brady and Bündchen wed in 2009 and have two children together, but rumors began to fly recently that they have been experiencing marital strife. It all boils down to an alleged instance of broken trust: Brady apparently told his wife that he’d retire from football to be more present with their family, which Bündchen has spoken about wanting over the years. He initially kept to his word, publicly announcing his retirement from the sport earlier this year at age 44… only to un-retire after just six weeks and join the Tampa Bay Buccaneers for his 23rd football season.

The couple has reportedly hired divorce lawyers, so all signs point to an impending breakup.

The kicker? Bündchen reportedly performs magical rituals to support Brady, his health, and his athleticism. Without the 42-year-old model’s supernatural support, some WitchTok users are speculating that the star quarterback’s illustrious career is about to seriously suffer.

Brady all but confirmed his wife’s witchy tendencies in a 2019 video interview about her “crazy” pre-game rituals. According to Brady, Bündchen incorporates a wide range of tools in her practice, from making him carry stones for “protection” and “healing” (read: crystals), to building altars featuring photos of their family, to sharing “drops” she makes (homemade tinctures).

Based on these context clues, Bündchen appears to be what WitchTokers call a “white witch,” or somebody who practices benevolent, supportive magic. (No curses or hexes here, folks!)

“At first, I was like, ‘this is kind of crazy,’” the football star previously said. “And then, about four years ago, we were playing the Seahawks and she said ‘You better listen to me: This is your year, but this is all the things you’re going to have to do to win,’ and I did all those things, and by God, you know, it worked.”

As many witchy TikTokers have noted, these sorts of spells typically aren’t permanent and require both parties — the witch casting the spell and the person on the receiving end — to stay true to any promises they’ve made. Because Brady seems to have betrayed Bündchen’s trust by going back on their agreement, all the spells she’s cast to protect him and his career could come tumbling down. He’s likely to suffer some sort of consequences.

What will this look like on the field, though? That remains to be seen. (How’s that for some spooky season celebrity goss?)

Before you go, check out the types of orgasms you probably didn’t know you could have: