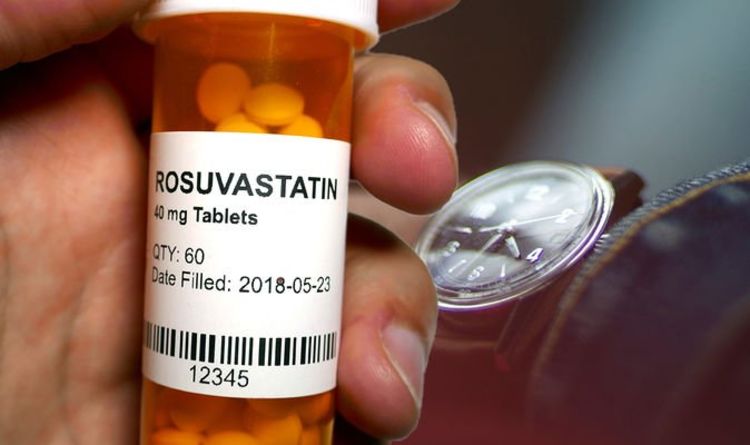 Statins: How the drug prevents heart attacks and strokes

Statins have saved countless lives by reducing the production of cholesterol inside the liver. High cholesterol levels raise your risk of heart disease so it’s vital to lower high levels. Statins are a vital weapon in this fight.

However, it matters when you take them, evidence suggests.

Usually, statins are administered in the evening, “since cholesterol biosynthesis peaks during the night and most statins have short half-lives”, wrote researchers in a study published to The European Primary Care Cardiovascular Society.

“However, the optimal timing of administration in terms of efficacy and patient compliance is not known”.

The researchers sought to plug this gap in knowledge by conducting a systematic review and meta-analysis of the available literature on the subject.

In the systematic review and meta-analysis, the different effects of morning and evening statin administration on lipid profiles were evaluated, in order to find the dosing regimen with the highest therapeutic efficacy.

After pooling together 11 articles for the meta-analysis, an overall picture emerged.

Short-acting statins are “significantly more effective” in lowering LDL (the “bad”) cholesterol, when they are administered in the evening, rather than the morning, the researchers found.

Long-acting statins, on the other hand, had a “nearly equivalent efficacy irrespective of timing of administration during the day, with the exception of a small but statistically significant effect” on LDL levels.

Short acting statins include pravastatin, simvastatin, lovastatin, and fluvastatin with half-lives of two to five hours.

Long-acting statins include rosuvastatin and atorvastatin with half-lives of 14 to 19 hours.

The half-life of a drug is the time it takes for the amount of a drug’s active substance in your body to reduce by half.

This depends on how the body processes and gets rid of the drug. It can vary from a few hours to a few days, or sometimes weeks.

Statins are not usually the first port of call for lowering high cholesterol levels.

You can lower your cholesterol by eating healthily and getting more exercise.

“To reduce your cholesterol, try to cut down on fatty food, especially food that contains a type of fat called saturated fat,” advises the NHS.

“You can still have foods that contain a healthier type of fat called unsaturated fat,” notes the NHS.