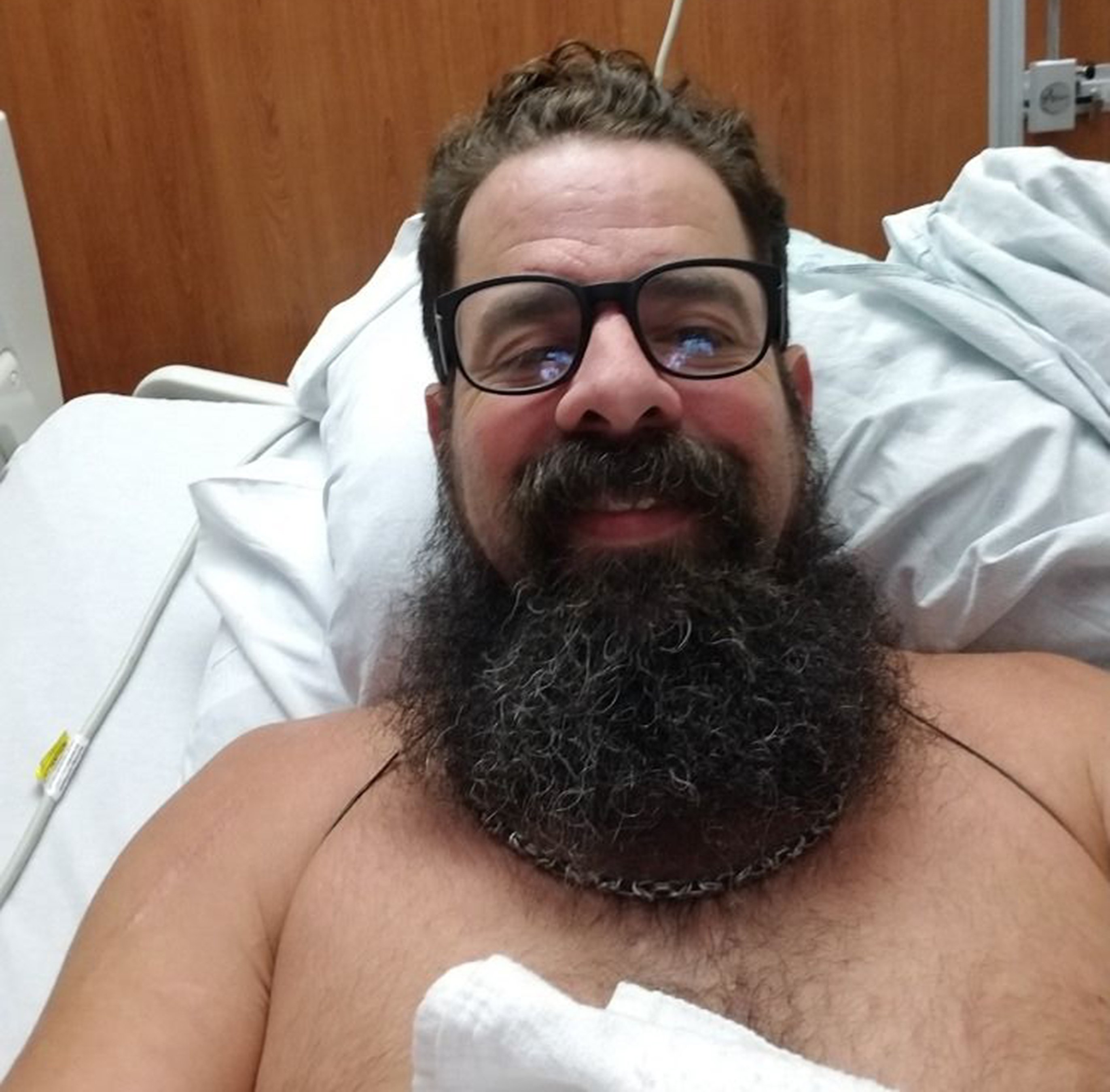 A Texas man who was bit by a shark in early August has since developed a flesh-eating bacterial infection, and is back in the hospital.

Blaine Shelton was swimming alone off of Crystal Beach near Houston when a shark bit him about 200 yards from the shore.

Shelton was able to swim to the shore, and later learned that it was likely a seven-foot bull shark that had bit him. He told a friend that if the shark had bit him again he would have been “fish bait.”

Shelton was treated for the bite in the hospital, but a week after his release he started feeling severe pain around the wound, and went back in. Doctors told him that the wound was infected with flesh-eating bacteria.

“Thank God they’re helping me with the pain because the other day when I came in I could hardly walk in here,” he said in a second interview with KHOU 11 on Wednesday.

RELATED VIDEO: Instagram Model, 19, Bit While Posing for Photo Among Group of Sharks in the Bahamas

But Shelton said his hospital costs are becoming astronomical, and expects them to reach at least $100,000. He set up a GoFundMe page for additional help.

“I honestly thought I’d go, get super-glued up and sent out the door,” he said.

Shelton now wants to warn others about the risk of an infection.

“I’d heard there was bacteria in the water, I just never treated it serious. But to tell you the truth, if you’ve got a scratch on your arm or your leg, I wouldn’t get in that water,” he said. “And if you do, bring some alcohol with you to clean it the second you get out. It’s nothing to play with.”