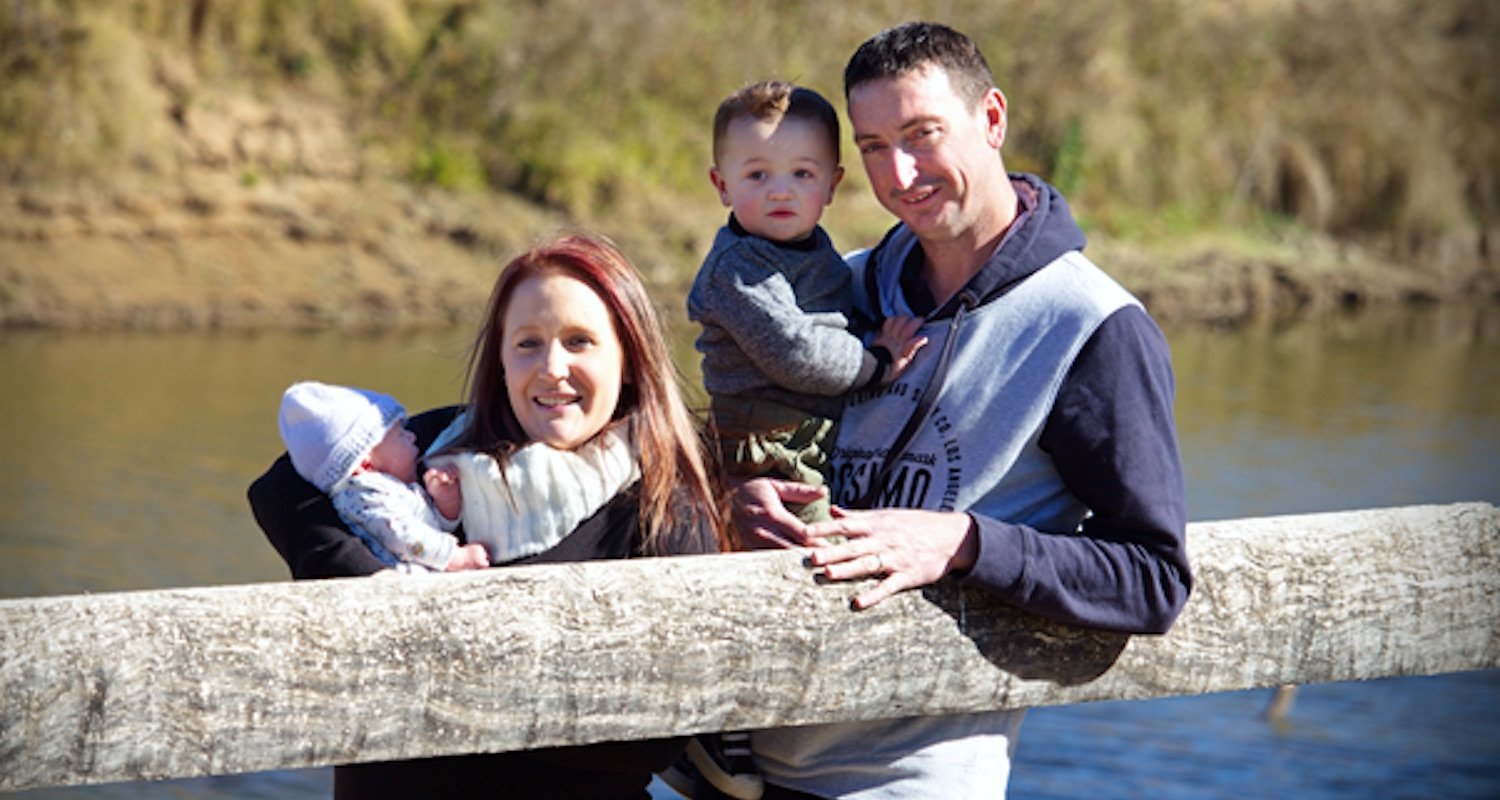 In December 2010, at just 23 years old, Sam went for a routine skin check after noticing a mark on the back of her left leg.

“I didn’t think much of it at the time, I wasn’t too worried and thought I would probably just get it cut out,” Sam recalls.

But she wasn’t prepared for the news her doctor delivered. Sam had melanoma.

“It was just something I never thought about at that age. I grew up in Dubbo, NSW, and spent a lot of time outdoors playing sport. Having always been fair, I was careful in the sun and never intentionally sun baked or tried to get a suntan.”

Two years earlier her mother had been diagnosed with breast cancer, and the year after her aunty would receive a breast cancer diagnosis, too.

“In the span of three years, three women in my family, including myself, were diagnosed with cancer. I was completely taken aback, it was a big shock for all of us and I didn’t expect it at all,” Sam says.

“I live in Dubbo, which is at least five hours away from Sydney. All the treatment I needed was located in Sydney, which made getting to and from treatment difficult. It was just endless drives back and forth.”

Two weeks after being diagnosed, Sam was taken to Sydney for surgery. She was then told the cancer has spread to her lymph nodes, and was back in hospital in March for a second operation.

Thinking the major treatments were done, Sam was then hit with two bouts of cellulitis – a skin infection which often spreads to the lymph system – and had to spend more time in hospital and away from home.

“After the second infection, I remembered just being stuck in hospital and feeling so isolated. And I kept thinking, what can I do to fix this?”

When she returned home to Dubbo, Sam began to look online for support. It was 12 months later that she came across a volunteer opportunity at Cancer Council NSW and decided to get in touch.

“I went into my first training session as a Cancer Council Cancer Connect volunteer and I was just opened up to this world of people who had gone through journeys similar to mine. I was able to connect.

“The most challenging part about being diagnosed in a regional area is that a lot of the treatment and services, as well as just people, are so far away. This became a driving force for me to get well so I could support people like myself, who were facing cancer in regional areas and needing support.”

Today, the mother of two is passionate about doing whatever she can to help others through their cancer journey and to remind them that they’re not alone.

“I absolutely love it. I’ve been volunteering for Cancer Connect for a few years now and have been involved with Cancer Council’s Eat It to Beat It program and as a Community Speaker.

“I really get a lot out of being a Cancer Connect volunteer.  As a survivor, it’s so important for me to help others from feeling the isolation that I felt. The feeling I get when I see people who are facing cancer try something I’ve suggested to them and seeing a positive change is just wonderful. I really enjoy doing it.”

Cancer has been a big part of Sam’s life, particularly when going through her own cancer journey while her mother and aunty went through theirs.

“Achieving a cancer-free future is not an impossible dream. I really believe that if medical professionals, the community and the government work together, it can be achieved.”

You can support Cancer Council’s Daffodil Day on 25 August by volunteering or donating.