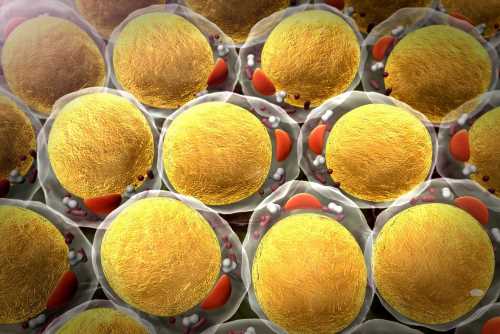 In this interview, News-Medical speaks to Li Ye, P.h.D about his latest research which identified sensory neurons that carry a stream of messages from adipose tissue to the brain.

Please can you introduce yourself, tell us about your scientific background, and what inspired your latest research?

I’m the Abide-Vividion Chair in Chemistry and Chemical Biology and an Associate Professor of Neuroscience at Scripps Research. In graduate school, I used to study fat tissues. Understanding brain-fat interaction motivated me to do neuroscience later in my postdoctoral training. Currently, we are working on body-brain communication in general.

It has long been known that nerves extend into adipose tissue (the tissue which stores fat cells). What was previously thought about these neurons and how fat cells “talked” to the brain?

Previously, the nerves in the fat were thought to be mostly used for the brain to “talk to” fat rather than listen to fat. Previously the mainstream view was that fat talks to the brain mostly by secreted hormones.

Why have attempts to study the types and functions of these neurons been difficult?

It has been difficult because these neurons are deep in the body and intertwined with other neurons that innervate the skin and muscles.

Please tell us how you conducted your research and what were your main findings?

The first method is an imaging approach called HYBRiD, which my lab invented. This HYBRiD method turns mouse tissues transparent and allowed us to better track the paths of neurons into adipose tissue. Using this, we discovered that a substantial portion of neurons didn’t connect to the sympathetic nervous system but instead to dorsal root ganglia—an area of the brain where all sensory neurons originate.

To better probe the role of these neurons in adipose tissue, we used a second new technique, which we named ROOT, for “retrograde vector optimized for organ tracing.” ROOT let us selectively destroy sensory neurons that go to adipose tissue (but not to other places) using a targeted virus and then observe what happened.

How important are sensory neurons in health and disease, and how do your findings reinforce that importance?

Sensory neurons have been very important for pain and sensing outside environments. Now, they are more and more recognized for their role in regulating homeostasis (balance of the metabolism of the body). Our finding represents a new way sensory neurons can do so through the fat tissues.

For this study, you developed two new methods. Would these methods be transferable to other research projects, and what was their impact on this research?

Yes, they can be used to study other sensory neurons that potentially control other internal organs in the body.

Given that dysregulation of energy storage is implicated in several diseases, such as diabetes, how may these findings influence the understanding and treatment of such diseases?

We hope so. Much ongoing research has been focused on how to increase the fat-burning process to treat obesity/diabetes, which was known to be controlled by the brain. The “gas pedal” for increasing fat burning has been well known and a major focus of potential treatments for diseases. We discovered that there is a brake to the system. Modulating the brake can be an interesting way to achieve the same goals.

In your study, you challenged long-established ideas. How important is it for scientists to challenge dogmas and develop new methodologies to allow them to do so?

I think enabling methodologies and challenging dogmas are two main drivers of science and our knowledge. We should encourage and provide resources for every scientist to do so.

What is next for yourself and your research?

We want to know two things:

1) what signal is being sensed by the nerves in the fat?

2) how does the brain use the information coming from the fat?

We are seeking resources and making new tools to answer these questions.

Where can readers find more information? 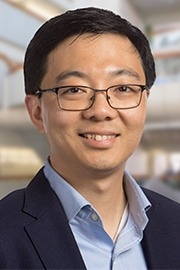 He pursued his Ph.D. at Harvard University in the laboratory of Bruce. M. Spiegelman at the Harvard Medical School and Dana-Farber Cancer Institute, using chemical biology approaches to study the transcriptional control of energy metabolism. In 2013, Li moved to Stanford University, where he worked in the laboratory of Karl Deisseroth, focusing on developing and applying activity-dependent, brain-wide circuit mapping tools. Li joined TSRI in 2018.

Danielle graduated with a 2:1 in Biological Sciences with Professional Training Year from Cardiff University. During her Professional Training Year, Danielle worked with registered charity the Frozen Ark Project, creating and promoting various forms of content within their brand guidelines.Danielle has a great appreciation and passion for science communication and enjoys reading non-fiction and fiction in her spare time. Her other interests include doing yoga, collecting vinyl, and visiting museums.