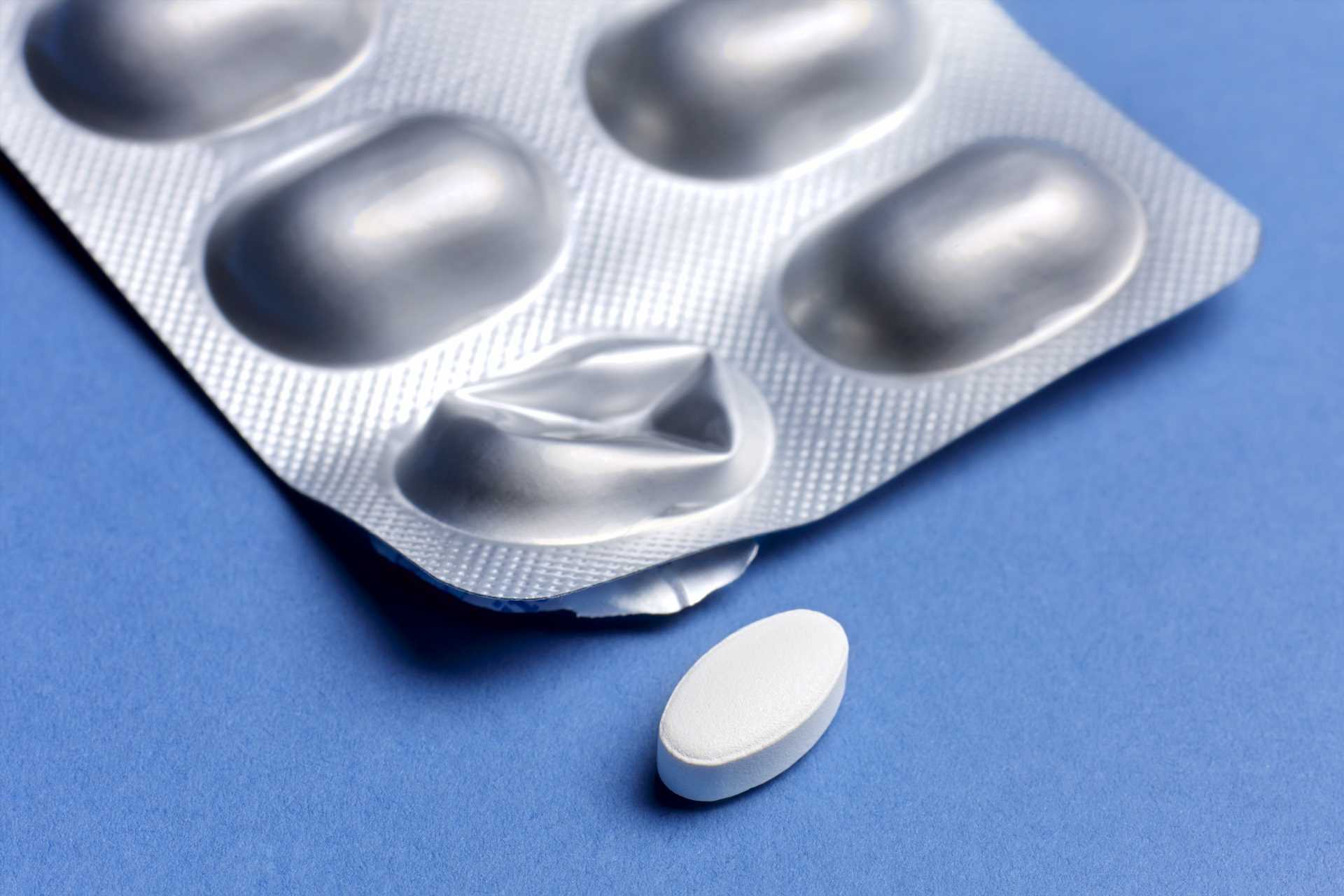 Now a wave of startups offer access to a new category of drugs coupled with intensive behavioral coaching online. But already concerns are emerging.

These startups, spurred by hundreds of millions of dollars in funding from blue-chip venture capital firms, have signed up well over 100,000 patients and could reach millions more. These patients pay hundreds, if not thousands, of dollars to access new drugs, called GLP-1 agonists, along with online coaching to encourage healthy habits.

The startups initially positioned themselves in lofty terms. “This is the last weight loss program you’ll try,” said a 2020 marketing analysis by startup Calibrate Health, in messaging designed to reach one of its target demographics, the “Working Mom.” (Company spokesperson Michelle Wellington said the document does not reflect Calibrate’s current marketing strategy.)

But while doctors and patients are intrigued by the new model, some customers complain online that reality is short of the buildup: They say they got canned advice and unresponsive clinicians — and some report they couldn’t get the newest drugs.

Calibrate Health, a New York City-based startup, reported earlier this year it had served 20,000 people. Another startup, Found, headquartered in San Francisco, has served 135,000 patients since July 2020, CEO Sarah Jones Simmer said in an interview. Calibrate costs patients nearly $1,600 a year, not counting the price of drugs, which can hit nearly $1,500 monthly without insurance, according to drug price savings site GoodRx. (Insurers reimburse for GLP-1 agonists in limited circumstances, patients said.) Found offers a six-month plan for nearly $600, a company spokesperson said. (That price includes generic drugs, but not the newer GLP-1 agonists, like Wegovy.)

The two companies are beneficiaries of over $200 million in combined venture funding, according to tracking by Crunchbase, a repository of venture capital investments. The firms say they’re on the vanguard of weight care, both citing the influence of biology and other scientific factors as key ingredients to their approaches.

There’s potentially a big market for these startups. Just over 4 in 10 Americans are obese, according to the Centers for Disease Control and Prevention, driving up their risk for cardiovascular conditions and Type 2 diabetes. Effective medical treatments are elusive and hard to access.

Centers that provide this specialty care “are overwhelmed,” said Dr. Fatima Stanford, an obesity medicine specialist at Massachusetts General in Boston, a teaching hospital affiliated with Harvard. Her own clinic has a waitlist of 3,000.

Stanford, who said she has advised several of these telemedicine startups, is bullish on their potential.

Butsch, who learned about the model through consultancies, patients, and colleagues, wonders whether the startups are operating “to strategically find which patients respond to which drug.” He said they should coordinate well with behavioral specialists, as antidepressants or other medications may be driving weight gain. “Obesity is a complex disease and requires treatments that match its complexity,” he said. “I think programs that do not have a multidisciplinary team are less comprehensive and, in the long term, less effective.”

The startups market a two-pronged product: first, the new class of GLP-1 agonists. While these medications are effective at provoking weight loss, Wegovy, one of two in this class specifically approved for this purpose, is in short supply due to manufacturing difficulties, according to its maker, Novo Nordisk. Others in the category can be prescribed off-label. But doctors generally aren’t familiar with the medications, Stanford said. In theory, the startups can bridge some of those gaps: They offer more specialized, knowledgeable clinicians.

Then there’s the other prong: behavioral changes. The companies use televisits and online messaging with nutritionists or coaches to help patients incorporate new diet and exercise habits. The weight loss figures achieved by participants in clinical trials for the new drugs — up to 15% of body mass — were tied to such changes, according to Novo Nordisk.

Social media sites are bursting with these startups’ ads, everywhere from podcasts to Instagram. A search of Meta’s ad library finds 40,000 ads on Facebook and Instagram between the two firms.

The ads complement people’s own postings on social media: Numerous Facebook groups are devoted to the new type of drugs — some even focused on helping patients manage side effects, like changes in their bowel movements. The buzz is quantifiable: On TikTok, mentions of the new GLP-1 agonists tripled from last June to this June, according to an analysis by investment bankers at Morgan Stanley.

There’s now a feverish, expectant appetite for these medications among the startups’ clientele. Patients often complained that their friends had obtained a drug they weren’t offered, recalled Alexandra Coults, a former pharmacist consultant for Found. Coults said patients may have perceived some sort of bait-and-switch when in reality clinical reasons — like drug contraindications — guide prescribing decisions.

Patient expectations influence care, Coults said. Customers came in with ideas shaped by the culture of fad diets and New Year’s resolutions, she said. “Quite a few people would sign up for one month and not continue.”

In interviews with KHN and in online complaints, patients also questioned the quality of care they received. Some said intake — which began by filling out a form and proceeded to an online visit with a doctor — was perfunctory. Once medication began, they said, requests for counseling about side effects were slow to be answered.

Jess Garrant, a Found patient, recalled that after she was prescribed zonisamide, a generic anticonvulsant that has shown some ability to help with weight loss, she felt “absolutely weird.”

“I was up all night and my thoughts were racing,” she wrote in a blog post. She developed sores in her mouth.

She sought advice and help from Found physicians, but their replies, she told KHN, “weren’t quick.” Nonemergency communications are routed through the company’s portal.

It took a week to complete a switch of medications and have a new prescription arrive at her home, she said. Meanwhile, she said, she went to an urgent care clinic for the mouth sores.

Found frequently prescribes generic medications — often off-label — rather than just the new GLP-1 agonists, company executives said in an interview. Found said older generics like zonisamide are more accessible than the GLP-1 agonists advertised on social media and their own website. Both Butsch and Stanford said they’ve prescribed zonisamide successfully. Butsch said ramping up dosage rapidly can increase the risk of side effects.

Patients of both companies have critiqued online and in interviews the startups’ behavioral care — which experts across the board maintain is integral to successful weight loss treatment. But some patients felt they simply had canned advice.

Other patients said they had ups and downs with their coaches. Dana Crom, an attorney, said she had gone through many coaches with Calibrate. Some were good, effective cheerleaders; others, not so good. But when kinks in the program arose, she said, the coach wasn’t able to help her navigate them. While the coach can report trouble with medications or the app, it appears those reports are no more effective than messages sent through the portal, Crom said.

And what about when her yearlong subscription ends? Crom said she’d consider continuing with Calibrate.

Relationships with coaches, given the need to change behavior, are a critical element of the business models. Patients’ results depend “on how adherent they are to lifestyle changes,” said Found’s chief medical officer, Dr. Rehka Kumar.

While the startups offer care to a larger geographic footprint, it’s not clear whether the demographics of their patient populations are different from those of the traditional bricks-and-mortar model. Calibrate’s patients are overwhelmingly white; over 8 in 10 have at least an undergraduate degree; over 8 in 10 are women, according to the company.

And its earlier marketing strategies reflected that. The September 2020 “segmentation” document laid out three types of customers the company could hope to attract: perimenopausal or menopausal women, with income ranging from $75,000 to $150,000 a year; working mothers, with a similar income; and “men.”

Isabelle Kenyon, Calibrate’s CEO, said the company now hopes to expand its reach to partner with large employers, and that will help diversify its patients.

Patients will need to be convinced that the model — more affordable, more accessible — works for them. For her part, Garrant, who no longer is using Found, reflected on her experience, writing in her blog post that she was hoping for more follow-up and a more personal approach. “I don’t think it’s a helpful way to lose weight,” she said.