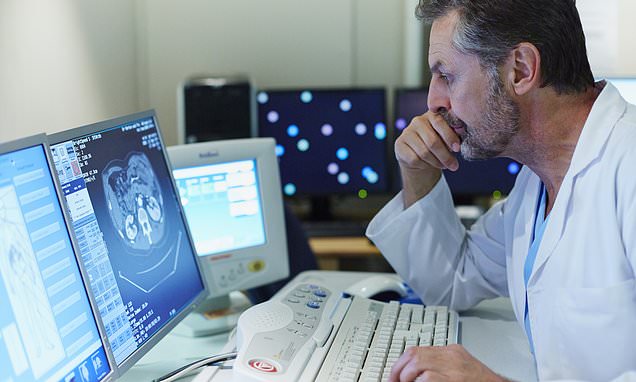 The NHS is risking patient safety because it can’t get to grips with computers, a damning report has revealed.

Almost a quarter of hospitals still use paper records and those which have switched to IT systems have no standard – almost two dozen different systems are being used.

A report by Imperial College London found there were 11million occasions last year on which patients went to appointments at hospitals which didn’t have their records.

It said it was ‘vital’ that hospitals got better at sharing medical records to avoid potentially fatal errors and accidents.

The warning comes after the Government’s Health Secretary, Matt Hancock, called for a technology revolution in the NHS, lamenting that its computer systems were worse than Tesco’s. 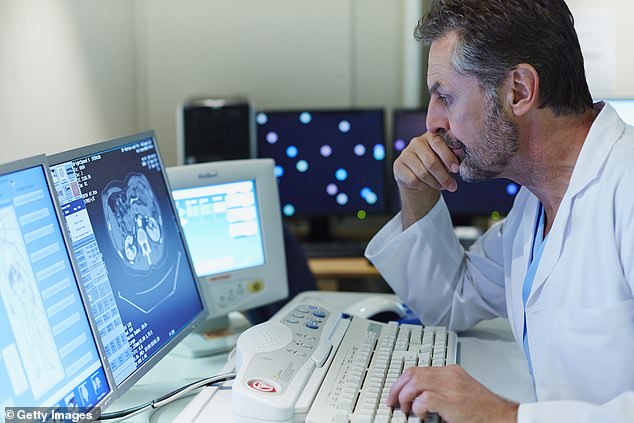 The majority of NHS hospital trusts are using one of 21 different operating systems and many are not able to share patient information because their computers aren’t compatible with others in their local area, a report has warned (stock image)

The study was done by the Institute of Global Health Innovation at Imperial College London.

One of the authors, Dr Leigh Warren, said: ‘Patients expect their health records to be shared seamlessly between hospitals and healthcare settings that they move between.

‘They cannot understand why, in the National Health Service, this is not the case,’ he said.

‘This can lead to errors and accidents that can threaten patients’ lives.

‘This is a complex issue, but our work shows how existing data can be used to develop a road map towards better coordination and safer care.’

NHS hospitals are still vulnerable to a cyber attack despite lessons learned in the WannaCry hack in 2017, a report warned earlier this year.

They said outdated computer systems, a lack of investment and a gap in skills and awareness is threatening the health service.

The report said cyber attacks on hospitals can leave medical staff unable to access patient details – such as blood test results or X-rays.

They can also prevent life-saving medical equipment or devices from working properly, and in some cases lead to patient data being stolen.

The report warned the risk of another cyber attack is growing as the NHS begins to use more artificial intelligence, digital medicine and robotics.

Lord Ara Darzi, co-director of the IGHI, said: ‘We are in the midst of a technological revolution that is transforming the way we deliver and receive care.

‘But as we become increasingly reliant on technology in healthcare, we must address the emerging challenges that arise in parallel.

‘For the safety of patients, it is critical to ensure that the data, devices and systems that uphold our NHS – and therefore our nation’s health – are secure.’

The study found that 117 NHS hospital trusts out of all 152 (77 per cent) of them were using electronic records.

Of those, eight out of 10 (79 per cent) used one of 21 different computer systems and 10 per cent of them used more than one different system in the same hospital.

These were not always compatible and the Imperial researchers said using compatible systems would ‘improve access’ in one million hospital encounters every year.

They found four million people went to appointments at two or more hospitals which had different computers systems so may have been unable to share records.

And among 20 pairs of hospitals which often shared patients, only one pair had the same computer software as one another.

One of the researchers, Professor the Lord Ara Darzi, said: ‘Electronic health records have been heralded as a solution to increasingly stretched healthcare systems.

‘Yet our research shows that the challenge is far greater than simple adoption of this innovation.

‘It is vital that policy-makers act with urgency to unify fragmented systems and promote better data sharing in areas where it is needed most, or risk the safety of patients.’

Matt Hancock, Health and Social Care Secretary, vowed to make outdated IT systems a thing of the past.

He said the NHS should be using the best quality off-the-shelf computer software rather than making its own systems, and making sure that it’s easy for different organisations around the country to collaborate and share information.

‘Tesco has a more sophisticated and more efficient technological system than the NHS,’ he said in February.

‘They know who you are through loyalty cards, where you shop, through store IDs, what you buy, the items scanned at the checkout.

‘That wealth of information means they run their operations with just-in-time deliveries, and they shape their offers with a personalised service in order to deliver for you, the customer.

‘And they are delivering groceries. The NHS doesn’t have anything like that yet.’

The team published their research in the journal BMJ Open. 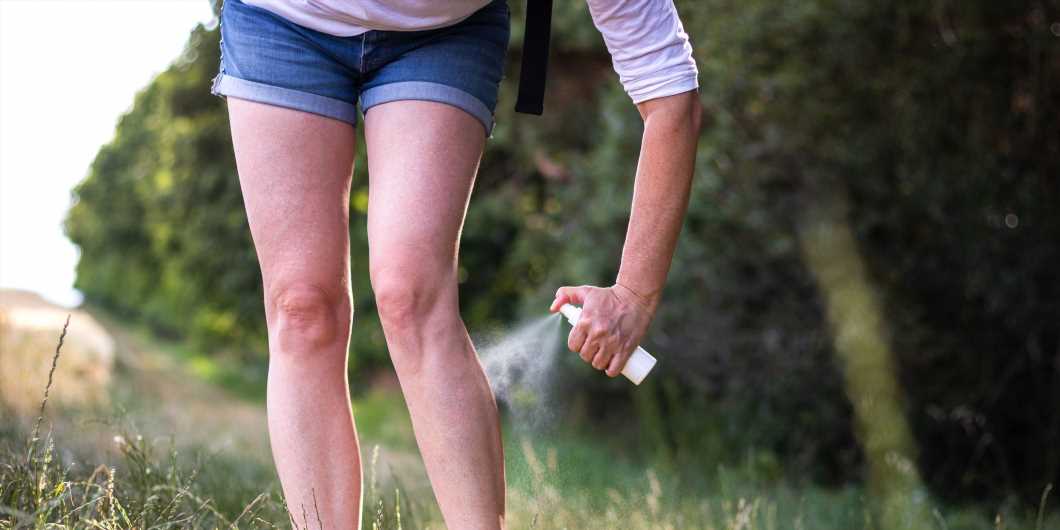