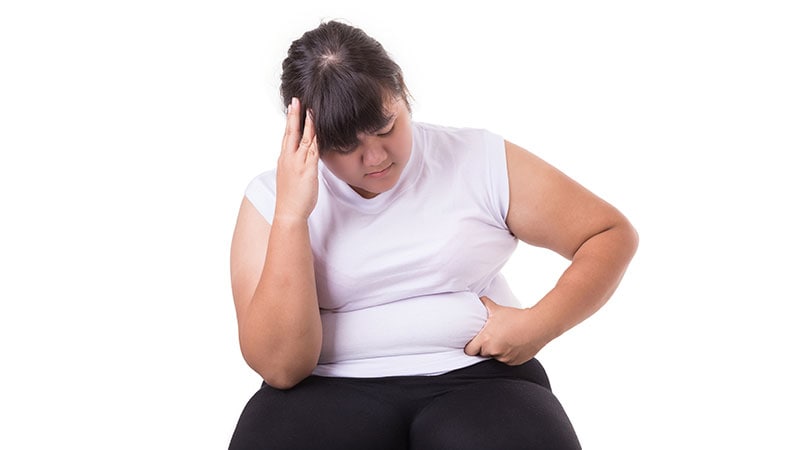 The new Clinical Practice Guideline for the Evaluation and Treatment of Pediatric Obesity by the American Academy of Pediatrics (AAP), expected soon, is a “sea change,” quashing “watchful waiting,” according to one expert.

The document is slated for publication in December/January.

Several authors provided a behind-the-scenes glimpse of drafting the document at a joint AAP/The Obesity Society (TOS) session at the recent ObesityWeek® 2022 meeting.

“The last [guideline] was published in 2007, so we’re due for a new one,” Ihuoma Eneli, MD, associate director of the AAP Institute for Healthy Childhood Weight, told Medscape Medical News.

“I think the last guidelines did a lot for us,” she added. “It set the stage for a number of the studies that we saw, which we use now for these second guidelines.”

“I hope people see that [the new guideline is] very child-centered and very pragmatic,” said Eneli, who is professor of pediatrics at Ohio State University in Columbus. “Our goal is really to empower the primary care physician in order to improve access to care for obesity [for children], given how common it is,” she emphasized.

“What I see as being most important is a sea change in fundamentally how they’re viewing obesity — that is, that it’s a chronic, refractory, relapsing disease, and that watchful waiting is no longer appropriate,” said session co-chair Aaron S. Kelly, PhD.

“So, early intensive treatment is the order of the day,” Kelly, a professor of pediatrics at the University of Minnesota Medical School, Minneapolis, who was not involved with developing the guidelines, told Medscape Medical News.

Sarah E. Barlow, MD, a professor of pediatrics at University of Texas Southwestern Medical Center, Dallas, and a co-author, told the audience it takes 17 years for guidelines to be implemented.

“I think we need to have somewhat muted expectations about changing the landscape of the field right out of the gates,” Kelly commented, “but we have to get out of the gates, and I think that’s what this new clinical practice guideline is going to do. It’s a good start.”

“We’re identifying anti-obesity medications that are starting to be highly effective, safe, and tolerable, and that combined with proper lifestyle modification therapy is going to change the equation fundamentally for a lot of these kids,” he said. “We’re not there yet. We have a long way to go, but I think there’s a lot of hope.”

Kelly was the primary investigator for the clinical trial of the daily injectable glucagon-like peptide 1 (GLP-1) agonist liraglutide (Saxenda) for teens, published in the New England Journal of Medicine, which led to its approval in this age group in 2020, and he was a session moderator when results of the STEP TEENS trial of the once-weekly GLP-1 agonist semaglutide in teens were presented at this conference just last week.

“I think it was palpable in the room how excited people were — and it’s not just about semaglutide,” Kelly said. “Semaglutide represents a new frontier of hope that we’re starting to get degrees of weight loss and [body mass index (BMI)] reduction that matters not only to the clinician but matters to mom and dad and to the kid themselves.”

“And then we have a whole pipeline of anti-obesity medications that based on adult results give us great hope about maybe even nipping at the heels of bariatric surgery, in terms of mean outcomes,” he observed.

“I don’t want to get too far over the skis,” Kelly said, “but I think that’s within the realm of possibility in the next 5 to 10 years.”

New Guidelines Will Be Available Online and as an App

There will be an online version of the new guidelines, as well as an app version, she explained. “It’s also going to evolve over time.” The new guidelines will include algorithms for screening, diagnosis, evaluating, and treating pediatric obesity. There will be a quick reference card that maps billing codes to the algorithm. Alongside the document, there will be four videos and more than 10 podcasts.

The guidelines will be available here on the AAP website.

The AAP also has resources for children, adolescents, and their families, available at www.HealthyChildren.org and the Institute for Healthy Childhood Weight website.

Physicians and healthcare providers such as trainees, dieticians, and physical therapists can join the AAP section on obesity for $30 a year and have access to the listserv and continuing medical education.

“We hope that healthcare payors are going to look at this [guideline] and say, ‘this is what needs to happen,'” said Barlow. “I’m really excited about e-health. I think that will really shift the landscape to allow us to bring that kind of diverse and specialized care to children in rural communities.”

The AAP section on obesity is also coming out with a policy statement on primary prevention of obesity.

An audience member from Sweden said that “when I come to the US, I need to bring my own muesli because trying to find nonsugared muesli in the US is not easy. The food environment is not very good” for preventing obesity.

“None of the recommendations exist in isolation,” Eneli agreed. “They’re within the context of the environment that the child lives in. I absolutely agree with you that there are structural factors in the US, and elsewhere too, but specific ones in the US, that are barriers that will likely affect how these recommendations are implemented, and secondly, how effective they’re going to be.”

The AAP advocacy arm works with federal and state legislators, she noted. “We’re continuing to have dialog with groups like The Obesity Society and different large groups in the US. We’re just going to be optimistic that over time, slowly, it will change.”