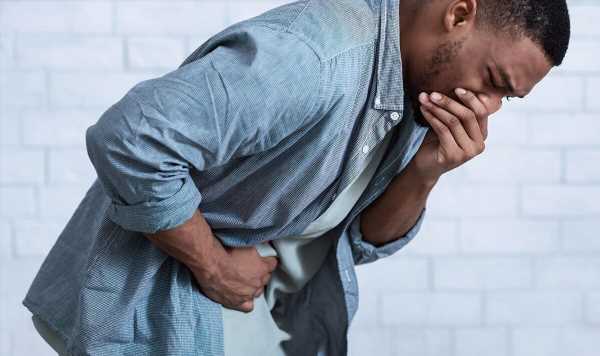 Type 2 diabetes can be a 'devastating diagnosis' says expert

Diabetes is a serious condition that causes blood sugar levels to become too high. If you are diagnosed with either type 1 or 2 you will be equipped with ways to manage the symptoms. However, left untreated the condition can have severe consequences.

This was the case for a 26-year-old man in the US who attended hospital after experiencing vomiting and nausea for 24 hours.

He had no past medical history but was classified as obese, and records showed his mother and aunt both had type 2 diabetes.

When he started vomiting the night prior he believed he had food poisoning or a stomach virus.

In a case study, which was published by Medicine Matters, it explained: “The vomiting got worse over the course of today so his family brought him to the emergency room.”

Medical staff noted that he was dehydrated and likely experiencing acute diabetic ketoacidosis, a complication that is more common among type 1 diabetics but typically only affects about 10 percent of those with type 2.

He was also suffering from stomach pain and was hyperventilating.

“The patient is in diabetic ketoacidosis (DKA) and this is the first and most important thing to treat and stabilise,” the study says.

“He was treated using the DKA protocol (ie, fluids, intravenous insulin, and electrolyte supplementation) and his condition improved over the next 36 hours. It was clear that his insulin needs were significant.

“Once his DKA was resolved, he was started on subcutaneous insulin, requiring 48 units of basal insulin glargine and 14 units of insulin as part at each meal, and a correction of 3 per 50 units above 150 units.”

What is diabetic ketoacidosis?

Diabetic ketoacidosis occurs when the body doesn’t have enough insulin to allow blood sugar into your cells to be used as energy.

This causes your liver to break down fat for fuel instead, which creates acids called ketones.

If too many ketones are produced quickly, they can build up to dangerous levels in your body.

Early symptoms include being thirsty and needing to urinate a lot.

According to the Centres for Disease Control and Prevention, other symptoms will appear if it is left untreated including:

The patient remained in hospital for five days and went home with insulin.

Within a couple of weeks his blood sugar levels “normalised”.

What is the difference between type 1 and type 2 diabetes?

It is unknown exactly what causes type 1 diabetes, whereas type 2 has been linked to several factors including diet, lack of exercise and being overweight.

Type 2 is far more common, with 90 percent of all diabetes patients in the UK diagnosed with it.

Both types cause blood sugar levels to become too high, however, type 1 occurs when the immune system attacks and destroys the cells that produce insulin.

Whereas, in type 2 patients this happens when the body does not produce enough insulin, or the body’s cells do not react to insulin.