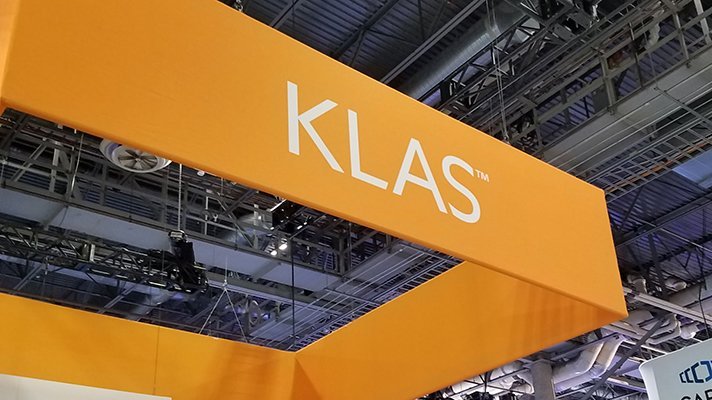 With hospitals and health systems looking to leverage analytics tools to channel firehoses of data into actionable insights and achievable improvement initiatives, there’s plenty of software from which to choose.

And most of the vendors who develop it make big promises about what it can help make happen. But as the most recent KLAS report asks: "Are advanced analytics technologies really driving healthcare outcomes to the extent vendors claim?"

As providers seek to make up ground on a host of clinical and financial challenges, they've got a lot of decisions to make about the technologies in which they could invest.

In the new study, "Healthcare Business Intelligence 2018: Who's Advancing Data Analytics & Infrastructure?" KLAS asked several leading analytics vendors – both brand-name and emerging – to each put the research firm in touch with three of their "most advanced, forward-thinking clients" and allow them to be interviewed about the outcomes they've been able to accomplish with those companies' BI tools.

The new report spotlights some "newcomers making a splash," according to KLAS, such as Jvion (founded: 2011), which has gained favor with a focused tool to predict and prevent readmissions. By making use of its own clinicians, who can better help spot at-risk patients, the company is able to offer credible risk scores and intervention recommendations, its clients said.

And the study shows that HBI Solutions is similarly well-liked by its customers for a risk-stratification methodology that can help manage complex analytics projects such as risk tracking for sepsis, opioid abuse and chronic conditions.

It also cited SAS ("historically recognized for their predictive modeling capabilities") and Information Builders ("the only vendor with clients that have been validated using native technology for all the core capabilities and advanced analytics functionalities KLAS measures") as vendors to watch.

Meanwhile, KLAS noted that data visualization companies such as Qlik and Tableau are also investing big in advanced analytics tech of their own. The former is "demonstrating progress as current clients adopt new functionality," while the latter's customers are finding successes as it integrates acquisitions designed to improve artificial intelligence and natural language processing capabilities.

Epic, Cerner have their own analytics corners

It’s often the biggest names that are the first vendors hospitals and health systems turn to when seeking analytics tools. KLAS pointed out that Epic has, "by a significant margin, the deepest adoption of advanced functionalities among their customers with most advanced solution usage."

True, the Wisconsin-based IT giant may not have always been best known as analytics leader, but its BI tools have a "track record of high adoption among their customers in new areas of focus," according to the report. "Epic clients are consistently leveraging the vendor’s predictive algorithms for best-practice alerts, readmissions, and decision support."

The study noted that Epic's customers – who are leveraging its predictive modeling for projects such as risk scoring for sepsis and blood clots and to track caregiver behavior and meds administration – say the tool has "improved in the last 12 months, especially in regard to its ability to incorporate non-Epic data." And while Epic's analytics software "can be clunky and at times struggle with accuracy," its client base is generally optimistic that the tech will continue to evolve.

With regard to Cerner, on the other hand, KLAS notes that even its most analytically advanced clients "are just getting started" when it comes to making the most of its BI capabilities.

"With the exception of a demonstrated ability to drive outcomes related to sepsis mortality, Cerner customers (some of whom use other EMRs) report the solution is still immature," according to KLAS. "They say it lacks a testing environment, that incorporating external data is challenging, that support staff is not fully trained on available functionality, and that Cerner does not yet offer predictive analytics tools."

IBM responded this past week to some recent critical coverage of its Watson cognitive computing platform, whose recent reported challenges have caused many to wonder how excited healthcare should be about AI-powered analytics and decision support.

While KLAS did not focus on Watson customers its new report, it noted that "a handful of respondents (some of whom are IBM customers) brought up the promises of Watson’s computing power." But it said they also mentioned some difficulties in forming partnerships with IBM, and offered their perceptions that "IBM isn’t yet contributing to tangible outcomes."

As for IBM's Cognos Analytics software, KLAS pointed out that many clients, even some using the latest version, said they were dissatisfied with the technology when it came to anything beyond "basic query, extraction and reporting."

Responses showed that a "lack of functionality and support from IBM means clients must invest significant amounts of their own time and effort to keep the product working." They also cited "frequent crashes, poor usability, substandard visualizations and security, and a lack of investment in client relationships."

Other analytics vendors examined in the KLAS report include Dimensional Insight, Health Catalyst, Microsoft and Oracle.

Dimensional Insight, for instance, "continues to drive outcomes and deliver value, though the solution is still developing when it comes to advanced analytics," while Health Catalyst’s hybrid tech and consulting model appeals to hospitals "looking for guidance on achieving specific comments.