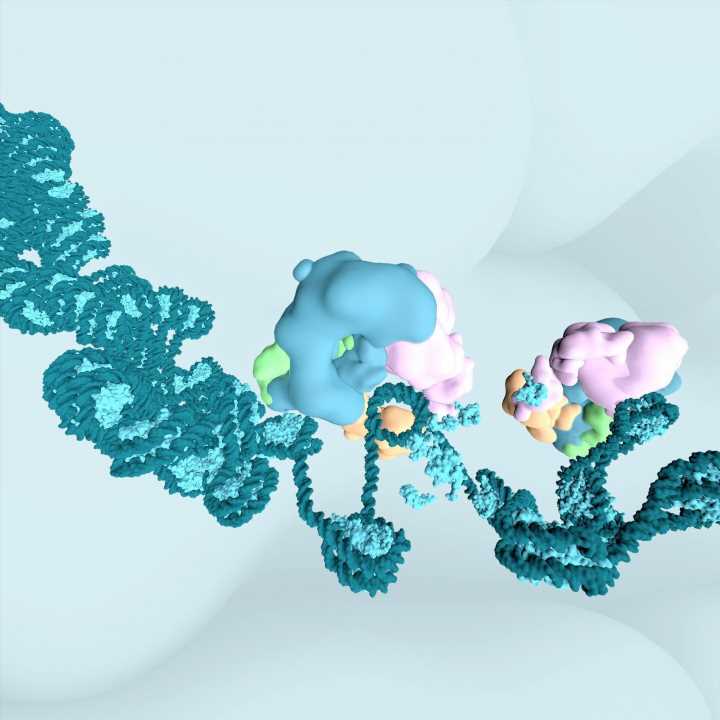 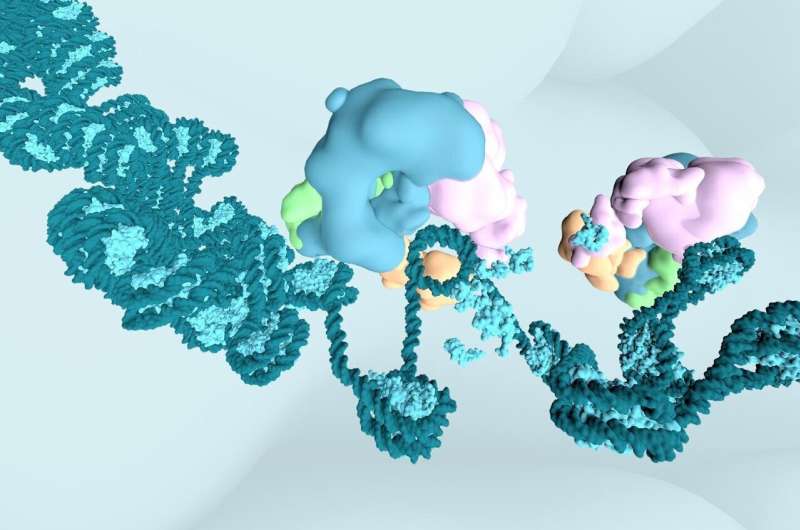 When human cells have to adapt due to a wide variety of external influences, the BAF complex plays a central role because it controls the accessibility of the DNA and thus the information stored in it. In every fifth human cancer, a mutation is found in one of the BAF complex genes. Scientists from the research group of Principal Investigator Stefan Kubicek at the CeMM Research Center for Molecular Medicine of the Austrian Academy of Sciences have investigated this complex in more detail using novel techniques and were able to show how quickly changes in the BAF complex genes influence the accessibility of DNA. The study has now been published in Nature Genetics.

Chromatin is a central component of the cell nucleus and refers to the material that makes up the chromosomes. It organizes the approximately two meters of human DNA in such a way that certain genes are activated or deactivated depending on the cell type. The smallest ‘packaging unit’ of chromatin is the nucleosome, consisting of 146 base pairs of DNA wrapped around a histone octamer. Whenever cells need to adapt, for example due to environmental influences or developmental signals, corresponding changes to chromatin are necessary. These are carried out by various enzymes, including chromatin remodeling complexes, which use the energy of adenosine triphosphate (ATP) to move nucleosomes along the DNA or to remove them completely. One important chromatin remodeling complex is the BAF complex. It consists of up to 14 subunits encoded by 29 genes which interact in different combinations. Previous studies have found mutations in certain subunits of the BAF complex in numerous cancers. In their recently published study, CeMM Principal Investigator Stefan Kubicek and his research group investigated the direct effects of changes in the BAF complex on DNA accessibility.

Faster than the cell cycle

In order to observe the functions of chromatin remodeling complexes, commonly genetic methods are used which can inactivate these proteins within 3-5 days. However, due to the slowness of these technologies, they were hardly suited to determine the immediate effects of changes to the BAF complex on DNA accessibility. Therefore, the scientists Sandra Schick, Sarah Grosche and Katharina Eva Kohl from Kubicek’s research group relied on a so-called degron system. “Here, too, we use CRISPR genome editing. But instead of destroying a BAF subunit, we fuse it with a small protein called a ‘dTag’. By adding a specific active substance, we can then recruit the ‘dTag’-tagged subunit to components of the cellular ‘waste removal’. The labeled BAF subunit is then degraded within one hour. This makes it possible to precisely observe whether and how accessibilities subsequently change,” explain the study authors. Stefan Kubicek adds: “Our study has shown that removing a specific subunit of the BAF complex immediately leads to a loss of accessibility to certain DNA regions. The effect appears immediate, hinting that the cell cycle plays no role in this process. We were also able to confirm these results with pharmacological inhibitors of the BAF complex, which showed particularly fast effects. We assume that processes similar to those in our model system also play a role in carcinogenesis when mutations of a subunit of the BAF complex occur in cells for the first time.”

In earlier studies, Kubicek’s research group had already investigated how different genes within the BAF complex interact. This showed that cells in which only a certain BAF subgroup has a mutation and reduces DNA accessibility can continue to live and grow. In some cases, however, the additional deactivation of another, specific subgroup leads to cell death. This interaction of specific genes is called synthetic lethality. A known synthetic lethality exists in the two genes SMARCA2 and SMARCA4. Cells can tolerate the loss of either of these genes but die as soon as both are mutated. Mutations of SMARCA4 have been found to be particularly common in cancer cells. Specific SMARCA2 inhibition has the potential to exploit synthetic lethality to specifically kill these SMARCA4-mutated cancer cells without damaging healthy cells. In their current study, the study authors observed the immediate effects of synthetic lethality. “We wanted to know what happens when we remove both subunits,” says study author Sandra Schick. This showed that compared to the loss of each individual subunit, even more regions of the DNA lose accessibility, especially those that are crucial for cell identity. “We see that so-called ‘super-enhancers’, very active gene regulatory regions, only lose their accessibility when we trigger this synthetic lethality, i.e. lose both SMARCA4 and SMARCA2.”