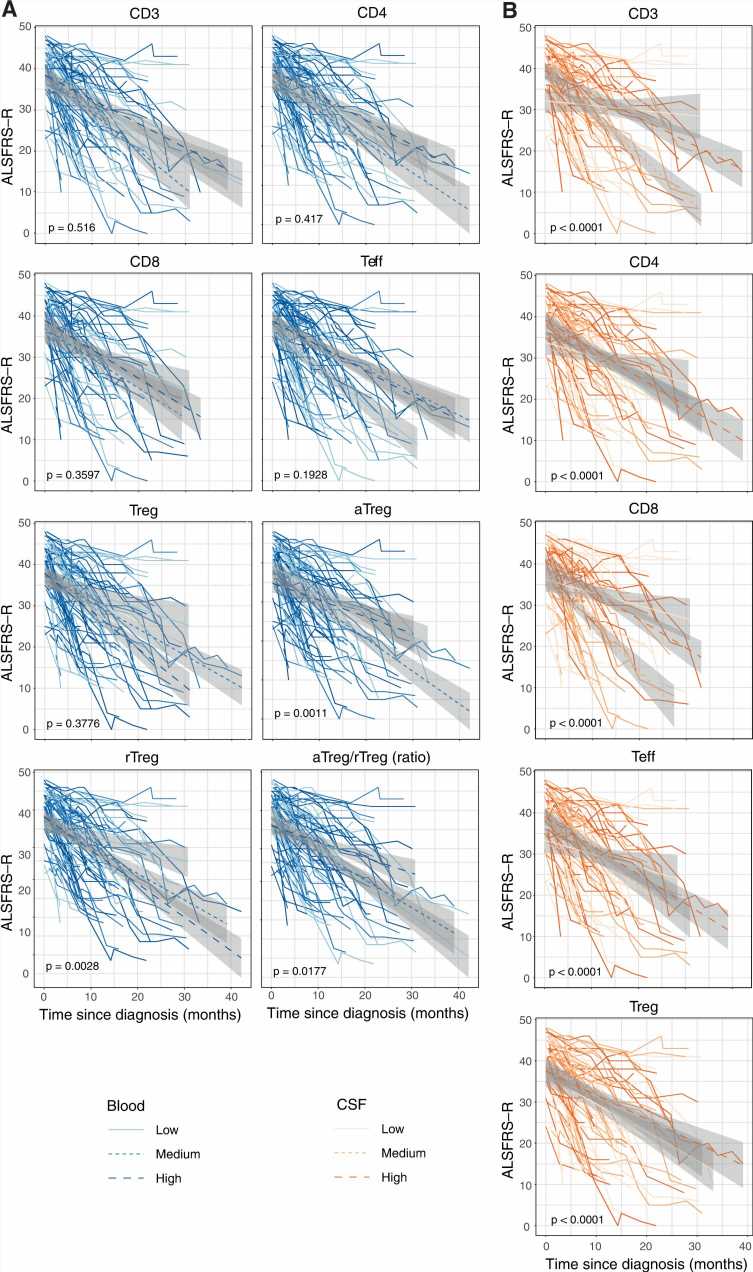 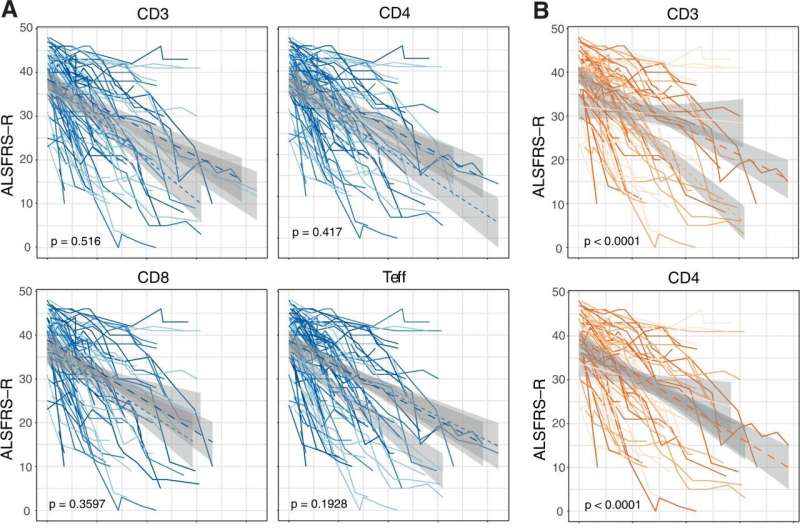 By measuring immune cells in the cerebrospinal fluid when diagnosing ALS, it is possible to predict how fast the disease may progress according to a study from Karolinska Institutet published in Nature Communications.

ALS is a rare, but fatal disease that affects the nerve cells and leads to paralysis of voluntary muscles and death. In a new study, researchers from Karolinska Institutet have discovered a way to predict the course of the disease in ALS patients.

Between March 2016 and March 2020, researchers collected fresh blood and cerebrospinal fluid from 89 patients in Stockholm who had recently been diagnosed with ALS. The patients were followed until October 2020.

The study shows that a high proportion of so-called effector T cells are associated with a low survival rate. At the same time, a high proportion of activated regulatory T cells indicate a protective role against the rapid disease progression. The findings provide new evidence for the involvement of T cells in the course of the disease and show that certain types of effector T cells accumulate in the cerebrospinal fluid of ALS patients.

“The study could contribute to the development of new treatments that target immune cells to slow down the course of the disease,” says Solmaz Yazdani, a doctoral student at the Institute of Environmental Medicine at Karolinska Institutet and first author of the study.

The next step in her research is to study how T cells contribute to the course of the disease.

“We have plans to collect samples from these individuals to study changes in the immune cells over time. In addition, we want to study effector T cells in more detail to understand their role in ALS.”