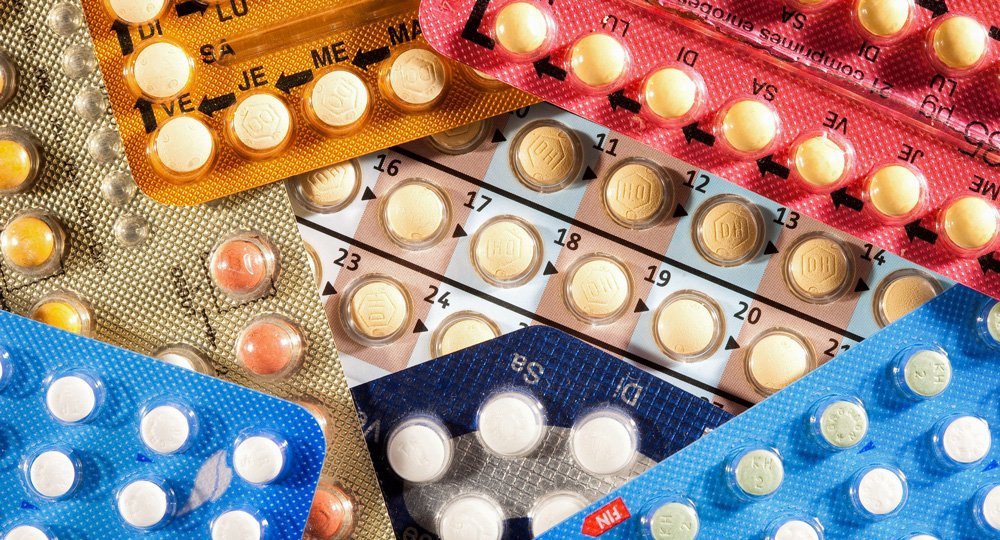 Ladies around the world can all agree: Figuring out the best way to deal with PMS (exercise? ice cream?) is no easy feat. But as it turns out, your birth control method of choice—as well as how you decide to use it—can impact the aches and pains associated with your cycle.

Here, find out how four popular pregnancy prevention methods might mess with your PMS. (And remember, everybody is different. If you notice any worsening in period pains or any big changes that might be related to your birth control, tell your ob-gyn.)

AN IUD
An IUD is “not going to affect PMS in any way, shape, or form because it’s a local form of contraception that works by interacting with the uterus,” says Sasan. That means neither the hormone-free ParaGard nor Mirena (which releases small amounts of the hormone levonorgestrel into your uterus) should alleviate or worsen any of your monthly woes, she says. So if you suffer from bad PMS, you may still suffer; if you don’t, you likely still won’t. And while some women do report cramping after having an IUD inserted, research suggests that period pain isn’t actually made worse by the device.

THE RING
NuvaRing is a small ring you insert into your vagina once a month (you usually leave it in for three weeks, take it out for one, and insert a new one at the end of the month) to prevent pregnancy. It releases a low dose of progestin, the synthetic version of progesterone (that’s also in birth control pills) and estrogen. Like with the Pill, “you should notice an improvement in PMS symptoms as opposed to going au natural,” says Sasan. (The reason why it helps: Before your period, your progesterone and estrogen levels change, creating an imbalance that leads to all your favorite symptoms.) That said, if you’re taking a week off from the ring, PMS can still be a reality.

But you probably can guess where we’re going with this one: The ring is similar to the Pill—you can leave it in for four weeks at a time, take it out, immediately put in another ring, and that’s fine, says Minkin. Like with the birth control pill, too, a steady state of hormones should nix symptoms of PMS, says Sasan.

THE ARM IMPLANT
Nexaplon, the arm implant, is a small, soft device your doc inserts into your arm. It releases progestin, stopping your body from ovulating and preventing pregnancy for about three years. What that means for PMS? “If you’re not ovulating, you’re not experiencing a change of hormones, so that should certainly help with PMS—and in addition, many women on the implant will not get a period,” says Sasan. “Some people do, but some don’t.”

THE PILL
Generally, being on the Pill can ease PMS symptoms. This is particularly true for Yaz, says Dr Mary Jane Minkin, a clinical professor of obstetrics and gynecology at Yale University School of Medicine. That’s because Yaz includes drospirenone, a chemical that acts like both the sex hormone progesterone and a diuretic. When your progesterone levels get out of whack during that time of the month, they can interfere with serotinin (the mood-regulating hormone), causing irritability. Yaz helps prevent that. As far as the diuretic benefits, many people believe fluid retention exacerbates symptoms of premenstrual dysphoric disorder (PMDD)—or really, really bad PMS, notes Minkin.

A good piece of news: If you continuously take the Pill (and toss the sugar pills), you can skip your period and the crazy PMS symptoms that come with it. Here’s why it works: When you take a week off the Pill, you experience a drop in the hormones estrogen and progesterone, a “Pill-induced period,” and pesky PMS symptoms, says Fahimeh Sasan, doctor of osteopathic medicine, an ob-gyn at Mount Sinai Hospital in New York.

Dive right into the next pack, though, and “you’re getting the same amounts of hormones all month,” she says. As a result, “you don’t get PMS,” says Sasan. “If someone feels crummy during her period, there’s no reason she cannot use continuous pills,” says Minkin.