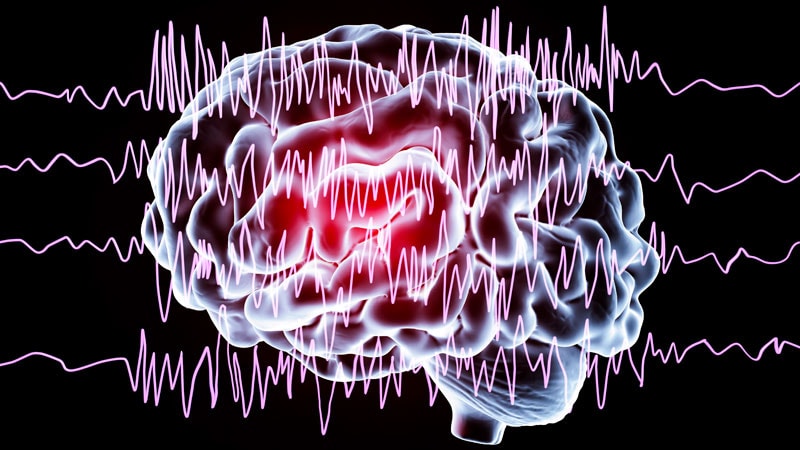 Individuals who have had COVID-19 are more likely to develop seizures or epilepsy after being infected than their peers who have had influenza, new research suggests.

In an analysis of more than 300,000 individuals, those who had COVID were 66% more likely than those with influenza to develop epilepsy or seizures during the 6 months after infection.

The risk was highest in children and in those who had not been hospitalized for COVID, the researchers report.

“While the overall risk of developing seizures or epilepsy was low ― less than 1% of all people with COVID-19 ― given the large number of people who have been infected with COVID-19, this could result in increases in the number of people with seizures and epilepsy,” senior investigators Arjune Sen, MD, PhD, associate professor and head of the Oxford Epilepsy Research Group, University of Oxford, United Kingdom, said in a news release.

The findings were published online November 16 in Neurology.

“There have been, especially early on in the pandemic, small case reports or small case series suggesting that seizures could occur following COVID-19, but we weren’t seeing a dramatic increase in seizures in the clinic in people who had been infected,” he said.

Therefore, the investigators set out to “define whether or not there actually was an association between COVID-19 and epilepsy and seizures,” Sen noted.

They turned to an electronic health record (EHR) network encompassing 81 million people and compared patients who had had COVID with those who had had influenza. In each cohort, the researchers analyzed the incidence and hazard ratios (HRs) of seizures and epilepsy. They stratified the data by age and by whether the patient had been hospitalized during the acute infection.

Of 890,934 EHRs, they arrived at two cohorts (n = 152,754 each) that were “closely matched” for demographic characteristics and comorbidities, both psychiatric and medical. Covariates included age, sex, race, ethnicity, comorbidities, and lifestyle factors.

The primary outcome was 6-month incidence of the composite endpoint of epilepsy or seizures, while secondary outcomes included seizures and epilepsy separately.

Be Alert for Even Mild Seizures

Results showed an increase in the incidence of the composite endpoint of seizures or epilepsy in the COVID vs the influenza cohort. When seizures and epilepsy were assessed separately, there was also an increased risk for each outcome.

When the researchers stratified their analysis by age, they found an increased risk for the composite endpoint in children as well as adults, but the increase in risk was greater in children.

The risk for epilepsy after COVID was “significantly moderated by age and more marked among children than adults” in comparison with influenza (moderation coefficient, 0.68; 95% CI, 0.23 – 1.13; P = .0031), the researchers report.

Risk for the composite endpoint was also greater after COVID vs influenza among those who had not been hospitalized vs those who had been.

On the other hand, hospitalization status was a significant moderator for the association between COVID and epilepsy, with a “more marked” association among nonhospitalized patients (moderation coefficient, 0.52; 95% CI, 0.11 – 0.93; P = .012).

There were also important differences between hospitalized and nonhospitalized individuals, with the HR for the composite endpoint peaking at 9 vs 41 days, respectively. At that time point, nonhospitalized participants were more than twice as likely to have seizures or a diagnosis of epilepsy after COVID-19 vs after influenza.

“We found that the overall rate of seizures after COVID is low, which would match what we’ve been seeing in clinic; but, although low, it’s still significantly more than after influenza,” Sen said.

He suggested that clinicians “should be aware that this can happen and that it may manifest as milder seizures where people don’t lose consciousness or have unusual symptoms.”

The findings also “highlight the increased risk in children,” Sen said. He noted that children should be vaccinated “because, even if the COVID infection is relatively mild, there may be unwanted sequelae.”

Bensken, who is co-author of an accompanying editorial, was not involved in the study.

Awareness of the long-term risk of developing seizures among individuals who have had COVID “should motivate continued prevention of infection, as well as greater attention to lasting neurological symptoms and disease,” he noted.

“Importantly, we must also acknowledge that the risk of COVID-19 infection has been, and continues to be, inequitably distributed in the population,” said Bensken.

“Studies like these that highlight the neurological consequences of COVID-19 infection reinforce efforts to address the drivers of these inequities,” he added.

Batya Swift Yasgur MA, LSW is a freelance writer with a counseling practice in Teaneck, NJ. She is a regular contributor to numerous medical publications, including Medscape and WebMD, and is the author of several consumer-oriented health books as well as Behind the Burqa: Our Lives in Afghanistan and How We Escaped to Freedom (the memoir of two brave Afghan sisters who told her their story).