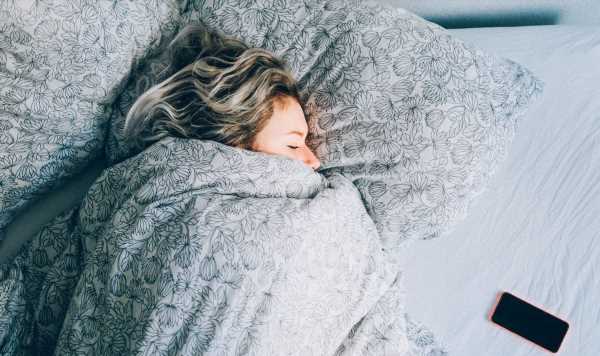 Snoring: Doctor explains how to sleep better at night

Good sleep encompasses two major components; duration and quality. The body goes through an intensive process of physical repair during shut-eye. When sleep is cut short, however, the regenerative process becomes significantly disrupted. According to new scientific findings, getting less than just five hours each night could set the body up for disease.

New research published in the medical journal PLOS Medicine, suggests getting less than five hours’ sleep per night could be the tipping point for poor health.

The UCL-led research found that getting less than five hours of sleep in mid-to-late life was linked to an increased risk of developing at least two chronic diseases.

The lead author of the study, Doctor Severine Savia, said: “Multi-morbidity is on the rise in high-income countries and more than half of older adults now have at least two chronic diseases.

“This is proving to be a major challenge for public health, as multi-morbidity is associated with his healthcare service use, hospitalisation and disability.”

For their research scientists looked at how sleep duration of nine or more hours affected the health outcomes of more than 7,000 men and women aged 50, 60 and 70.

Their findings showed that sleeping less than five hours at the age of 50 increased the likelihood of chronic disease by 20 percent.

It also appeared to increase the risk of having two chronic diseases by 40 percent over the course of 25 years.

“As people get older, their sleep habits and sleep structure change. However, it is recommended to sleep for seven to eight hours a night – as sleep durations above or below this have previously been associated with individual chronic diseases,” noted Doctor Savia.

When the body is sleep-deprived, infection-fighting antibodies and cell numbers are reduced, which weakens the body’s immune defences.

During sleep, the immune system also releases cytokines which the body relies on when it has an infection or is under stress, according to the Mayo Clinic.

Doctor Savia added: “To ensure a better night’s sleep, it is important to promote good sleep hygiene, such as making sure the bedroom is quiet, dark and a comfortable temperature before sleep.

“Physical activity and exposure to sleep during the day might also promote good sleep.”

Jo Whitmore, a senior cardiac nurse at the British Heart Foundation pointed out that there are a number of ways poor sleep hinder cardiovascular health.

It may heighten the risk of heart disease and stroke by promoting inflammation and blood pressure noted the expert.

While sleeping less than five hours is unfavourable to health, sleeping more than nine can be just as detrimental.

In fact, the results of the study show that in participants who had already been diagnosed with a chronic condition, long sleep duration was associated with a 35 percent higher risk of other illnesses.

Previous research has shown that sleeping for nine or 10 hours every night increases the likelihood of obesity 21 percent over a six-year period.

The researchers suspect that the reason for this could be due to pre-existing conditions affecting sleep.

The Mayo Clinic adds that in adults, sleeping more than nine to 10 hours a night may result in poorer sleep quality.