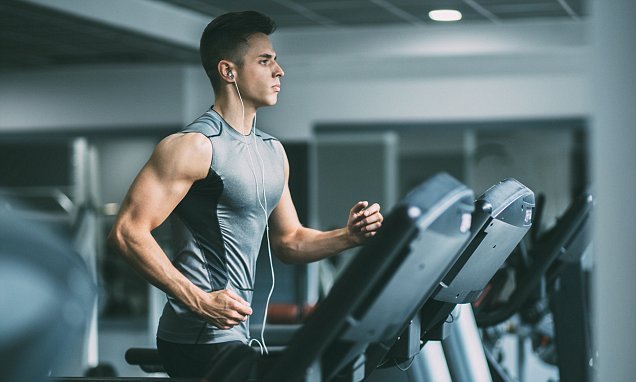 Exercise could beat cocaine addiction: One hour on the treadmill five times a week may stop ex-users from relapsing by causing ‘memory clearance’ to help forget cravings

Running on a treadmill for one hour five times a week may make ex-users less likely to relapse, an animal study found.

Previous research suggests exercise boosts a person’s mood, which may help recovering addicts cope with withdrawal symptoms. Being active may also cause ‘memory clearance’ that helps ex-users forget their cravings.

Lead author Dr Panayotis Thanos, from the University at Buffalo, said: ‘Our results suggest that regular aerobic exercise could be a useful strategy for relapse prevention, as part of a comprehensive treatment program for recovering cocaine abusers.’

Cocaine dependency affects nearly one million people in the US, while around one in 24 people aged 15-to-34 take the drug at least once a year.

Up to two-thirds of cocaine addicts who seek help relapse a few months after treatment. 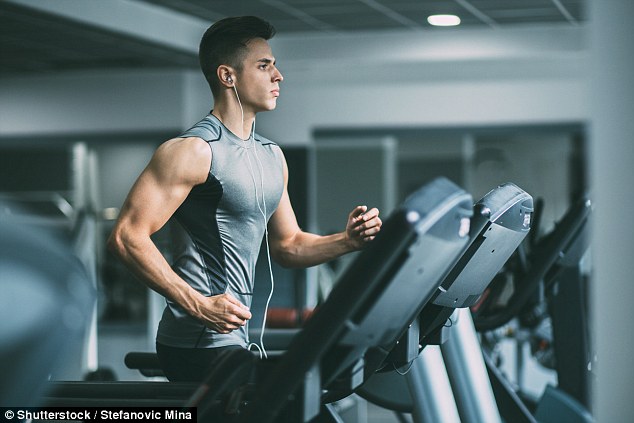 DOES CANNABIS HELP ALCOHOL AND COCAINE ADDICTS OVERCOME THEIR DEPENDENCIES?

A supplement derived from cannabis may help alcohol and cocaine addicts overcome their cravings, research suggested in March 2018.

Recovering rats given cannabidiol (CBD) are less likely to relapse when exposed to drugs, a study, by the Scripps Research Institute in La Jolla, California, found.

This is thought to be due to the supplement easing anxiety and stress, as well as reducing impulsive behaviour, according to the researchers.

The researchers hope the findings will assist in the development of treatments to prevent human drug relapses.

CBD is a cannabis-derived nutritional supplement that is thought to possess a range of medicinal benefits and has been reported to help people suffering from migraines, psoriasis, acne and depression.

Legal in the UK, it does not contain any THC, which is the psychoactive component of marijuana that makes users ‘high’.

Speaking of the findings, lead author Dr Friedbert Weiss said: ‘The efficacy of the CBD to reduce reinstatement in rats with both alcohol and cocaine – and, as previously reported, heroin – histories predicts therapeutic potential for addiction treatment across several classes of abused drugs.

‘The results provide proof of principle supporting the potential of CBD in relapse prevention along two dimensions: beneficial actions across several vulnerability states and long-lasting effects with only brief treatment.

The rodents were then placed in an apparatus with different compartments for 15 minutes, with their time spent in each section being recorded to determine their favourite.

After four days of cocaine administration, the animals were placed in their non-preferred chamber followed by their favourite for 30 minutes. Any change in activity was recorded throughout.

The theory was the rats would associate their preferred chamber with being under the influence of cocaine.

Half of the rodents then ran on a treadmill for an hour a day, five days a week, for 42 days. The remaining animals did no exercise.

When they were placed back in the apparatus, cocaine dependency was defined as spending more than 55 per cent of the time in the drug-associated chamber on two consecutive days.

Stress was assessed by analysing the rodents’ hormone levels in their blood samples.

Being active does not reduce stress hormone levels in such rodents.

The findings were published in the journal Behavioural Brain Research.

Doctors call for heroin, cocaine and cannabis to be made legal

This comes after doctors called for heroin, cocaine and cannabis to be legalised last April.

The Royal College of Physicians (RCP), which represents 26,000 medics in the UK, said it: ‘strongly supports the view that drug addiction must be considered a health issue first and foremost.’

Rather than being punished, the RCP believes drug users should be offered support and ‘timely’ treatment.

The death rate from illegal drug overdoses in the UK has more than doubled in the past decade, with over two in three people not knowing where to get help if they were battling an addiction, according to the report ‘Taking a New Line on Drugs’.

The RCP said: ‘These figures demonstrate a clear need for physical, psychological and social support and care for people addicted to drugs.’

This comes after analyses suggest heroin and crack users are dying of overdoses in the areas of England where cuts to drug-treatment budgets are greatest.