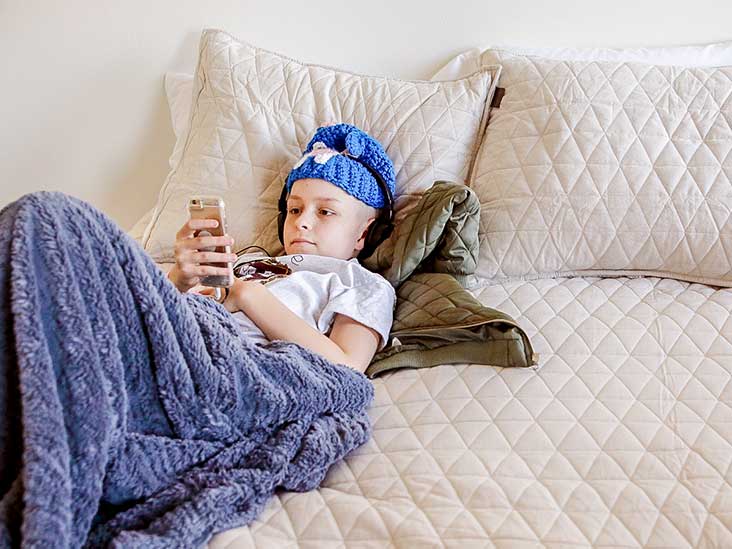 The survival rate for children with cancer has improved dramatically, but experts say this also means there are more survivors who can face long-term health issues. 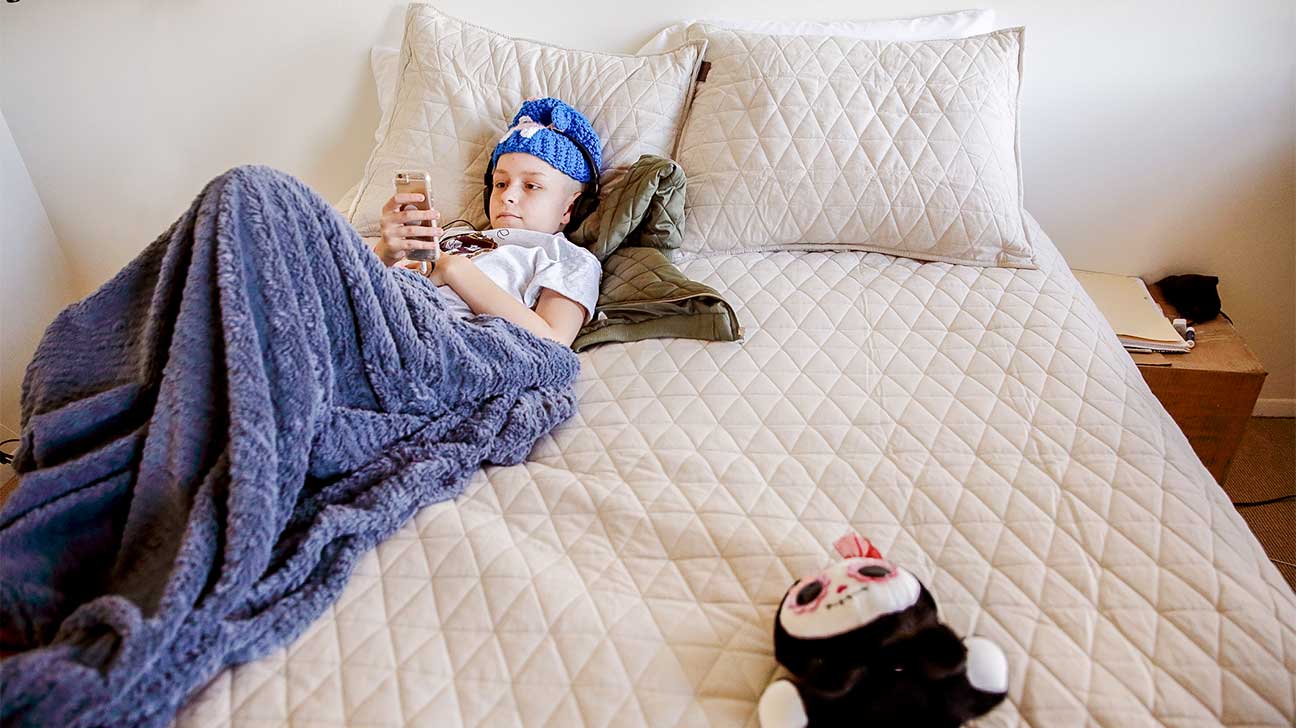 When a child is diagnosed with cancer, the only thing that parents generally focus on is finding the right treatment.

But what many parents don’t know or fully understand is that treatments for childhood cancers — particularly radiation — can lead to serious health complications in the young patients as they grow older.

A Clinical Practice Guideline released last week by the Endocrine Society revealed that as many as 50 percent of cancer survivors who were diagnosed and treated as adolescents will develop one of several hormone-related ailments, including hypothalamic-pituitary and growth disorders.

“Kids are more sensitive to the damaging effects of radiation than adults,” Charles Sklar, an orthopedic endocrinologist at Memorial Sloan Kettering Cancer Center in New York and chair of the committee that developed the guideline, told Healthline.

“Some adult cancer patients are at risk, too, as well, but this is much less well-studied,” said Sklar.

He noted that the standard-of-care treatments for a number of childhood cancers, including brain tumors, Hodgkin’s lymphoma, and leukemia, can cause these disorders.

If a condition is diagnosed, he said, clinicians in most cases should treat these survivors with the same approaches as other patients who develop endocrine conditions.

The guideline, titled “Hypothalamic-Pituitary and Growth Disorders in Survivors of Childhood Cancer: An Endocrine Society Clinical Practice Guideline,” was published online and appears in this month’s print issue of The Journal of Clinical Endocrinology and Metabolism (JCEM), a publication of the Endocrine Society.

The guideline was co-sponsored by the European Society of Endocrinology and the Pediatric Endocrine Society and endorsed by the Pituitary Society.

It was created by a writing committee of six medical experts and a methodologist.

Among other things, the guideline points out that because of profound advancements in cancer research and care, the five-year survival rate for childhood cancer is now more than 80 percent.

But childhood cancer survivors are still at increased risk for a wide range of serious health conditions, including endocrine system disorders.

Sklar said that for these survivors, the guideline stresses the importance of lifelong screening for earlier detection of these hormonal disorders and optimal patient care.

“Childhood cancer survivors are at a very high risk for multiple serious medical conditions, including hormonal problems,” Sklar said. “That risk persists throughout a lifetime. We need long-term, regular surveillance for these patients.”

The good news about childhood cancer

Although cancer in children is rare, it’s estimated that by 2020, there will be 500,000 childhood cancer survivors in the United States.

In 2017, an estimated 15,270 children and adolescents ages 0 to 19 were diagnosed with cancer, according to the American Cancer Society.

But the overall outlook for children with cancer has improved greatly over the past 50 years.

In 1975, slightly more than 50 percent of children diagnosed with cancer before age 20 survived at least five years, according to the National Cancer Institute.

Those numbers have changed dramatically.

From 2007–2013, 83 percent of children diagnosed with cancer before age 20 years survived at least 5 years, according to the SEER 18 Research Database.

More survivors does mean more patients who could face problems as they get older.

“The number of survivors of childhood cancers has increased, so more and more of them are showing up and endocrinologists and other physicians are seeing this,” said Sklar.

As director of Sloan Kettering’s Long-Term Follow-Up Program, Sklar oversees the care of survivors of all types of pediatric cancers.

He educates them and monitors their health in order to find and treat related health problems as early as possible.

“More patients are now faced with these problems,” said Sklar.

He explained that many cancers are treated with the same types of radiation that were used a generation ago.

“We give them the best therapies, but there are still limited options for some, and for others there is only one option,” he said.

While these treatments save lives, they also create future problems for many patients.

Oncologists are generally good at letting the parents of children with cancer know the potential long-term effects of the treatment, said Sklar.

But he said the primary focus of the parents is naturally to find the best treatment for their child and not worry so much about the future.

Sklar said the key for patients is lifelong screening for earlier detection and optimal patient care.

But Sklar said that as childhood cancer patients get older they don’t always seek regular blood tests and other tests to stay on top of possible complications from their cancer.

Lack of concern among survivors

A new study from St. Jude Children’s Research Hospital supports Sklar’s contention that childhood cancer survivors are not always concerned about their future health and are prone to skip important tests.

An analysis of how adult survivors of childhood cancer view their health risk, led by a St. Jude epidemiologist and published in the journal Cancer, found that a high number of survivors showed a lack of concern for their future well-being.

The analysis of questionnaire data from 15,620 survivors found that 31 percent said they were not concerned about their future health and 40 percent were unconcerned about developing new cancers.

The finding is significant, the researchers wrote, in part because these survivors are at increased risk not only of hormonal disorders, but also of new cancers as well as cognitive and psychological problems.

The researchers, led by Todd Gibson, PhD, an assistant member of the faculty at St. Jude’s Department of Epidemiology and Cancer Control, focused on data from questionnaires administered to patients in the large-scale Childhood Cancer Survivor Study in which participants answer extensive questions about their attitudes and health status.

“The medical community has learned a lot about the risks faced by this group of survivors, but very little was known about how the survivors themselves perceived their risks of these late effects,” Gibson said in a statement.

The researchers also compared the survivors’ responses to those from 3,991 siblings of survivors.

“This feature is a real strength of the analysis, in that we can assess whether the responses of the survivors are similar to those of siblings, who were like the survivors in most respects, but were not exposed to cancer and cancer treatments,” Gibson said.

“So, we can hypothesize that any differences we see in the survivor group are related to this unique experience of cancer and cancer treatment,” he added.

The researchers found that the siblings’ concern with their future health was only slightly lower than that of survivors.

And the siblings’ concern about developing subsequent cancer was about the same.

“That similarity was really the major surprise in our findings,” Gibson said. “Despite the fact that survivors have such a greatly increased risk of both second cancers and other health problems, their perception of risk was not always commensurate with their actual risk.”

Gibson said his colleagues were also surprised at the findings, especially given that they are so intimately involved in treatment and in communicating with patients.

Gibson said he and his colleagues are unsure of the underlying cause for the lack of concern.

“At this point, we can only speculate, but the most obvious reason would be that survivors may not fully understand their risks,” he said, despite concerted efforts to educate patients about their treatments and future risks.

“We do know from prior studies that not all survivors are fully aware of the specific treatments they received and how those might increase their risks of late effects,” Gibson said.

“Other possibilities include that some survivors may actually be aware of their increased risks and choose not to be concerned,” he added. “Or, it may even be that some survivors are, indeed, following health guidelines and working with health care providers, leading to their lack of concern.”

Gibson said further research will seek to understand the motivations behind the survivors’ lack of concern.