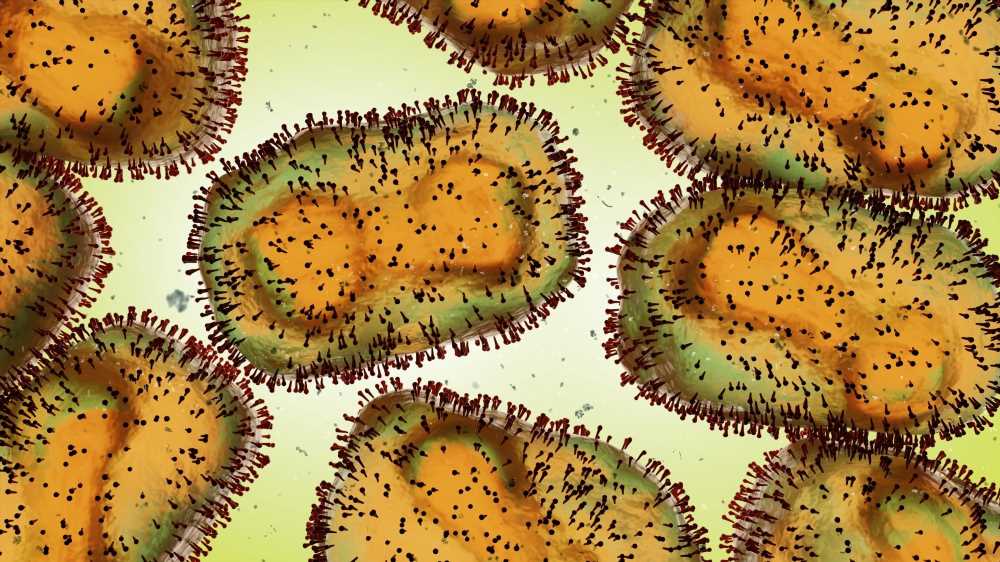 A recent report published in the United States (U.S.) Centers for Disease Control and Prevention’s (CDC) Morbidity and Mortality Weekly Report described a case of occupational monkeypox exposure. They commented on the CDC’s advisory on collecting swab samples for monkeypox testing.

The report described a case where a Florida emergency department nurse was exposed to the monkeypox virus through a needlestick injury while collecting swab samples from a suspected monkeypox patient. A needle was used to open one of the skin lesions to procure a swab sample of the lesion fluid. The injury occurred while the nurse placed the cap back on the used needle before disposal. The needle pierced the skin on the nurse’s index finger through the glove, causing a minor bleed. Immediate measures were taken to wash and disinfect the area with soap and water and a 10% povidone-iodine solution.

The swabs taken from the patient were analyzed using real-time polymerase chain reaction (rtPCR), and they tested positive for the West African Clade II monkeypox virus. The nurse was administered the first dose of the JYNNEOS vaccination as a prophylactic post-exposure treatment within 15 hours of exposure and was monitored for symptoms by the county health department and the infectious disease specialist at the hospital.

A skin lesion developed at the injury site ten days after exposure. The lesion was swabbed and tested using PCR, and multiple swabs tested positive for non-variola Orthopoxvirus and monkeypox virus. The lesion grew over the course of the next 19 days. It became deep-seated, developed a depression in the center, and formed pus. The lesion eventually scabbed over, and new skin grew under the scab. The nurse developed no other lesions or clinical symptoms, and no Orthopoxvirus-specific anti-viral medications such as tecovirimat were administered. Moreover, no secondary cases emerged from this exposure.

The CDC recommended that monkeypox skin lesions not be opened or aspirated with sharp instruments such as needles to obtain the swab samples to avoid injuries while recapping or handling the instruments.

The data from monkeypox testing during the 2022 outbreak in the U.S. revealed that swab samples taken from the skin and mucosal lesions indicated very low cycle threshold values during qPCR, signifying that sufficient viral material was obtained for conclusive tests without the need to unroof skin lesions. Thorough swabbing of the lesion’s surface provides enough samples for reliable test results, avoiding the risk of injuries and accidental exposures.

The CDC also advised healthcare departments to ensure that healthcare workers are sufficiently trained in sample collection methods and infection prevention protocols while caring for a patient with monkeypox. Furthermore, if sharp instruments are being used during other procedures of patient care, the CDC recommends that healthcare professionals implement stringent safe disposal measures for sharps.

To summarize, the present CDC advisory recommended that skin lesions on monkeypox patients are not unroofed or aspirated to obtain swab samples after a case of accidental occupational exposure to the virus through a needlestick injury.

The CDC stated that swab samples from the skin of the lesions provide sufficient viral material for a reliable positive qPCR test without the need to open the lesions.

Chinta Sidharthan is a writer based in Bangalore, India. Her academic background is in evolutionary biology and genetics, and she has extensive experience in scientific research, teaching, science writing, and herpetology. Chinta holds a Ph.D. in evolutionary biology from the Indian Institute of Science and is passionate about science education, writing, animals, wildlife, and conservation. For her doctoral research, she explored the origins and diversification of blindsnakes in India, as a part of which she did extensive fieldwork in the jungles of southern India. She has received the Canadian Governor General’s bronze medal and Bangalore University gold medal for academic excellence and published her research in high-impact journals.